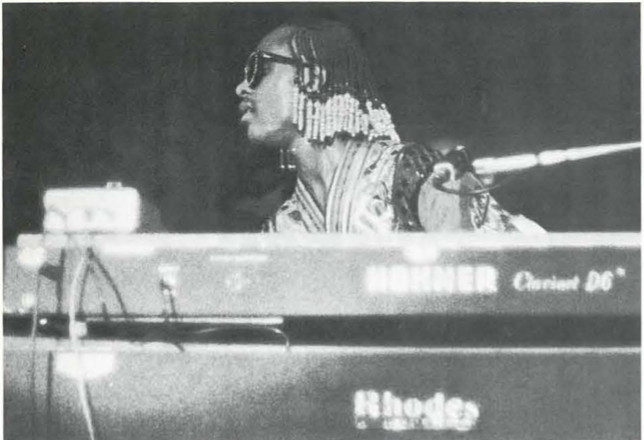 September 30th, some four thousand dinner guests sat patiently through five hours of political rhetoric on a Saturday night at the Washington Hilton Hotel. The occasion was the 8th Annual Black Caucus Dinner, an event that traditionally draws a good crowd, but this year the turnout was so great that two ballrooms (the Hilton’s and the Shoreham, Hotel’s, linked by closed circuit television) had to be rented. The $125-a-plate crowd listened politely to the speeches, ate a rather unspectacular meal, and respectfully applauded President Carter when he put in a brief appearance to assure black leaders of his administration’s support for their causes. It was, in most respects, a typical black-tie Washington function: well-knowns and not so well-known civic, religious and business leaders shaking hands, flashing smiles and making valuable contacts as they mingled with some of the country’s familiar elected officials — a social gathering at which no one genuinely relaxed.

Under normal circumstances, the hours of tedious speeches and strained geniality would have thinned out the crowd long before midnight, but something very special was testing the patience of this particular assemblage: the announced appearance of Stevie Wonder.

If you think it odd that some of the country’s most prominent political leaders, including the President himself, could be upstaged by a 27-year-old performer from the world of pop music, think again. Armed with education, experience, and professional speech-writers, our politicians spend millions of dollars and thousands of hours each year, trying to get their message across to the American people — few ever really succeed as well as Stevie does with a mere keyboard and a remarkably perceptive mind. Though his superstar status obviously sets him apart from the vast majority of people, Stevie Wonder is keenly aware of the social injustices suffered by people whose enthusiastic support played a vital part in furthering his career; his concern, as expressed in many of his songs, is genuine, and he articulates it in a language people understand. Stevie Wonder’s grass-roots popularity is the sort of thing every politician dreams of, and those who spoke on that night of September 30 knew full well that they were but a part of the opening act.

It was well after midnight when Congressman Ron Dellums of California finally introduced Stevie and told the large, expectant gathering that the next message would be “from the Book of Wonder.” The applause was thunderous, and the two-hour performance that ensued left a lasting impression on all who had the fortune to be present. It was an event destined to go down in the annals of history — a night in which a young man from the ghetto of Detroit relayed the message of the people to some of the most powerful political figures in America.

The concert began innocently enough. Stevie, backed by Wonder-love, his group of musicians and singers, opened the program with a rousing rendition of Love’s In Need of Love Today, then fed the highly charged atmosphere a succession of such Wonder hits as Higher Ground and Signed, Sealed and Delivered. Then, having relaxed his very special audience, Stevie got down to some serious business and delivered a message no one had anticipated. He moved to the piano and, by the way of the keyboard, transported his formally dressed Washington, DC audience to America’s rat-infested ghettos. As his fingers danced across the piano’s keys, he sang a most extraordinary extemporaneous song, a song clearly designed to appeal to the conscience of the political wheels within his range.

The core of this impromptu protest song was the Humphrey-Hawkins Full Employment Bill, it was a hard-hitting commentary on the limitations of proposed legislation that considers 4% unemployment acceptable, ‘Four percent unemployment by 1983, For the richest country in the world to think that four percent is pretty good, that is what I call bullshit.” The young singer had hit the nail on the head, he had reminded the assembled black leaders, in a most direct way, that the needs of the Nation’s poor far exceed what the Carter Administration is bargaining away. There was a spontaneous burst of applause, but Stevie was not impressed, ‘I didn’t do that to make you clap,” he said.

Some of the applause might have been genuine, but much of it obviously came out of embarrassment, for the majority of Stevie’s audience has uncritically embraced President Carter just hours before. They knew that the original bill, introduced by black California legislator Gus Hawkins, had been watered down by the late Senator Hubert Humphrey, and that President Carter had further diluted it to the point where it now represents little more than a moral commitment to Full employment (i.e., 4% unemployment).

Stevie also questioned the sincerity of the campaign-style promises made by the President earlier in the evening. Will you forget tomorrow all the things you promised the night before? he asked, and his audience burst into laughter. “You’re laughing, but it is not a laughing matter,” he sang, soberly,”so many mothers and fathers have lost their children, and all you do is laugh.” Stevie Wonder’s heart-felt lyrics finally hit their mark, and the silence of guilt swept through the room. “Don’t get caught up in the ways of the selfish world that will die unless we realize the dreams of Martin and Malcolm,” he admonished as his song continued its journey to the very souls of what had become a rapt audience. “Remember when you weren’t able to sit in this hotel,’’ he sang, bringing it all home, “They did not want niggers here. Remember those who did not get a chance to come this evening, even though you did. So many of us don’t have the rights, the economic rights to a job — remember those of us considered to be problem people. ”

The song’s impact was clear, a somber mood prevailed in the packed ballroom, and one was reminded of something Congressman Parren Mitchell — this year’s Caucus Chair — said in his opening speech “We are no better off than the least one of us. We are the descendants of Sojourner Truth and DuBois — we shall not be moved.’’ Stevie Wonder was aware of the fact that all members of the Black Caucus want the Humphrey-Hawkins Bill to pass (John Conyers had earlier vowed to boycott all functions until it does), but he was reminding them that its passage does not get them off the hook, that, in essence, the battle will have just begun.

That out of the way, Stevie Wonder reverted to entertainment, and just as he had used his music to express his stand on an important issue, he now used it to tell his audience that, after all is said and done, the Black Caucus still has his blessings. Still at the piano, he delivered a soulful three minutes of Visions, “People hand in hand,” he sang, as the crowd once again relaxed, “have I lived to see the milk and honey land, where hate’s a dream and love forever stands — or is this a vision in my mind?” Then he let his music erupt on the synthesizer, switched to the drums, and led his group through a series of songs that included Sir Duke, I Wish, and Living For the City —The audience was ecstatic. Congresswoman Shirley Chisholm boogied in her seat, Congresswoman Yvonne Burke popped her fingers, and the huge room became a sea of waving red napkins as Stevie went into the final number, Superstition, and everybody joined in on a refrain that seemed to sum up the evening: “We’re gonna stick together as brothers and sisters.”

Whoever was responsible for giving 12-year-old Stephen Judkins, the stage name Wonder, could not possibly have envisioned how singularly appropriate that would turn out to be. The Black Caucus received his message loud and clear, let’s hope they also remember it.