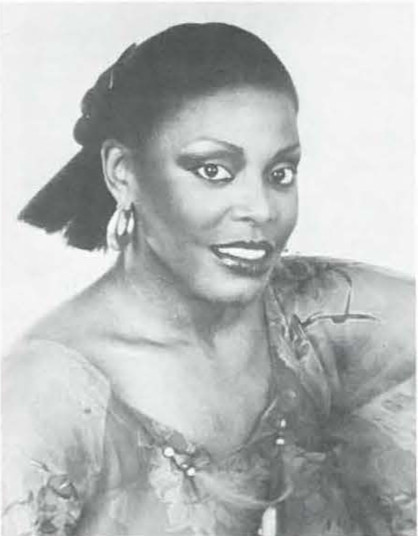 Singer Tasha Thomas, whose background vocals have enhanced countless recordings by other artists over the past few years, recently stepped into the foreground with a disco hit entitled Shoot Me [With Your Love]. That single, issued on Orbit Records, so impressed the people at Atlantic that they have signed the Alaska-born singer to a $1,500,000 contract. Tasha’s first album for the label will be released next month, in the meantime, Shoot Me — on which the talented, beautiful Alaskan does all the backup voices as well — continues to attract people to the disco dance floor.

Apropos discos, New Yorkers will have a new place to strut their stuff as of December 19, when Electric Circus opens at 100 Fifth Ave. Occupying three floors, it will feature a game room at basement level, complete with a 113-year-old bar, coin-operated gypsy fortune tellers from the 1933 Chicago Exposition, a 1928 Dodge pumper fire engine [converted to a wine and cheese bar], a disco boutique, popcorn circus carts, pinball machines and fun house mirrors. The main floor will have a three-ring dance floor with the disc jockey’s control room housed in a carousel that — by tricks of the light — appears to be in constant motion; other features of the main floor will be floor to ceiling lights and a bar measuring 103 feet. Members of Electric Circus will also be able to visit the VIP room on the third floor, which will offer a brass bar, a cappuccino machine, computerized dance floor, Brazilian leather furniture, and a bird’s-eye view of the main dance floor. Look out Xenon and Studio 54!

The City University of New York has announced the extension into January of Black America on Stage, a fascinating exhibition that includes 180 enlarged photographs and such original materials as books, scripts, posters, contracts, costumes, rare photos and personal items from the collection of the Armstead-Johnson Foundation for Theatre Research. The exhibition, which covers Black theatre from the 19th century to the present, is located in the Mall of the CUNY Graduate Center, 33 West 42nd Street; the hours are Mondays through Fridays from 9 am. to 6 p.m. — admission is free.

If you have ever visited Hollywood, you are probably familiar with the famous Walk of Fame, those stars set in the sidewalk along Hollywood Boulevard, bearing the names of more than 2000 figures who have distinguished themselves in the fields of radio, television, recordings or films. Names are selected by the Walk of Fame Committee of the Hollywood Chamber of Commerce from nominations submitted along with a $1,900 fee, but recently this committee made the incredulous decision to turn down the nomination for actor/singer Paul Robeson. Why? Robeson had not made many films, and he had not won any major television awards, explained committee chairman William F. Hertz in a statement wrought with ignorance. Could it be that no one on the committee knew of Robeson’s illustrious career both in films and on records? If so, a mass dismissal would seem in order. Anyway, someone apparently did enlighten this oddly uninformed group, so now Mr. Robeson will be immortalized along with Lassie and Mickey Mouse, who apparently met no opposition.

New York has a new club for black professionals, The New York Connection. Founded by Charles Ballard and Harding Dunlop it is based on the premise that it is whom you know and not what you know that really counts. Mr. Ballard has described the new club as a congenial forum for the exchange of ideas and information among men and women from a variety of professions through a series of planned social and cultural events. For information: 489-8008

Pianist/composer Valerie Capers will give a special performance of her multi-idiom cantata, Sing About Love, at Carnegie Hall, Monday, December 18, at 8 pm. Produced under the auspices of the New York Jazz Repertory Company, this joyous modern version of the Christmas story will feature such stars as Donald Byrd, Nat Adderley and Mongo Santamaria along with 20 musicians and a 22-voice choir. It promises to be a memorable event.

Last spring, Paul Russell made ballet history when he became the first black man to dance the role of Prince Siegfried in a full-length version of Swan Lake. He did this as a guest with the Scottish Ballet, and the former principal dancer with the Dance Theatre of Harlem so impressed the Glasgow company with that and subsequent performances that he has now been made a permanent member of the Scottish Ballet. Mr. Russell’s appointment will begin with his dancing the leading roles in The Nutcracker and Swan Lake this Christmas season.

If you are one of those exceptional disco dancers, you might want to take your partner to Regine’s [59th and Park Ave] on December 15. That night, three couples will be chosen by a panel of celebrity judges [including Meco, Andy Warhol, Lorna Luft and disc jockey Ken Webb] as finalists — along with seven couples already chosen — in Regine’s Grand National Disco Contest to be held early next year. Should you be expert enough to win that round, you will be off to Paris for the World Wide Disco Championship, a spectacular event scheduled for June 22 through 24, 1979, with finalists from Regine’s clubs in Rio, Bahia, London, Buenos Aires, Montreal, Monte Carlo, Paris and, of course, New York vying for a grand prize of $10,000 — good luck!