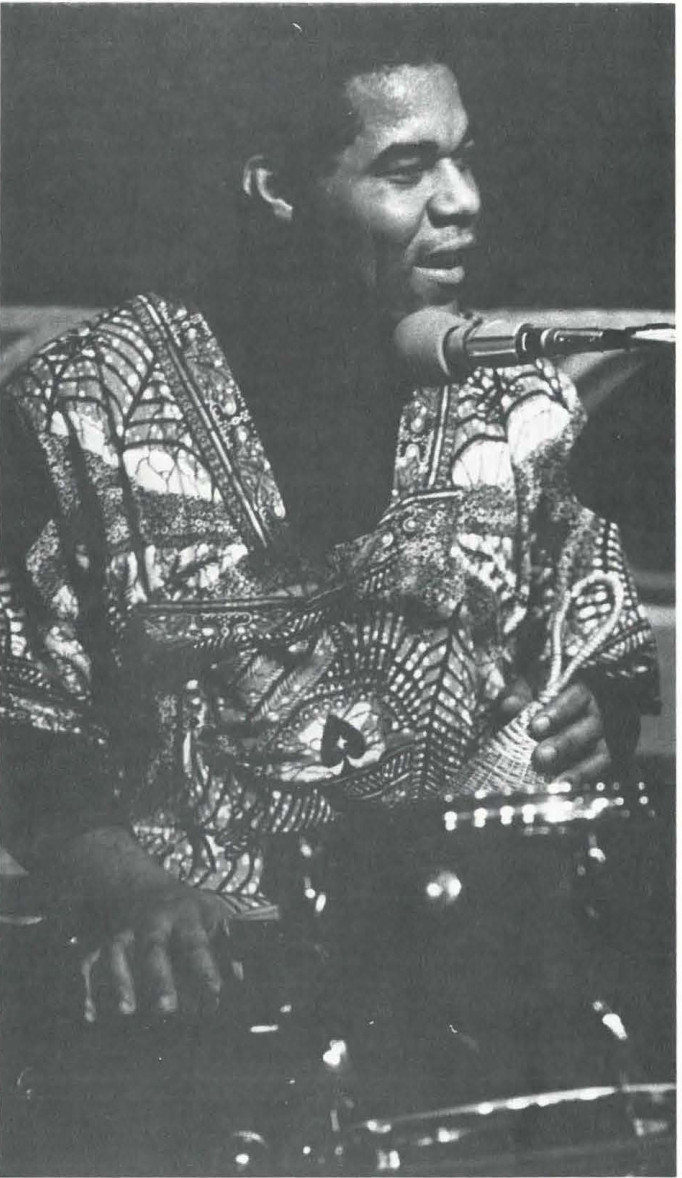 Carnival is one of man’s most jubilant celebrations of life. One of the primary sensual pleasures of the Carnival experience is moving to the pulsating beats of the music. The highly spirited West Indian and Latin rhythms are the sound force behind Carnival. Rarely do you see a person strolling in the French Quarter of New Orleans during Mardi Gras who is not possessed by the vibrant beats in the air. Music controls the festive moods during Carnival.

The catalyst in all forms of music is the beat. A patterned recurrence of the beat forms a rhythm. These synchronized rhythms transmitted from the vibrations in the air produce sounds.

Music is one of the oldest forms of communication known to man. It is highly structured, wordless and rhythmic. Although we may not be aware of how we sound when we speak, our spoken language has definite musical tone. The various forms of music are identifiable with the culture, Latin, Reggae, Indian and Oriental.

Musical sounds are a more creative form of communicating our life’s experiences. The limited English language cannot match the infinite language of sound. The vibrations in music are the aphrodisiacs that send your conscious mind flowing through time barriers. You can identify with the experience of another through sounds. We must remember that sounds are formless, omnipresent entities that never change. It is only the form, the culture or experience they are molded into that changes. You can escape through your mind to the Gambian coast overlooking the serene Atlantic Ocean while listening to the sultry tones of John Coltrane. Yes, it’s freedom too!

The African slaves are responsible for the emergence of the beat in the New World — Blues, Jazz, Reggae. Africans had developed music centuries before their enslavement. Their music already had influenced the Eastern civilizations of India, China and parts of Europe also.

We have learned how an entire communication system was developed around a cylinder, hollowed and carved from a tree with a membrane stretched across the top for tapping different beats. It was the drum-the first Western Union that served as a messenger from village to village. It was a storyteller, evoked dance among the villagers and warned of the approaching white man. The drum also kept many slaves alive with the spirit of the Motherland as they made that grueling middle passage to the West. It was very common for the slaves to dance and beat the drum for the white crew’s amusement during the trip. Absorbed in their own hedonism, the crew was totally oblivious to the strength the dancing and drumming gave the African’s body and spirit.

The music influence from Africa is still a major thrust in American music. Although America has been the fusion center for African, Caribbean and Latin styles, it is evident that the basic African rhythms have not left any of these forms of music. The only difference is the rhythms of the particular culture. The distinction between sounds parallels the difference in cultures. Musicians such as Chick Corea, Ralph McDonald, Milton Nascimento, Michael Carvin, George Duke, John Coltrane, Wayne Shorter and Carlos Santana are among the leaders in fusing the African, Caribbean and Latin rhythms. Many critics label this fusion as Jazz, Jazz/Rock or Latin/Rock. These musicians transcend labeling because their music is a continuation of a musical experience that began centuries ago. The musicians experiences, vibrations, cultural rhythms and the creative formation of sound are responsible for the musical product. African influence nurtured by Black Americans is responsible for many stylized musical forms including the blues, jazz, soul, disco and funk. All these forms would not have emerged if it had not been for that basic beat.

Michael Carvin, drummer and percussionist, has been a top musician on the American scene. He was a staff drummer for Motown and has played with music artists Dexter Gordon, George Duke, Oscar Brown, Jr., Pharoah Sanders, McCoy Tyner, Lonnie Liston Smith, Thelma Houston and B.B. King. Michael was born and raised in Houston, Texas. He is a part of the Texas clique that includes the Crusaders, Ronnie Laws, Bobbi Humphrey and Joe Tex. Michael identifies strongly with the African influence in his music. He still maintains a pure flow in his sound formations and prefers a live session rather than a constant overdubbing of sounds for aural effect.

“I think it is very important to strengthen the natural sounds of music without too much technical manipulation. Especially, when you are producing sounds from the various percussion instruments. People hear and understand the sounds from each particular instrument. If you distort natural sounds too much, it pulls the sound out of context.”

Michael finds lyrics beautiful but sometimes limiting to the power music has on the mind. “Lyrics are just the verbalizing of particular experiences and feelings in time to the sounds. In a non-lyrical composition, the mind is much freer to interoperate and feel more as the tune progresses. There are songs which have been popularized because of the words. So we can’t discount the importance of lyrics. It is all relative to what you as a musician want to say.”

No one questions the African influence on Western music. “It was the rhythmic beats of African people that made Western musicians develop sounds like pop, swing, rock and disco. African music has always been at the forefront of the various world sounds. I guess you can say that Africa gave impetus to development of the unique sounds you find here. I find that when I begin writing a song, there’s so much of my past personal experiences plus what I feel through my knowledge of ancestors wrapped up in the compositions. Dreams and fantasies serve to add spice to your songs. Music is like life to be experienced.”

Along with his performance schedules, Michael still finds time to teach up-and-coming musicians. He was one of the founders and instructor at the Creative Artists Development Center in New York City. He is artist-in-residence at the King Phillip Elementary School and the Charter Oak Elementary School in Hartford, Conn. “The most important thing for musicians to do is always remember where there music is ultimately coming from. We must continue to pass it on to our children through teaching as it was passed on to us. We must show them how the evolution of sound parallels the development of civilization. This is so very important. I just want to continue to make good music. I give my music for all peoples to hear, not just a select few.”

Michael Carvin’s new book, Something For All Drummers, has a detailed historical section that details the evolution of music through civilizations. He has also styled his own drumsticks, which can be used by beginning professional musicians. The Michael Carvin drumsticks can be found at Frank’s Percussion Center in Manhattan.

Today, Africa is influenced by the music of Black America. Some of the popular American entertainers in West Africa are Stevie Wonder, Aretha Franklin, The Commodores, James Brown, and Ike and Tina Turner. The American music scene is a melting pot of all Western musical idioms. Although Africa is still the spiritual center and root for the sounds of Western music, it will be sometime before the continent will serve as the physical base for the music industry. The most important realization today is that we have reached a level where all music can be appreciated, no matter where it comes from.