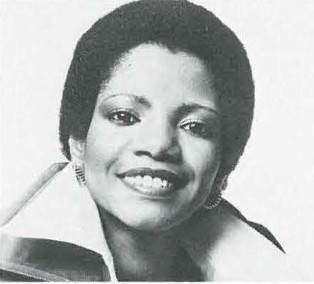 Melba Returns to Broadway: Melba Moore makes her first Broadway stage appearance since Purlie, which earned her the Tony Award. She will appear in Timbuktu, scheduled to open this month at the Mark Hellinger Theatre. Timbuktu is based on the 1953 musical classic, Kismet, written by Luther Davis and Charles Lederer. Music is by Robert Wright, and George Forrest adapted the themes of Alexander Borodin. The music from the original Broadway production has been re-orchestrated by Charles Coleman in the rhythmic, African beat of  Timbuktu. In addition, Wright and Forrest have written four new songs based on West African folk themes. Teaming with Melba will be William Marshall, Eartha Kitt and Gilbert Price. Top-notch Geoffrey Holder of The Wiz fame, has directed and designed the costumes for the lavish production.

All-TV Star: Muhammad Ali will star in his first dramatic television role. Ali will play the lead in an adaptation of Howard Fast‘s best-selling novel of the 1940s Freedom Road. The story deals with a Black slave’s rise to the U.S. Senate during the Reconstruction period after the Civil War. It will be broadcast on NBC as a six-hour miniseries.

“It is my first chance to establish myself in a major role, other than playing myself,” he said. Admitting that his boxing career is coming to an end, Ali demonstrated that he’s by no means ready to leave the public eye. “I still have the title and I want to capitalize on the power and prestige of the championship to launch my acting career. I can be a star in movies and TV for the next 20 years.” Shooting begins this summer in Mississippi.

Frankie’s Back: Frankie “Hollywood” Crocker, with talent! Brains and a showman’s flair for brassy self-promotion, had risen rapidly to the top in radio’s most stormy and fiercely competitive arena — New York City.

Like so many self-made men and women, Frankie had done it by thumbing his nose at convention. “My style was modeled after Muhammad Ali.” He was saying, he was the greatest and the best. I’m one in 300 D.J.s, so how do I make myself the one they want to talk about? I couldn’t afford to hire a public relations person. So I did it the way I know how, give them a little flash. The same thing Ali did.”

Frankie’s fame and influence made him dangerous to some people, and his livelihood was snatched away from him when a federal grand jury in New Jersey convicted him of lying when he denied receiving more than $10,000 in payola. “What I was doing to promote myself backfired and drew attention to me. They wanted to get somebody that makes press, so they came after me.” Frankie is no longer sure he wants to get back into radio, feeling he’s already risen as far as he can in that business. The pain he went through during the grand jury trial is hidden from prying outsiders, but his disappointment in the system seeps out occasionally. “There are games being played everywhere. It isn’t just the record and radio business.” Frankie has appealed the verdict. He says he’s confident the conviction will be overturned. The experience might have left less men bitter. Frankie says he’s disillusioned. He has just landed an independent artist and repertoire (A&R) job with Polydor Records — a tribute of sorts to the legendary Crocker ability to pick hit records.

The Musical Doctor: Eddie Henderson is not only a doctor of medicine and psychiatry, he also is an extraordinary trumpet and flugelhorn player who left the clinic for the concert hall in 1970. He joined the Herbie Hancock Sextet for several years before moving on to a solo career. Eddie began playing trumpet when he was 10-years old. However, at the end of his high school years, he favored athletics over music. He competed in several figure skating championships, played basketball and ran successfully for his track team. He earned “All City” status for his sporting ability. His decision to study medicine was influenced by his stepfather, a physician who was a close friend of Miles Davis. “While attending school,” Eddie says, “I found myself wanting to play more and more. I spent a lot of time studying to become a doctor, yet emotionally my heart was in music. I ended up spending as much time playing as studying.” Eddie says “Before I was working at my music full-time, I was slightly frustrated because both medicine and music are areas that demand full concentration. It was a strain to be working in the hospital during the day and playing at night. It became apparent to me that I would have to give up one in order to do justice to the other. Being a doctor is more lucrative, but money just won’t make it for me unless I can have music too. I would rather be involved with music than anything else.” Eddie has recorded with Norman Connors, Buddy Terry, Pete Yellen and Carlos Garnett. Eddie Henderson is at peace with himself and his music tells it all.

Brooklynites: Mandrill is the only successful popular musical group being led by a medical doctor. To Mandrill, music has always been a major Life force. From the time the Wilson Brothers — Carlos, Louis, Ric, and Wilfredo (Wolf) — were children in Panama, music was heard all around them. Father played the classical guitar and mother was a singer. When the Wilson family moved to Brooklyn, the boys were guided toward a musical career. All became members of the school band which developed their musical expertise further. After graduation, each went his separate way. Ric became a doctor, Carlos joined the Navy, Louis enrolled at a nearby university and Wolf moved to Baltimore. Yet, they still managed to get together often to pool newfound musical interests and discoveries.

Ultimately, in 1968 it all came together. It not only felt good, but it was appealingly different. They started playing in small clubs on weekends and as the group became more successful, other members were added to the family core. The Mandrill sound is a combination of the elements of latin, jazz, afro, reggae, calypso and basic street funk. The themes of their songs are peace, love and life. All members of the group contribute to the songwriting and the repertoire. Because of the universality of the music, composer Michael Masser, who was assigned to do the score for The Greatest, looked to Mandrill as a possibility in scoring the picture. Ali was extremely excited by the sounds he heard when he visited Mandrill in their studio and as a result they can be heard doing the instrumental theme that climaxes with the Ali-Forman Zaire fight scene in the film. Though the Wilson Brothers left Panama while they were still children, their awareness of the Panamanian way of life has remained intense. Dr. Ric Wilson says, “There has been a lot of misunderstanding in the U.S. about the Canal and its history. For example, few people know that the person who signed over the rights of the land to the Canal now occupies was not a Panamanian, but a Frenchman. Hopefully, the Canal controversy will give Americans a better understanding of the Panamanians and their problems.” While controversy continues to rage around the subject of the ratification of the new Panama Canal Treaty, the musical group with Panamanian roots called Mandrill is bulleting up the record charts.