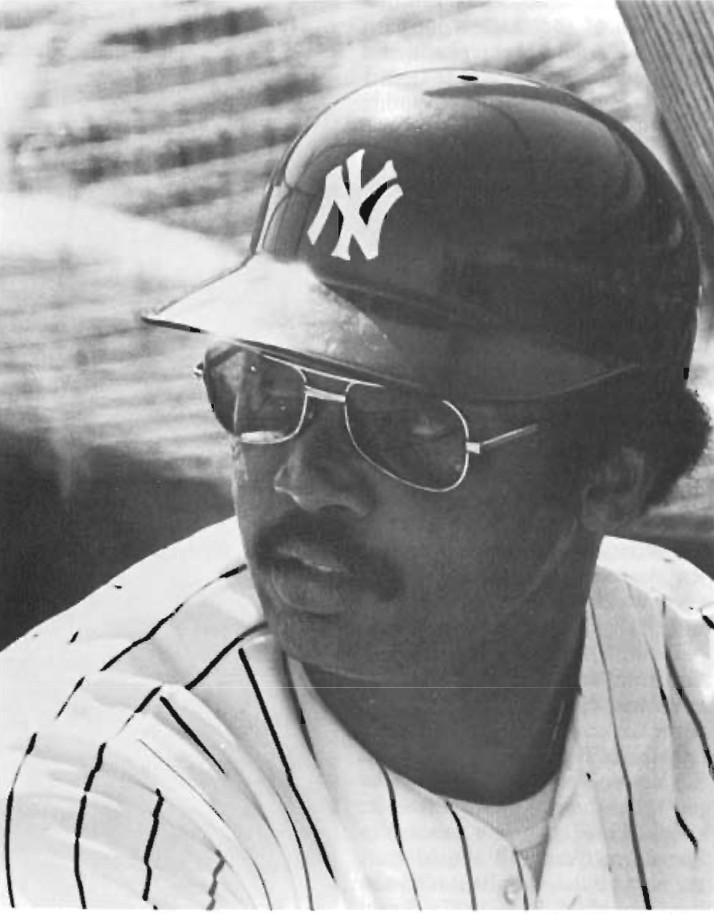 It almost seems too soon, but the 1978 baseball season is here again and it’s going to be a long season, not ending until the October Classic “World Series.” For many teams, the season will be over by the end of May. For others, the dog days of August will mark the end of the campaign. For a select few, the season will be completed only when autumn leaves start to fall.

New Yorkers can expect another exciting year, with the Yankees supplying most of the fireworks. As for the Mets, well, we can always hope they’ll remain competitive throughout the season, and then, who knows?

The Yankees enter the season with their eyes on winning a second consecutive World Series. On paper, they’re the class team of their division, and probably the whole American League. Last year, throughout most of the season, the team was plagued with internal turmoil and injuries. The injuries, hopefully have healed with time, but the turmoil seems to have remained. Thurm Munson, all-star catcher and former Yankee team captain [he quit the post at the end of last season] demands to be traded to Cleveland. Mick “the Quick” Rivers would like to be traded, and Ed Figueroa says that he wouldn’t mind being traded. [Notice the degrees of dissatisfaction present.] Then, there’s Graig Nettles, who’s still upset over a contractual dispute, and Roy White, who wants more recognition for his consistently fine performance. These problems should be resolved before the pennant race takes shape, but don’t count on it.

As for personnel, the Yankees lost only one solid ball player, star of the Playoff and Series, Mike Torrez, who went in the free agent draft to the Boston Red Sox, the Yankees’ toughest league opponent. Feeling this loss, Yankee management signed pitchers Rich Gossage, Rawley Eastwick and Andy Messersmith. Signing Gossage may create a problem. With relief aces Sparky Lyle and Dick Tidrow already in the bullpen, there may not be enough work to go around. Lyle, at 33, may become expendable and could be traded for more power. Another possibility would be to use Dick Tidrow as a starter if Andy Messersmith has not fully recovered from last year’s injuries. The rest of the staff is in good shape. Catfish Hunter and Ed Figueroa should each win twenty games — if they’re healthy. Another possible pair of twenty game winners is Don Gullet and Ron Guidry. Both had a good season last year and will be expected to perform as well this year.

The rest of the Yankee platoon looks strong. Chris Chambliss is the class of the league at first base, and with Willie Randolph at second, the right side of the infield is in great shape. The left side of the infield, with shortstop Bucky Dent and Graig Nettles at third, is equally strong. Out in the pastures, with Roy White, Mickey Rivers and Reginald Martinez Jackson [Featured photo Above], the situation looks under control. Reggie took a lot of abuse last year, which contributed to a slow start. His much publicized disputes with Billy Martin, culminating in a near brawl on national television, didn’t help the situation either. A lot of pressure was forced on Reggie when he signed with the Yanks, and you can be sure he put plenty on himself. But he should come in more relaxed in his second year and should start the season the way he ended the last game of the 1977 World series — with three home runs. [Having his very own candy bar has boosted his spirit.]

The Yankee bench is rich with talent. With players like Lou Piniella, Cliff Johnson and Paul Blair ready to answer the call, the Yankees should win their division. The Yankee’s stiffest competition will come from Boston and Baltimore. Boston is a very strong team, and the acquisition of Torrez will strengthen it considerably. Led by superstar Carl Yastrzemski [who never gets old], Boston will be battling with the Yankees down to the wire. Baltimore, who surprised just about everyone with its performance last year, will be hard pressed to do it again. Losing Ross Grimsley, though, will not help their cause. How well it does this year will rest heavily on the managing effort of Earl Weaver.

As for the other teams in the division, Detroit’s superbird Mark Fidrych, will be the Motor City’s only reason to smile this year, that’s providing he comes back healthy after last season’s injury. The Milwaukee Brewers are a funny team. It starts off strong every season, giving the impression of being a possible contender, then, in June, is out of the running. The Cleveland Indians usually play competitively throughout most of the season but never go anywhere. However, they made an important change in management during the winter break: they hired Gabe Paul, the Wizard of New York. Paul, who masterminded the deals that brought such Yankee greats as Chambliss, Nettles, Randolph, Figueroa and Rivers to New York, is expected to work miracles for Cleveland. The Toronto Blue Jays, in its sophomore season, will be a “stuffed goose” by June 1, I’m afraid.

Looking at the Western Division of the American League, three teams have a solid crack at the division title: Defending champions the Kansas City Royals, will face its toughest fights with Texas and California. Texas acquired Al Oliver and Jon Matlack in the off season, and with an already good team, will be tough all year. The Angels of Anaheim may finally get to the playoff this year; they obtained former Twin, Lyman Bostock, in the free agent draft. With Joe Rudi and Don Baylor already in the outfield, and the best pitchers in the league, Nolan Ryan and Frank Tanana, the Angels appear to be the team most likely to beat out KC. Chicago has a chance of making a reasonable showing. Getting Bobby Bonds from the Angels and signing Rom Blomberg has to help their cause.

The Minnesota Twins was decimated in the free agent draft, first losing Bostock and then Larry Hisle. For this reason, Rod Carew will not be in the playoffs. He’ll have to console himself by winning another batting title. The Oakland Athletics kept only Vida Blue from its World Championship teams. Charley 0.Finley [“0” for owner] desperately is trying to unload his losing franchise, but the city of Oakland won’t let him.

Seattle’s contribution to this year’s excitement will amount to the playing of the National Anthem, the seventh inning stretch, and the ground crew’s cleanup before and after each game.

M. Donald Grant, who many claim is the living image of Ebenezer Scrooge, broke into the free agent market and came out with a question mark called Elliot Maddox. Don’t get me wrong, Elliot is a fine ball player and one of the better defensive outfielders around. Why he would want to play in Shea Stadium [where he severely injured his leg several seasons ago while playing for the Yankees] is a mystery. The money is good; he became a millionaire on signing. How well he plays with the Mets remains to be seen, especially since I believe he hasn’t fully recovered from that injury.

During the off season, the Mets lost John “the Hammer” Milner, who went to Pittsburgh, and Jon Matlack, who went to Texas. However, they did get Willie Montanex, a stand out first baseman. Playing second base, will be Doug Flynn, who came from Cincinnati last year in the trade that sent The Franchise (AKA Tom Seaver) to the Reds. The shortstop position is a touchy problem, with returning Met, Tim Foli, probably getting the starting assignment. Lennie Randle, who had a solid season with the Mets last year, will be at third.

The outfield should be good. Steve Henderson [from Cincinnati] will be a plus. In center, Lee Mazzilli, should be more than adequate. In left field, there’s Elliot Maddox, who if healthy, should be dynamite.

The pitching staff, once the backbone of the Mets, will be shaky this year. Remember when it consisted of Tom Seaver, Nolan Ryan, Jerry Koosman and Tug McGraw. Only Koosman remains and he wants to be traded. Pat Zachary [also acquired in the Seaver deal] is a good pitcher and should have a good year. Also throwing for the Mets will be such well-known names as Craig Swann, Bob Apodaca and Nino Espinosa. The bull-pen is in fair shape, with Skip Lockwood ready to come in should trouble develop. I think that the golf cart, used to bring relievers in, should get a good tuneup now.

I don’t want to seem pessimistic about the Mets’ chances for 1978, but in truth, the teams in its division are very strong. Though the Mets have more power and speed than last year’s team, it still won’t be enough to stop Philadelphia or Pittsburgh. Philadelphia is just too strong a club, and only Pittsburgh has a reasonable chance of knocking it off the top. Though the Pirates lost Al Oliver in the draft, it did sign John Milnere and acquired a top pitcher, Bert Blyleven. With a little luck, the Pirates could win its division. St. Louis is a good team and will play tough all year, but it’s still a year away from playoff contention.

The Cubs of Chicago signed free agent Dave Kingman, which will add power to the attack. Unfortunately, the team lacks the depth to maintain a sustained drive all year. The Montreal Expos will make an effort this year to escape the anonymity that has plagued it from inception. Pitcher Ross Grimsley was signed on and, who knows, the team just may win a few games. Seriously, the Expos should be fun to watch this year; they could go as high as fourth place in the division. All in all, the eastern division will probably have the tightest race throughout the league.

In the Western Division of the National League, had Vida Blue gone to the Reds, the season would be over right now! Can you imagine Blue and Seaver together? Luckily for the Dodgers, Commissioner Bowie Kuhn voided the deal in the “best interests of baseball.” Even without Blue, the Reds should be able to overtake the Dodgers as the Division champs. Coming off a bad year in 1977, the Reds will be led by such greats as Pete Rose, George Foster, Johnny Bench, Tom Seaver and so many others that you can be sure the Dodgers will be hard pressed to win the division this time out. But don’t expect the Dodgers to just lie there; it has some superstars of their own, such as Steve Garvey, Ron Cey, Davey Lopes and Reggie Smith. These two teams will battle each other all year, with the Reds coming out on top. Don’t be surprised if Seaver wins thirty games.

As for the rest of the West, I’m afraid that they’ll have to sit back and watch. The only team that may make a noise will be the San Diego Padres. The team is hoping that ace pitcher Randy Jones is able to come back after last year’s injury. The Padres also hope that aging greats Gaylord Perry and Mickey Lolich can turn the club around. Even if the pitching comes through (which is very “iffy”), the Padres lack the depth in the line-up to play great ball all season; and in a division with the Reds and Dodgers, that’s what you have to do.

The Houston Astros, another exciting team, unfortunately plays in the same division with the reds and Dodgers. The Astros’ battle with the Padres for third place will be exciting to see. As for the San Francisco Giants and the Atlanta Braves, they will have to battle to see which one ends up in last place first.