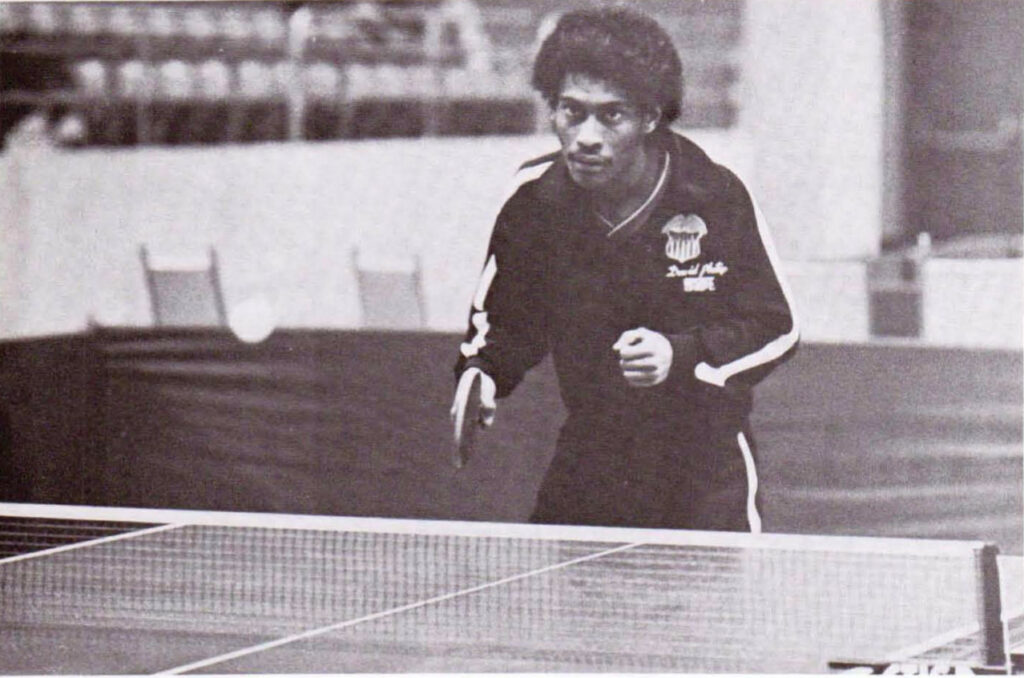 As we rapidly approach the 1980s, tennis — the boom sport of the last decade — is beginning to take a back seat to other racquet games just as exciting, easier to learn and less expensive to boot.

Leading the way is racquetball, a fairly simple game which provides a good workout for the body, as over 5 million participants have discovered. Played on a four-walled [plus ceiling] 20 by 40 foot court [four walls outdoors], racquetball requires a short handled, stringed racquet [prices range from $10 to $50] and large, hollow rubber balls [$2 to $3 per can]. Be sure to choose a racquet with a good grip and comfortable feel. Players should take advantage of the many commercial racquetball clubs where they can secure a court for about $3 an hour.

More information can be obtained through the US Racquetball Association, 4101 Dempster St., Skokie, Illinois 60076.

Three other racquet games have retained the word tennis in their names, but this is their only common denominator.

Paddle tennis — The perfect game for people who’ve been baffled by the intricacies of tennis is played on a 20 by 50 foot court divided in half by a net. Outside the New York area, courts are uncommon, but once you’ve found one, you won’t need much equipment beyond a paddle and an old tennis ball. The deadened ball is easier to handle, as are the small paddles, which sell for $10 to $30. To this expenditure, add 15¢ for a letter to the US Paddle Tennis Association, 189 Sedley St, Brooklyn, NY 11218 for more information.

Platform tennis — Take a 20 by 40 foot raised platform, surround it with chicken wire fencing, add two small wooden paddles, one sponge rubber ball, two players and you have the ingredients for platform tennis. Over fifty years ago, before the introduction of indoor courts, New Yorkers who missed playing tennis in the winter months invented this game as a substitute. Strategically placed lobs, soft shots and ricochet balls off the twelve foot fences are the strokes used in platform tennis, a game which requires more skill than power. The paddles for platform and paddle tennis are virtually interchangeable and similarly priced. The sponge rubber balls cost between $1 and $2. Clubs are generally found in the northeastern area of the country.

Table tennis — Known in community centers, basements and garages the world over as ping-pong, table tennis can contend with any sport in intensity and rivalry between players. Good concentration, quick reflexes and nimble wrists are the keys to this easy to learn and fun to play game. Prices for regulation size [5 by 9 foot] ping-pong tables start at $150, but if space or cost is a premium, a 4 by 8 sheet of plywood from your local lumberyard will do. A good paddle, preferably covered with sandpaper or hard rubber, costs $4 to $5, while a dozen balls will set you back about $2.

Aside from the aforementioned derivatives, tennis — the game of gentlemen — has also spawned other racquet sports that are quickly becoming part of the city’s athletic scene. Undoubtedly, one of the earliest of these spin-offs is the game of squash, which is played on an 18 1/2 by 32 foot four-walled court, similar to the one used for racquetball. The differences between these two games lie in the shape of the rackets and in the way the ball is played, particularly on rebound shots. Placed on the front wall of a squash court is a metal strip called a tin. Once the ball hits against this strip, it is considered out of play. As in racquetball, the squash racquet is stringed but has a long, thin neck requiring a different type of manual dexterity. Squash racquets are priced from $10 to $50, and the balls cost around $3 apiece. Clubs abound in most cities, with varying membership fees and hourly rates. If you undertake the game, be patient for it takes practice and maybe a few hours of instruction before you become an adept player, as over 500,000 devotees of the sport can attest.

The US Squash Racquets Association at 211 Ford Rd, Bala Cynwyd, Pa. 19004 will be happy to answer any inquiries.

An all-time favorite of these racquet sports is badminton. Playable indoors or out, badminton’s pace looks deceptively slow, but the action will keep you on your toes. This can be attributed to the feathered shuttlecock or birdie which has more zigs, zags and dips to it than a hyperactive hummingbird. A 20 by 44 foot indoor regulation badminton court is a rarity, so get in touch with the US Badminton Association, PO Box 237 Schwarz Creek, Michigan 48473 for assistance in finding a club. Your local sporting goods or department store usually stocks low priced recreational sets that include all the necessary equipment for a brisk outdoor game.

Many of the one-walled handball courts that dot the city are now dominated by players of paddleball — the city game of racquet sports. This urban setting instills a unique camaraderie between the approximately 200,000 New Yorkers who call the game their own. Besides the wall, a rubber ball and paddle are the only equipment needed.

Most of these racquet sports require nothing more in the line of dress than shorts, t-shirts and a sturdy pair of sneakers. But gloves and safety glasses are a good bet when playing racquet games that use hard rubber balls. If you can’t find a court, you can always build one of your own, providing you have between $1200 to $45,000 to play with. Incidentally, new racquet games are popping up with increased regularity, so keep an eye open for new variations. Who knows, you could even try coming up with a racquet of your own.