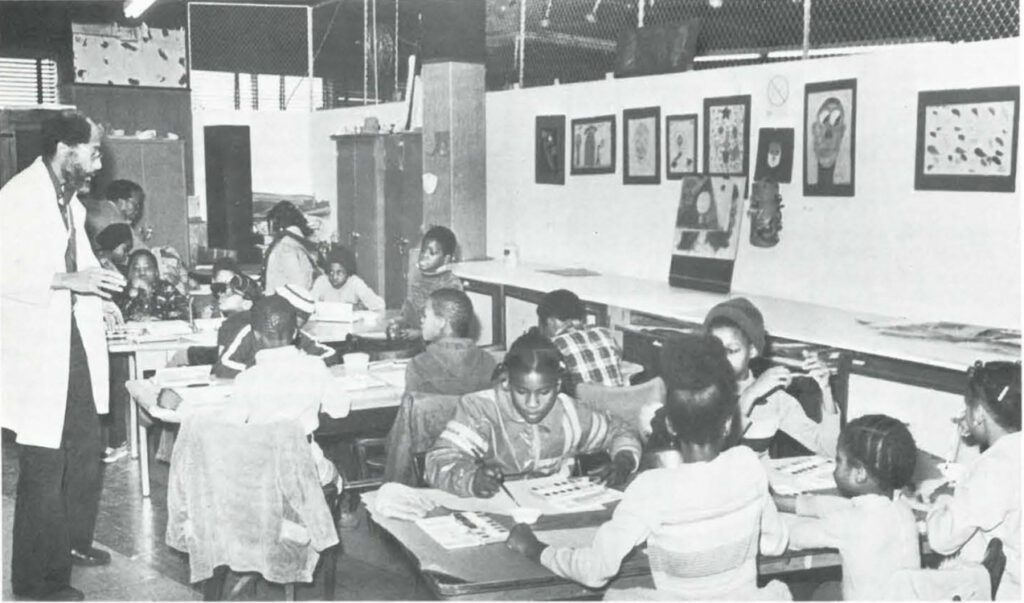 Museums in America customarily are institutions separated from their surrounding communities by both their architecture and their image of belonging to a higher order of existence. Generally, American museums are repositories of European cultural developments or encroachments which were established in the 19th Century. The New Muse Community Museum at 1530 Bedford Avenue in Brooklyn is the only African-American Museum in the borough and has the advantage of being a Museum born to the 20th Century.

From this perspective, the New Muse has incorporated much of what the 20th Century has to offer into innovative approaches designed to encourage audience interaction and viewer participation. One of the Museum’s exciting features which usually elicits oohs and ahhs from adults as well as children is the Planetarium; complete with laser and disco-music light show. In it you can learn astronomy, space science, the history of the stars, take a space show across the galaxy and come down on Mars.

Having the only planetarium in Brooklyn under his direction, 19-year-old Darryl Davis [he also runs the show at the Hayden Laserium] says, “I can flash over 3,000 stars, the sun, the moon and the planets, use special effects, run pre-packaged shows or design my own. I find that children are more interested in learning astronomy and space science and adults usually stick to laser light shows, except for the scholarly type who generally come to see the Trip in Time through Black Brooklyn slide show which is narrated by Ossie Davis.”

Last year, as an adjunct to its permanent historical exhibition, The Black Contribution to the Development of Brooklyn, the New Muse installed a slideshow to present a concise summary of the exhibition’s contents in an audio-visual format. Taking advantage of 20th century technology, the show was set on an automatic punch tape loop, providing any individual [especially those of the ‘me’ generation] the opportunity to run the show himself with the push of a button.

Another vehicle designed to promote audience interaction is an electronic quiz game at the end of the exhibit. After going through the 19 panels, which cover topics such as the growth of black churches in Brooklyn, famous Black Brooklynites, a black man 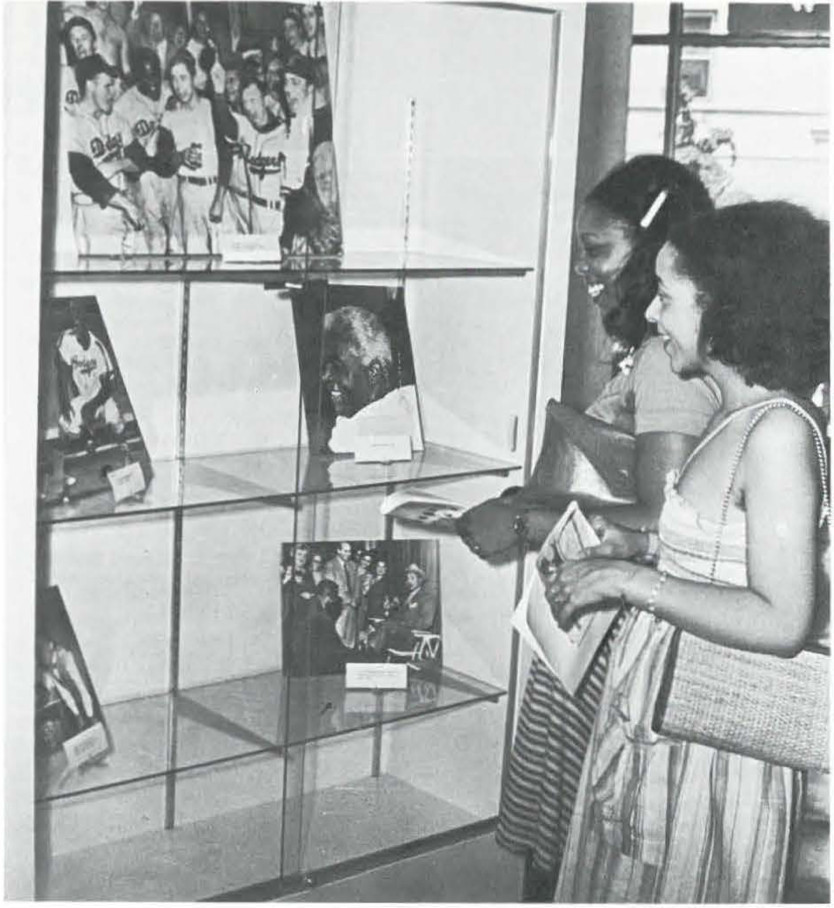 signing Brooklyn’s original town patent, the early Colored Schools; you can test your retention by selecting an answer from among several on a lighted board, and then pushing buttons to determine which are correct.

“A Museum is supposed to be fun. We have moved away from the concept of a museum as a static environment where you walk around with your hands behind your back and everything says: ‘on display do not touch.’ At the same time our temporary and permanent exhibits are to remind the world that black people have been building institutions in Brooklyn for over three hundred years. The New Muse’s mission is to commemorate the cultural heritage, artistic expressions and the historic achievements of African-Americans. They try to relate to the African past of the African-American as well as the American Past of the African-American, thus the African-American past as the basis for our evolution as a people,” says Andrew Gill, Executive Director of the New Muse. “I say to Black People, this is your Museum, if you can’t get to us, we’ll come to you,” he continued. The New Muse has a variety of outreach programs which service senior citizens centers, day care centers, centers for the handicapped, block associations, schools and correctional facilities. The programs, which are coordinated by the Museum’s Music Director, world-renowned Jazz bassist, Reggie Workman and Cultural Arts Director, Gaylord Hassan, consist of free Jazz concerts, lectures, dance performances, crafts workshops, and poetry readings.

Gill explained that the New Muse sees itself as an integral part of its surrounding community; serving as a cultural center, a resource center and as an advocate of the artistic work of its constituents.

Art Coppedge, Director of the New Muse Exhibition Department states, “We are trying to develop a prestigious respect for the works of Black artists and open up new markets, especially in the corporate sector, for the purchases of their art. We have a storage and retrieval slide cataloging system that is capable of housing 5,000 slides. We are asking minority artists to submit slides of works that they wish to sell in order for us to have a broad representation when we approach prospective buyers. We are holding conferences to aid black artists in finding galleries, buyers, funding sources and to survey their needs. You will find hanging in our gallery the works of the famous and not so famous.”

Over 50 free workshops, taught by working professionals, in music, dance, the cultural and visual arts attract more than 2,000 participants per 8-week semester at the New Muse. Free films, concerts, dance performances, poetry and dramatic readings are a mainstay at this unique institution. WABC’s Like It Is? producer, Gil Noble, is a favorite guest speaker and Pharoah Sanders, Don Cherry and Stella Marrs are a few of the performers who appear in concert.

Book parties for noted and new authors such as Ivan Van Sertima, Charles Bible and Brooklyn’s John Oliver Killens are examples of the type of tribute the New Muse pays to our people’s creative scions.

Following up on what is to become a tradition, the 2nd Annual Black Brooklynite Awards Dinner Dance is to be held on May 4th. Black Brooklynites who have worked to improve the quality of life of AfricanAmericans or who have excelled in their chosen professions, will be feted. Past awardees have included Floyd Patterson, Rev. Herbert Daughtry, Lena Horne, Shirley Chisholm, Earl Graves and Ernesta Procope.

It is the policy of the New Muse to lend itself to the alleviation of the civic needs that hamper and distract from the quality of life within the community and to serve as a motivator for improving the day-today living situations of Black people; in sum, to promote and preserve our various heritages.