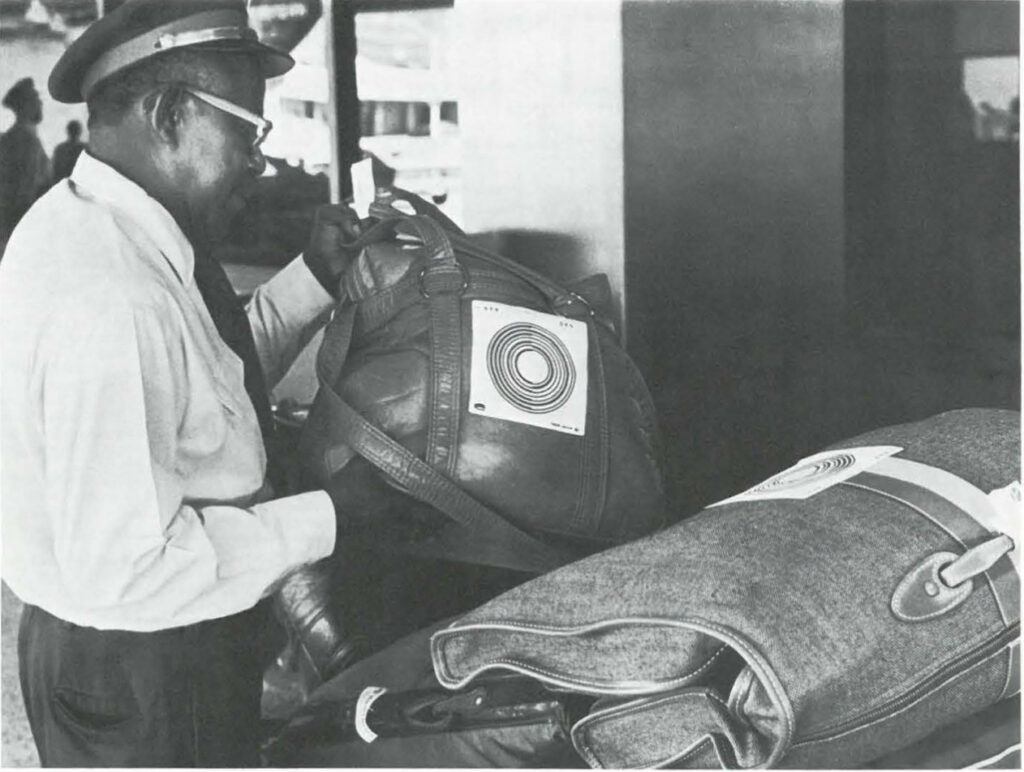 Without warning, the cruel hand of fate can strike a devastating blow to a perfect vacation. After choosing the right fun spot, the right clothes, the right sporting gear, you learn, upon arriving at your destination, that your bags have been lost. Fate has ruthlessly smashed your dreams of fun and romance. And with shock and disgust, you slowly walk to the Baggage Claim Office to begin the ordeal of reclaiming your bags.

Instead of starting your vacation with sightseeing, your first hours are spent filling out claim forms, shopping for toiletries and other essential items. If you’ve journeyed from a cold climate to a hot one, there is the additional expense of buying appropriate clothing. In his article Lost Luggage, Battered Bags Hal Gieseking, Editor of The Travel Advisor Newsletter, reports on how the winter clothing worn by a honeymoon couple from Pittsburgh where the temperature was around zero, “Turned them into walking saunas in the eighty degree Fahrenheit streets of San Juan.” Their luggage was eventually returned to them, but severely damaged.

Another disheartening story is that of a woman who traveled to Africa to do six months of anthropological research. After completing her work, she decided to fulfill a lifelong dream and visit Paris on her way home. She had always been fascinated by this famous city and planned to spend two weeks there enjoying its renown sites: The Louvre, the Eiffel Tower and the Champs-Élysées. She also wanted to stroll along the Left Bank and mingle with the artists and writers; and her friends told her not to miss the Black and White Club on rue de Lombard where Blacks from all over the world, including celebrities, gather for some hearty partying. 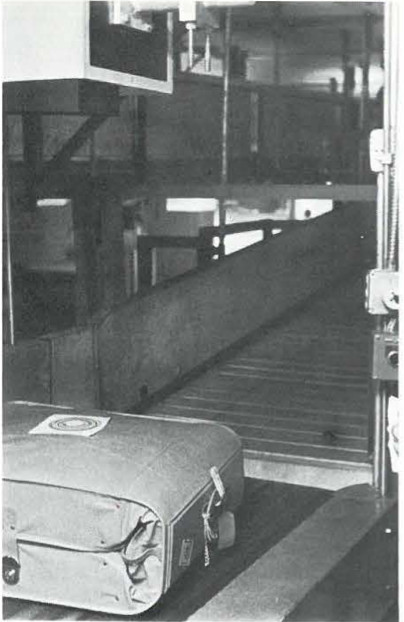 Upon landing at Orly Airport, she was full of anticipation and excitement. She anxiously left the plane and rushed to the baggage claim area to retrieve her luggage. However, after watching the conveyor belt circle several times, she realized, to her dismay, that her bags were not on it. Stunned, she stood there in disbelief for approximately 15 minutes wondering about what had happened to her bags. Her major concern was her research paper. She could not believe that six months of heavily concentrated work had suddenly vanished. Her losses also included expensive camera equipment, jewelry and ancient artifacts that were part of the research project.

After reporting her loss to the airline, she shopped dejectedly for toiletries, comb and brush and some make-up. These were the only expenses she could afford, since she had spent most of her money in Africa. Determined to get some enjoyment from her vacation, she managed to save some money for a hotel and food. This limited sum, however, was quickly depleted by an expensive return taxi trip to the airport to identify her luggage which turned out not to be hers.

Unfortunately, she was not aware of the special services airlines offered to passengers whose bags have been lost or delayed en route. All major airlines have funds to provide travelers with cash to shop for necessities, and free toiletry kits are also supplied. Once a lost luggage claim form is submitted, the traveller need not return to the airport to retrieve luggage, the airline will deliver recovered bags to the traveller’s destination.

Four days later, her luggage still had not been found. In the meantime, she had suffered extreme anxiety over the loss of her research paper and the inconvenience of not having a change of clothes. She decided, therefore, to cancel the remainder of her vacation and return home to New York. She was informed that as soon as her luggage was found, it would be forwarded directly to her in New York. When she asked whether she would be reimbursed for her plane fare and hotel bill, she was told that Passengers received reimbursement only for lost luggage, not for related damages.

Her luggage was never recovered and the nominal reimbursement she received did not compensate her for the full value of her loss nor for the frustration she suffered because of this terrible mishap.

Luggage problems are increasing for travelers all over the world. According to Gieseking, in the first six months of 1978, passenger complaints about luggage were 31 percent higher than the same period in 1977.

Frequently, problems of misplaced luggage occur when a traveller is on a stand-by status. Your bags may be placed on another plane and sent before or after the plane that you take. If this happens to you upon arriving, report the circumstance immediately to the airline, and they will deliver your bags to your destination.

Baggage theft is another headache for travelers. Your bag may be stolen while you are waiting for the rest to appear on the conveyor belt. Since it is believed that a considerable degree of theft is done by airline personnel, soft bags are particularly vulnerable to being cut open and small bags to being taken and hidden. Unlocked bags are ripe targets.

Another woman, traveling from London to Nairobi, lost a small bag containing expensive jewelry. Since she carelessly checked the bag without locking it, she believed that it was stolen, rather than lost. She, too, received nominal reimbursement for her loss.

Horror stories about travel adversities are indeed discouraging. Read our section on precautionary steps to be taken to avoid such headaches, as well as heartaches, if they occur.