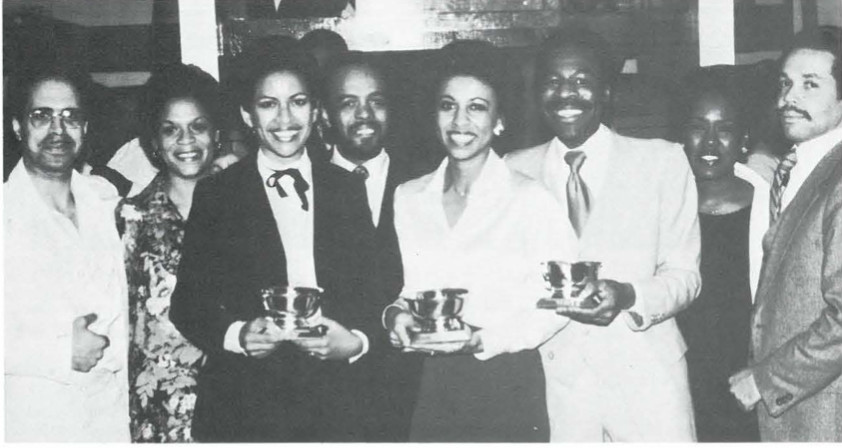 Last month, when promoters Nat Robinson, Ray Gittens, and Mary Andrade presented their annual Image Awards at Manhattan’s Tribeca discotheque, the event held a very special meaning for me. Of course, there is always something special about being singled out for recognition, and I felt honored to join WNEW-TV’s Doris McMillon and WWRL’s Diane Lacey as a recipient of this year’s award, but what really made this a special occasion for me was the criterion used in the selection of recipients: Presenting a positive image to the black community.

As I stood there, ready to receive my first award, my thoughts went back to 1965, when I was fresh out of the Air Force, had a mere 6 hours of college credits, and no specific career goal. My flash-back than focused on a meeting I had with one of my grade advisors from high school, and his reaction to my expressed desire to attend the City University of New York: Ronald, don’t you think you would be better off getting yourself a job rather than frustrating yourself in the academic world? After all, you were never a bright student, so what makes you ever think you could ever finish college?

It was now 2 degrees later, and I was the publisher/editor of a magazine, receiving recognition for presenting a positive image—it made me think of how important it is that we sometimes follow our own advice, that we do the things we feel we must do, whether or not others think us capable of doing them. To my high school grade advisor, my graduating from college seemed a mission impossible, and life would have taken a different turn had I heeded his suggestion, a turn which would not have led me to the award I was about to receive.

The advice I ignored was not positive—I was told what my advisor thought I could not do, and that is a fundamental mistake many of us make. To me, one of our most important duties is to guide our children and encourage them to reach for that which is within their grasp, no matter how distant or unobtainable it may seem. With the summer already upon us, I urge you not to waste valuable time. Suggest to your children that they read a couple of books over the summer months; get them interested in museums and libraries; instill in them the importance of accumulating knowledge and, above all take the time to listen to what they have to say. Never be too busy to answer their questions or hear their problems. Try not only to give positive advice, but also to inspire positive conduct—too many young people are wasted because nobody cared, nobody listened, and because their parents failed to display a positive image.