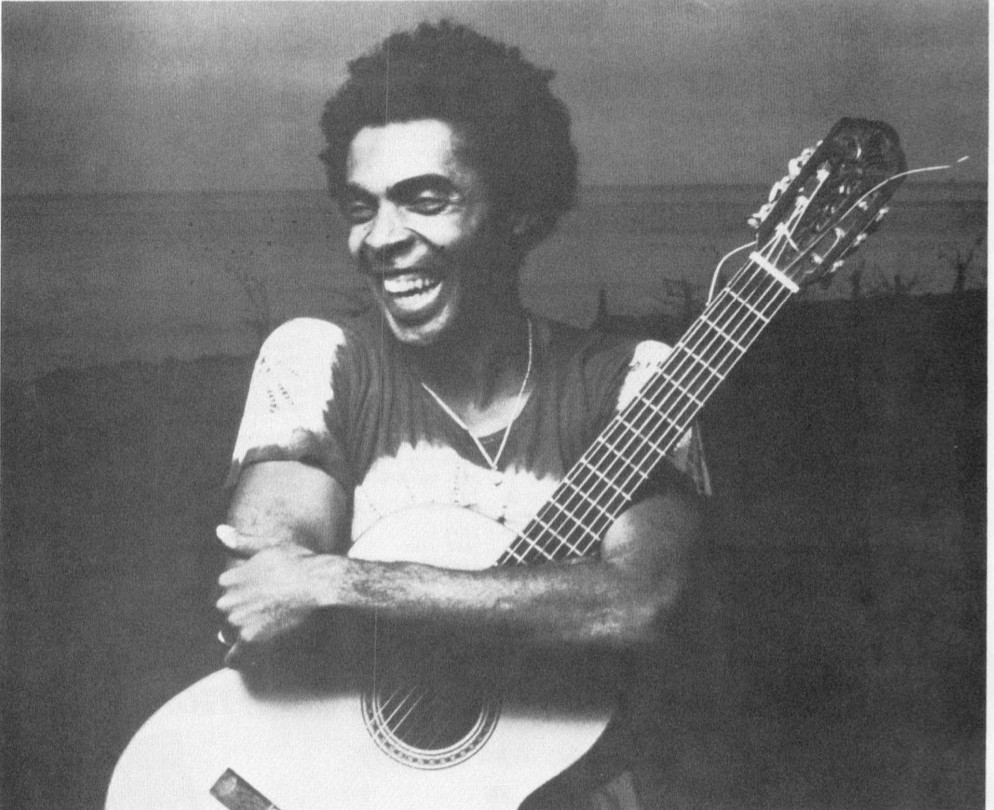 Not since the bossa-nova craze of the 1960s has Brazilian music been hot in the United States, but it just might be making a comeback. With fusion and disco music now saturating the market, the public seems to be ripe for the bracing sounds of cuicas, agogos, pandeiras and reco-recos.

Today, an increasing number of Brazilian musicians are living or at least recording in this country: Airto Moreira, Eumir Deodado, Dom Salvador, Raul de-Souza, Paulinho da Costa, Amaury Tristao, Egberto Gismonti, Dom U Romano and Moacir Santos, to name the more prominent ones. A very welcome addition to the list is Gilberto Gil, whose first American album, Nightingale, has just been released by Elektra.

One of Brazil’s top names in popular music, Gil is also extremely well-known in Europe, where he attracts capacity crowds to such hallowed halls as the Olympia Theatre in Paris and to such prestigious international events as Switzerland’s Montreux Festival.

Gil’s concert revealed him to be a charismatic showman whose multi-textured voice effortlessly glides from extreme depths to piercing falsettos. He dances, plays engaging guitar and vocally interacts with his musicians—often echoing the sound of their instruments.

With a style that effectively blends soul, rock, reggae and Brazilian rhythms, Gil instantly set the Columbia crowd afire; a bevy of fans is shaking and grinding, at the foot of the stage, throughout the concert.

A sizzling samba, showcasing percussionist Correa, brought the evening to a rousing finish. My only complaint is that the band did not sound Brazilian enough, but Gil was, after all, gearing  his sound for an American audience.

Born in Salvador in 1942, Gil was taken as a young child to the Sertao, the arid land — so well described by author Euclides da Cunha—to which Indians gave the name caatinga (white forest). “Culturally the Sertao is the most important area of Brazil,” says Gil. “The peasants are very spiritual and their music reflects their inner strength.”

Gil, captivated by the rhythms of such major Brazilian singers as Luis Gonzaga, Noel Rosa and Dorival Caymmi, spent much of his youth listening to Radio Nacional, the government station and practically the sole source of music in the region.

Manifesting his musical inclinations at an early age, during his high school years Gil took up the accordion— to emulate his idol, Luis Gonzaga— composed songs and performed with a group bearing the whimsical name of Os Desafinados (the Out of Tunes).

Joa Gilberto’s rendition of Chega de Saudade inspired Gil to abandon the accordion for the guitar and soon led to his composing his first boss a-nova, Felicidade Vem Depois.

While studying business administration at the university, Gil started performing in local clubs, where he was heard by many influential musicians; later, he moved to Sao Paulo to record his first album, Louvacao (Praise). Then it was on to Rio.

It was around this time that the Beatles were conquering the world; caught up in the fever, Gil joined some fellow musicians and poets in founding the Tropicalista movement, which attempted to introduce rock into Brazilian music.

The unconventional lifestyle of the Tropicalistas aroused government disapproval, compelling several artists in the group to seek exile. Thus, in 1969, Gil and Caetano went to London, Chico Buarque settled in Rome and Edu Lobo moved to Los Angeles.

Soon after, Gil wrote Aquele Abraco, a samba that became a national hit, and recorded an album with English lyrics as well.

When things finally cooled down in Brazil in 1972, Gil returned home in search of his African/Brazilian roots. Since then, his extensive recordings have gained him international recognition.

His string of successful albums include Gil and Jorge, which he made with his friend Jorge Ben (1974), and Refazenda (1976). Three years ago, Nesuhi Ertegun, chairman of Warner Elektra-Atlantic, heard Gil perform in Brazil and immediately offered him a contract to record in the US — the result is Nightingale.

When I paid Gil a visit at the St. Regis Hotel, following the concert, I found him seated in a yoga position, looking like a tranquil, majestic jungle animal.

He immediately told me, in that mellifluous voice of his, how happy he was about his American tour. “We have played in several Florida cities,” he said, “and we’ll finish at the Roxy in Los Angeles. I’m amazed at the tremendous reception we’ve had, far beyond my wildest expectations. We’ve played mostly to college students because they are the ones who are most receptive to foreign influences.”

And after LA? “We’ll stay there a couple of weeks to record an album for distribution in Brazil,” he told me. “Sergio Mendes will produce it, and its lyrics will be in Portuguese. I might translate a few songs into English for an American version.”

“I have to translate Brazilian songs myself because many American lyricists don’t take into account the rhythm of Brazilian music — The Girl from Ipanema is an example of a badly translated song. And after California, we have bookings in Japan and Europe.’’

Knowing that the Beatles have had enormous influence on him, I asked Gil if the same held true for American music. “I love soul music; I love disco,” he replied. “It’s good to have everyone dance. I’ve listened a lot to Chuck Berry, and Jimi Hendrix used to be a god to me, but I also like Marvin Gaye and Stevie Wonder.”

“I met Stevie in Africa and in LA, and I think he knows my music. Stevie and Miles Davis are my favorite American musicians, but the one I like best in the whole world is Bob Marley. Hmmm [he laughs] BOB MARLEY!”

What about jazz, I asked, you sometimes use your voice like a horn. “Yes, like a trumpet, a trombone or a saxophone,” he replied. “I’d love to record with jazz musicians, but they are special, sometimes difficult, people. In Brazil, we often perform with soprano saxes and flutes—a little like Irakere [the Cuban band that recently toured the US].”

Did he mind singing in English? “Not at all; on the contrary, I love it,” he answered enthusiastically. I” am also looking forward to performing more often in America, and I am sure that people at home will be happy if I’m well-received here.”

I let Gilberto Gil pack up for his trip to California. A warm hug— more laughter — Felicidades.

Thank you for the beautiful music, I said, and as I walked up Fifth Avenue, Gilberto’s songs kept bouncing in my head, conjuring up tropical visions: Aganju, Alapala, Alapala, Shango, Aganju…