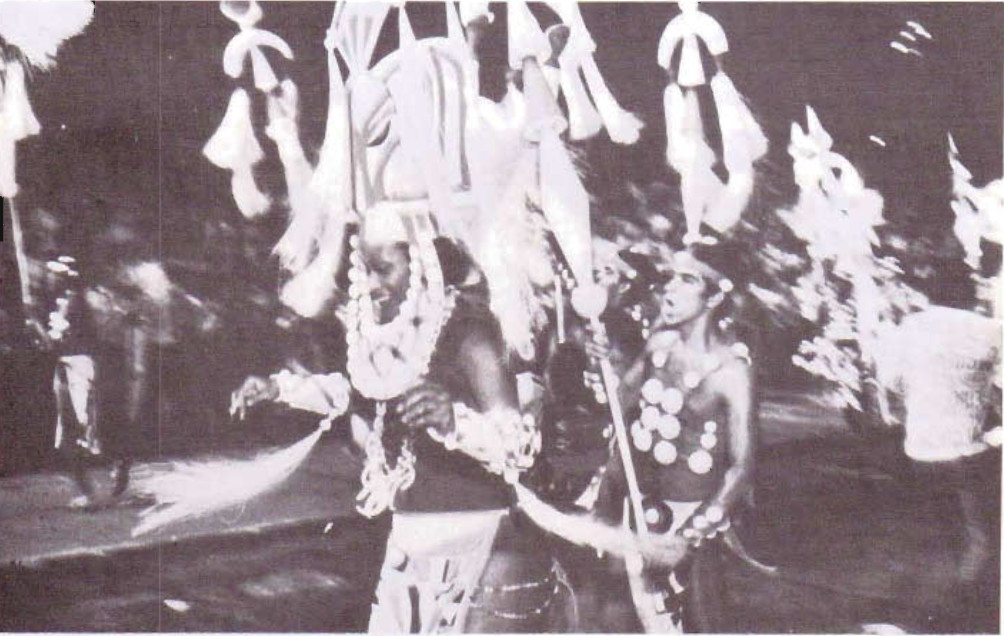 January and February are excellent months to take a very different and interesting winter vacation. Try Brazil during this period, when the entire nation becomes a gala festival. In an atmosphere of gaiety, pageantry and fantasy; visitors can momentarily discard their problems and surrender to the infectious excitement with complete abandon.

Three popular events which occur at this time are: Carnival, a wild and magnificent extravaganza that annually draws millions of spectators from all parts of the world to Rio de Janeiro, the Festival of Yemanja, an awesome tribute to the Goddess of the Sea; and the Festival of Bonfim, a purification rite at the Church of Bonfim.

These rituals, introduced in Brazil by African slaves in the 1500s still play an important role in the religious practices of the people of Salvador, the capital of Bahia, a coastal northeastern state. It was to this region that the Portuguese dispatched ships of slaves to work on sugar plantations, which explains the region’s present large concentration of blacks. Modern day black Brazilians have preserved much of their cultural heritage in music, painting, sculpture and in folklore, which includes such figures as Mae Preta [the Black Mother] and Negro Velho [the Old Black Man]. Also preserved is a profoundly Africanized Brazilian Catholicism. Therefore, one can combine fun in the Sun [Brazil is famous for its ideal climate and beautiful beaches] with a rich, fascinating cultural experience.

Beginning on the Friday before Ash Wednesday, Rio becomes four days and nights of festive splendor, Carnival is an event staged in hotels, streets and public squares and in a display of huge, colorful floats, lavish costumes and elaborate headgear, some towering several feet high. Rio’s street parades bring together thousands of people wearing glittering sequined shirts, crinoline gowns and clusters of beautiful ostrich feathers. They carry streamers, banners, colored pompoms and a rainbow of masks mounted on staffs. Elegant costume balls last until daybreak, and then move to the streets and onto the beaches, Carnival is the time when everybody becomes a Carioca — a native of Rio — and dances wildly to the hypnotic beat of the samba.

The top attraction and greatest single show of the entire carnival is the Grand Parade of the Samba Schools. Thirty-thousand dancers, acrobats and musicians fill the streets, playing catchy samba melodies especially composed for the occasion, and each school competes for the championship of the Carnival. With an incredible ease of movement, their bodies rock, twist and sway as they perform intricate steps rehearsed the entire year.

Originating in the black-populated districts, the samba schools are an outgrowth of the dancing parties given by Bahian women who came to Rio in the second half of the 19th century. As a tribute to those revered ancestors, each samba school on parade has a group of fancy-clad Bahian women enact a story independently of the other revelers. The first samba school, called Let Them Talk, was founded in the 1930s in the Estacio de Sa district. Others soon developed, adopting enchanting names such as We Do What We Can, The First Stop, Every Year We Parade Better and The Gossiping Neighbor. These were early names of the now legendary Mangueira, Portela and Salgueiro. The schools are now inextricably woven into the fabric of Brazilian culture and are responsible for Brazil’s most typical folk music: Samba.

Preparations for Carnival go on all year, and on weekends one can visit the yards where schools rehearse. Most hotels have information on the locations of the important schools and will tell you how to get there. Remember that the carnival season is extremely popular, and hotels are usually fully booked by late November to mid-December. Alternatives are renting an apartment or staying with friends, but, as a last resort, one can sleep in the streets, which is not an uncommon practice, After a long night of dancing, some participants simply drop to the pavements to catch a wink, blink and a next nod before — the next day’s events,

Nearly all hotels serve either European or American style breakfasts. Rio restaurants featuring international cuisine are, for the most part, expensive, while those which specialize in Brazilian cooking are generally less costly. You’ll need to be well nourished to keep up with the festive pace and take in all the sights and sounds, so indulge yourself.

On New Year’s Eve, hundreds of worshipers gather on Flamengo Beach to pay homage to Yemanja. Dressed in white, participants sing and dance to exciting drum rhythms. Candles are lit, and the beach is transformed into a spectacle of white figures illuminated by flickering beacons. At midnight, everyone rushes into the water to receive the blessing of good luck for the new year from the Goddess. 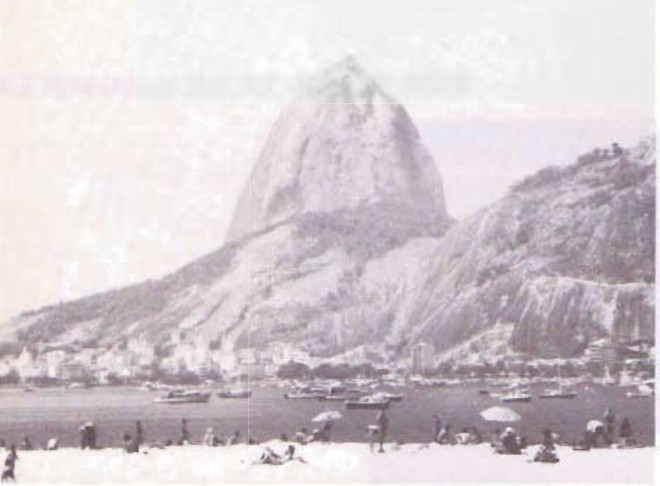 In Salvador, the Festival of Yemanja takes place on the beaches of Rio Vermelho and Itopoa on the second of February. Worshipers, also dressed in white, offer flowers and gifts to the goddess in return for special favors during the year. Loading several boats with flowers, they row out to sea to cast them into the water. Others stand on the shore and set adrift bouquets with written requests tucked inside. From a distance, the ocean looks like a floating floral quilt. Mirrors, perfumes, ribbons and combs are also set afloat, if they are accepted by the goddess, the worshippers believe that their wishes will be granted. However, should any of these offerings drift back to shore, it is considered a bad omen.

Starting on the Thursday preceding the third Sunday in January and lasting for ten days is the ceremonious festival called Washing of the Church of Bonfim. Groups of women wearing colorful regional dress and carrying jugs with flowers and water come to the church to symbolically wash down the steps.

Bonfim Church is to the people of Bahia what St. Peter’s is to the Romans. This ceremony is an expression of the deep faith Bahians have in Nosso Senhor do Bonfim. In the church, there is a room of miracles, where wooden, silver and plaster reproductions of parts of the human body are hanging on the walls. These represent the miraculous cures performed by Nosso Senhor. The activities culminate in a night of dancing and celebration.

Not to be missed is Candomblé, a form of voodoo with African rituals dating back to ancient times. Here, women, dressed in white, dance frenetically to one of the fastest beats to be heard anywhere. They stomp, writhe, and whirl, working themselves into a trance wailing for the spirit of Candomblé to enter their bodies. One woman is chosen lo receive a crown and scepter. Visitors can witness these public ceremonies which are usually held on Sunday nights around 8:30 pm. Some of the most important Candomblé terreiros [temples] are Eugebho Velho, Voo Alfanya, Menininha do Gantois and Olya do Alekato.

Rich in African traditions, Salvador possesses other places of cultural interest. Largo do Pelourinho on Alfredo de Brito Street is the place where thousands of slaves were once sold. The Museu da Cidade, Pelourinho 3, has an interesting collection of Candomblé figures in costumes weaponry and houses the world’s largest collection of African ceremonial headgear for women. For folklore shows, one can go to the Centgro-Folclorico da Bahia at the Praca Castro Alves, where Bahia dances are presented daily.

In Salvador, there is the Model Market, where unusual products and handicrafts are sold. These include fish nets in various colors, voodoo charms, unusual musical instruments, statues of the Gods of Candomblé, vases, jugs, jewelry, wood carvings, ceramics and trinkets. Salvador also has beautiful beaches of pale gold sand and charming tropical islands, where one can escape the din of the city to experience tranquil, unspoiled nature. There are several popular nightclubs that offer both regional and continental dishes, but one ought not leave Salvador without sampling authentic Bahia food.

A word of caution: English is rarely spoken in Rio or Salvador, if you don’t speak some Portuguese, an interpreter is essential. Bahiaturisa, the tourist board on Rua Mariscal Floriano, Canela, provides interpreters. In Rio, they are a little more expensive.

So, brush up on your Samba steps, and go experience one of the great festivals on earth.