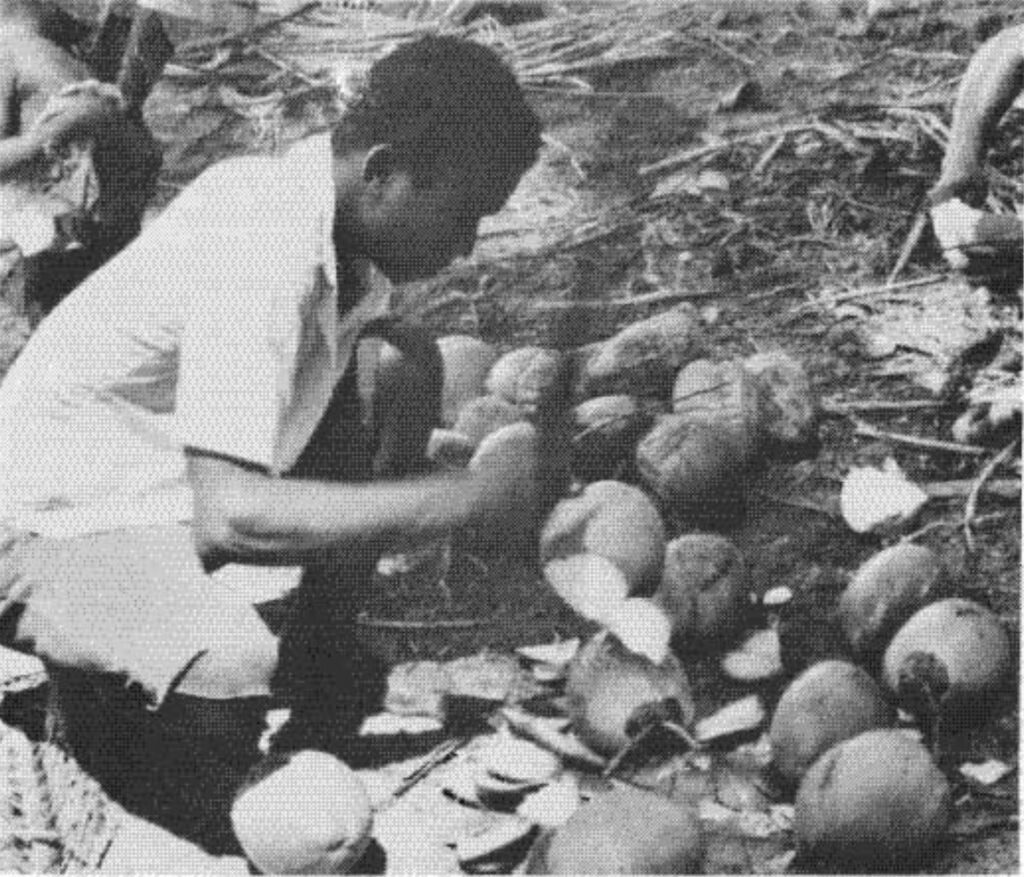 Kenya, Ghana, Senegal, Nigeria and Morocco are standard tourist stops for Africa-bound vacationers. Bags packed, travel procedures initiated — tourists heartily head for adventures there, but most bypass a little spot on the western bulge of Africa known as Liberia. But tourists are getting wiser and departing from the beaten path — much like Europe bound travelers are turning down the 10-capitols-in-10-days itineraries.

Liberia, a republic, constituted in 1847 by freed black men, is fast becoming a new tourist haven. Each year, an increasing number of visitors from every part of the world are attracted to Liberia’s palm-fringed beaches, sheltered bays, shimmering lakes, tranquil lagoons, rich flora and fauna, and mountains. Liberia offers a warm and healthy climate, including a dry season between October and April when a gentle breeze flutters the leaves and ripples the waves. Liberia’s history is an interesting blend of African and American heritage. It spans more than 150 years — beginning at Provident Island, where the first settlers landed in 1822.

Provident Island has a museum full of historical memorabilia. A re-enactment of the nation’s history can be seen at the amphitheater, where African dance and music are also offered. Check with the National Tourist Board at Broad and Buchanan Streets for the times and dates of other events.

Another important island is Bushrod, named after George Washington’s brother, where the settlers signed the first land treaty with local chiefs. It is now a busy commercial center which includes the free port of Monrovia, a cosmopolitan capital with a multi-ethnic population, Its American character is visible in the colonial style architecture, and the American slang in signs and daily conversations. But these and other features of American influence, yield to the strong presence of African culture and traditions originating from the countryside and townships where most Liberians live.

Taxi service is cheap — 30 cents to anywhere in the city — but Monrovia’s simple layout makes it easy to sightsee on foot. A walk along Broad Street to Colonial Square brings you to Providence Baptist Church, where the constitution was signed. Nearby, on Ashmun Street, is the Centennial Pavilion, built in 1947 to commemorate a century of independence. Capitol Hill features a cluster of interesting structures, including the Temple of Justice, the Capitol Building, which houses the legislative branches of government, and the President’s Mansion,

Julia’s on Gurley Street and Oscar’s on United Drive, are fine restaurants noted for their international cuisine and seafood.

If you’re addicted to American junk food, a giant hamburger sold at Diana’s on Broad Street costs $1.50 (Liberian currency is on par and interchangeable with American currency). But adventurous souls will want to sample the delicious Liberian dishes served at Rosaline’s, a popular African restaurant on Carey Street. Let your palate savor the creamy flavor of palm butter-meat, fish, or chicken cooked in the juice drawn from palm nuts. Or try palaver sauce, a mixture of okra, greens and meat or fish; or fu fu, a stiff mound of cooked cassava in a soup including meat, chicken, or seafood. Most of these dishes are served with rice. Rosaline’s is only open for lunch and the meals cost about $6.

Monrovia is a shopper’s delight. The streets are filled with merchants hawking handicrafts, carvings, hand-dyed cloth, jewelry, leather goods, and other wares at reasonable prices. Reasonable goes down to dirt cheap if your bartering skills are good.

Down the hill is Waterside, an old commercial center where retailers from Liberia’s 16 ethnic groups sell a variety of goods. There are also shops and boutiques that offer European, American, and Japanese items.

After an exhausting trek through the city, Liberia’s tranquil beaches are the ideal place to unwind and relax tired, hot feet. Cooper’s Beach, Ceasar’s Beach, and Sugar Beach are in and around Monrovia. For a small fee, you can stretch out on white sand and let the foam from the splashing waves seep in between your toes and sooth your feet in time for a night on the town. The in spot is Reflexion’s, a posh disco on Broad Street. Around the corner on McDonald Street is another favorite haunt called Hibiscus. There’s also a swinging disco in the luxurious Hotel Africa, located at the Unity Conference Center. A host of quiet bars and night clubs in the other major hotels offer more subdued entertainment.

When you’re tired of the noise and excitement of the city, day trips to Totota and Robertsport are worthwhile. These are small, quiet resorts only two to three hours away from Monrovia, You can go by bush taxi ($6), rent a car ($50 a day), or have the trip arranged by the National Tourist Office. Some of the roads in this vicinity are unpaved, so you’ll need comfortable footwear.

Enroute to Totota, you will pass charming little villages of thatch-roofed huts, find women selling wicker trays used for fanning rice, and young girls dressed in the traditional costumes of the bush schools. The bodies and faces of the girls are covered with white powder — a sign that they are ready for marriage.

Totota is a peaceful retreat located in Bong County near the southern border of Guinea. The Tubman Museum, which now contains a magnificent display of art and artifacts collected by Liberia’s president during his 27 years in office, is definitely worth seeing. There is also a Tubman Cultural Center at Robertsport, whose ancient collection attracts scholars from all over the world.

Robertsport is located in Grand Cape Mount County near the southeastern border of Sierra Leone. It is a sleepy town nestled in a valley encircled by tall mountains, the highest of which is the 1,100 foot Cape Mount, whose sparkling springs supply the townspeople with fresh, cool, mountain water. According to the locals, the water is the best cure for goiter.

No trip to Robertsport is complete without a swim in or a canoe ride on Lake Piso, a large salt water lake framed by thick green forests and high mountains. Along its shores are little fishing villages that have a cultural tradition all their own.

Massating, a large island in Lake Piso, teeming with wildlife, should not be overlooked. If you are in the area, take the opportunity to mingle with the Vai and Gola tribes. The Vai tribe, for instance, has its own alphabet and a writing system know as Tombe Kpolo.

In approximately two hours, Air Liberia (round trip $100) will take you down south to Maryland County, founded at Palmas Cape in 1831 by settlers from Baltimore.

Maryland County is a place of special interest, where you can explore romantic beaches, learn about the nation’s history through the oral tradition, and see authentic examples of African culture and folklore.

Harper is a quaint little town with modern houses and old iron shacks mounted on stilts. It resembles a small Caribbean town, but its flavor is unmistakably African. It is not the place to party hearty, since it only has a small disco called The Inn, and the Seaview Hotel for nightclub entertainment; but it has other charms. Centennial Beach, a romantic, secluded cove with beautiful tropical shrubbery, is located at the Cape near the Centennial Monument.

The Seaview Hotel is actually located in Harperport on Island Beach. The hotel sits on its shore like an enchanted cottage. It is a pleasant refuge. The exterior of the hotel is covered with huge oyster shells. As you enter, you can smell the fresh, grassy elephant’s ear, wild fern, and tall rubber plants which decorate the room. Basket lamps hanging from the ceiling and lighted bamboo fishing traps located in different parts of the room lend an intimate glow. Single and double accommodations are $8 and $12 respectively.

Dead Island, a traditional cemetery, is located at Harbor port, as is Lighthouse Peak, which affords a breathtaking view of the entire city of Harper on one side, and the Atlantic Ocean on the other. History buffs will be drawn to Bunker Hill, down the road from Harper, which is an actual conservatory of Liberia’s past

To get the real flavor of bygone days, a visit to the descendants of the settlers is a must. Some of them are still living in the very houses their fathers built in the early 19th Century. They have keen memories of the settler period and are eager to tell their story.

I spent many enjoyable hours sitting under a tree in front of the house of old David Johnson who told me interesting tales of the settlers and their struggle for survival.

Beyond Bunker Hill is Rocktown, Fishtown, and Cavalla, the tribal homes of the Krus and the Grebos. Little English is spoken in these areas, but interpreters are provided through the Office of the Superintendent of Maryland County.

Before you go anywhere in Rocktown, you should visit the chief’s house, who after giving you a warm welcome, will probably take you to the beach to see one of the most beautiful lagoons imaginable.

Unlike Rocktown’s thatched-roofed huts, Fishtown’s landscape is dotted with stone bungalows. This village is divided into quarters, each containing an entire extended family. Drop in and soak up local color, but stay clear of the High Priest’s house, which is off limits to strangers.

The High Priest, who may offer you a history of the town, is a tall, thin, light skinned man, wearing a dark gray tunic over a long black skirt.

If the High Priest is not available to see you, the village story teller may be summoned to offer some very entertaining folktales, told to a background of choral chants.

Liberians have made an art of welcoming guests. At Cavalla, a large village with square thatched-roofed houses, men kneel on one knee when they are introduced to a woman. Talk about feeling like an African princess! The traditional welcome is given — a ritual where kola nuts, dipped in pepper, and water are offered. The fond farewells are just as important to the people of this region. Three white eggs will be given to you prior to your departure as a symbol of the purity of your hosts intentions.