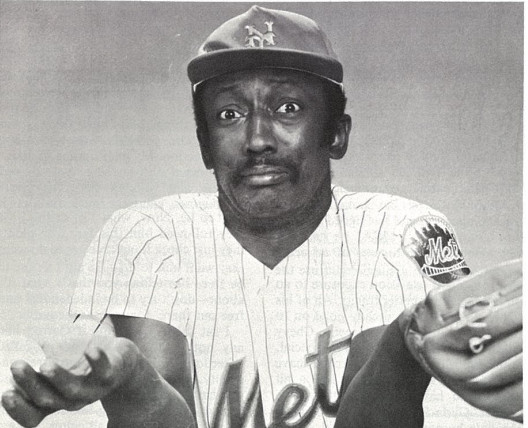 The F Train was slowly trudging along the tracks from Brooklyn to Manhattan. I was on my way to the NBC Studios to watch a friend rehearse in the Saturday Night Live Band. Flipping through a magazine, I came across an article about that very subject matter and my eyes come to a screeching halt at the statement “A visit to the headquarters of Saturday Night Live can be a sobering affair — if you’re Black.”

Interesting. And how convenient to be so prepared. The article was on Garrett Morris — the lone black member of the Not Ready For Prime Time Players — a fact which, of late, has become a very heavy topic. I read the article — was totally appalled by it (or him), and went on to the next story, shifting the former to some far off place in my mind where annoying thoughts are kept.

NBC’s Studio 8-H does lack variation in tints. Even the messenger boys are all white. I counted seven blacks in all: three in the band, three authorized personnel observing on the studio floor, and, of course, Garrett. But, this scenario represented nothing new.

My friend greeted me, and we started talking about the article I had just read, when in walks Mr. Morris himself. I had imagined him much taller. He looked minute in comparison to his arrogance.

We all hovered over the story. “When was that picture taken, Garrett?”, my friend laughed. The photo appeared to be perhaps five years old, Garrett’s clean shaven face on the photo was in stark contrast to what I now saw before me —Garrett in a werewolf-like beard, sprinkled with gray.

My friend chuckled after reading a few paragraphs and quipped with an astounding, “Is that true, Garrett?”

“Well, some of it is true,” the Prime Time Player shot back, obviously not pleased with the picture painted in the article. Meanwhile, we were told that all extraneous personnel (meaning me) were to leave the floor, so I climbed to the 9th floor balcony to watch the goings-on.

During the break, Garrett and I talked about the article again. He said the writer was an old girlfriend, giving me that look of extreme displeasure.

A young lady brushed between us, passing out photocopies of an article on a fellow Prime Time Player. She handed a copy to Garrett who snapped, “What is it? — If I’m not in it, I don’t want to see it.” Garrett sounded serious, but I assumed he was merely joking. The woman looked at him as if irked or puzzled by his attitude, and then went on her way. We said our parting words and my friend and I headed for the elevator.

An interview with Garrett was set up for a Friday evening. There was a bit of confusion once I got to NBC, but after a while, Garrett came out of his office and apologized for making me wait so long. “I’ll be with you in a minute,” he uttered, as he fumbled around his desk. “It’s cold in here, isn’t it,” he fussed. “You’d think a man could get some heat in his office.”

“Not many people do articles on me,” Garrett said as we headed for his dressing room. “I’m honored.”

As we walked through the corridors of NBC, we first got down to basics about Garrett Morris, the man. He was born in Louisiana and studied music at Dilliard University, graduating with a bachelor’s degree in Voice. He studied music at various other schools, worked with the Belafonte Singers and the Ray Thompson Singers. He also studied acting at HB Studios and the Negro Ensemble Company. Garrett also talked about his creative beliefs and the public criticism to his controversial antics.

By the time we reached the 8th floor, Garrett had worked himself into a rage. His fury received nothing more than a comic reaction from the people around the page desk. Obviously this scene was nothing new. We walked briskly. Everything Garrett does is fast, his movements, gestures and speech. As we arrived, he was still rambling on in quick succession — asking me to hang up my coat, sit down — all without changing his verbal rhythm.

His choice of words, including a truckload of expletives, is spontaneous. The words come out like salt from a shaker, spilling out in different directions. He volleys analogies and examples back and forth, then finally arrives at the point he wishes to make. It gets confusing. His words can easily be misunderstood and taken out of context.

At some point in the discussion, we managed to focus on life at Saturday Night Live. Garrett, it seems knew what he was walking into when he joined the crew at NBC’s most popular late night variety program. He knew that the role was that of a token minority and that he was going to have to deal with it.

But Garrett, after several years on the Saturday Night job, has it all rationalized. “I’m not saying that at times I do not accept without reservation, being categorized in a thing as a black man. But what the hell is wrong with that?” I sat there and listened to his explanations, wondering in the back of my head if black still meant seeing ourselves as the wash women and slaves Garrett often portrayed for national ridicule, and if in fact, as he suggested such acting is freeing our heads.

He went on to denounce the president of his actor’s union who was upset about an ad in the lewd Screw magazine showing Garrett eating a watermelon.

Although Garrett has spoken of plans for a publication and has signed a recording contract with MCA, he has had very few accomplishments of an actor whom one would assume could use the Saturday night television exposure to go on to bigger and better things. All of his fellow Players have already gone on to bright and innovative careers. Chevy Chase had his own television special. John Belushi and Dan Akroyd have become the Blues Brothers, had a hit record and have starred in their own movies. Gilda Radner (whom I think is the only humorous Player) had a one woman show on Broadway. Lorraine Newman has been in several movies. And Garrett Morris?

Not much. Oh, he comes out about two or three times during a show compared to the other’s six or eight. But then Garrett thinks his skits are artistically free — characters as Cicely Tyson, Tina Turner and Diana Ross in drag. Leon Spink’s mother, James Brown singing Please in a Scottish kilt, and a slave in Mandingo II, kissing on O.J. Simpson and — a cow!

It seemed strange to me, however, that Garrett failed to see anything degrading about his character depictions. In fact, he apparently feels that black people have allowed themselves to become so sick as to believe these comic roles are direct insults to them as a race.

Garrett insisted that his roles fall in the category of artistic freedom, and attributed his behavior to being an Aquarian — hardly a scientific explanation for what millions of television viewers see of a black man on the screen.

As the only regularly seen black man on late night television, he has hardly been the cause to change what he calls sick black minds into healthy ones.

Garrett sees the world with different eyes, it seems. He feels he is exploring new boundaries in his character roles — boundaries which he insists the white man has always been able to explore. What he apparently fails to see is that black actors and actresses have spent their lifetimes trying to eradicate this twisted definition of artistic expression.

Garrett further justified his explorations by drawing analogies to the genius of Stevie Wonder. “Do you remember when Stevie Wonder came out with fingertips?”, he asked. “Everybody loved it. They were going crazy. I was at the Apollo when he did this new thing. This organ thing. I was saying, ‘Oh, goddamn Stevie, this is a new direction. My man’s going to do it.’ Know what the audience was doing? Booing and walking out. They were walking out ’cause the music ain’t like it used to be. Now, what I’m saying is, if they followed him this far, why didn’t they just check it out? He got to do what they want him to do — He ain’t s’pose to be free. I’m telling you that’s what it’s about — don’t try to be independent and free out there, for real, in the public.”

I sat there wondering if Garrett had any notion about when this so-called freedom rhetoric turns into irresponsibility. Stevie’s music certainly in no way harms the image of a race of people. In fact, his trailblazing has been an inspiration to people of all colors.

After a long back and forth, Garrett assured me that he does care what black people feel about his roles, but he ‘‘ain’t going to get no ulcers’’ over it. His roles on Saturday Night Live are, after all, his job.

We had to break our interview into two parts. Garrett had certain personal matters that required his attention. Our second meeting left a lot to be desired. He suddenly became cold, unpleasant, and uncooperative. He now showered me with quick, incomprehensible answers as he smacked on grapes and dropped the seeds onto the already soiled rug. I guess I was now one of them — one of those interviewers whom he was kind enough to grant an audience.

I decided to stay and watch the dress rehearsal, for which a stream of excited people were ushered in to clap when the signs flash on. And when Don Pardo announced, It’s Saturday Night Live, I, too felt an excitement that our television screens at home cannot capture.

But alas, it’s short-lived. Garrett Morris walked onto the Weekend Update news set as Chico Escuela and mimicked, “Baseball been berry, berry good to me.” Sigh.