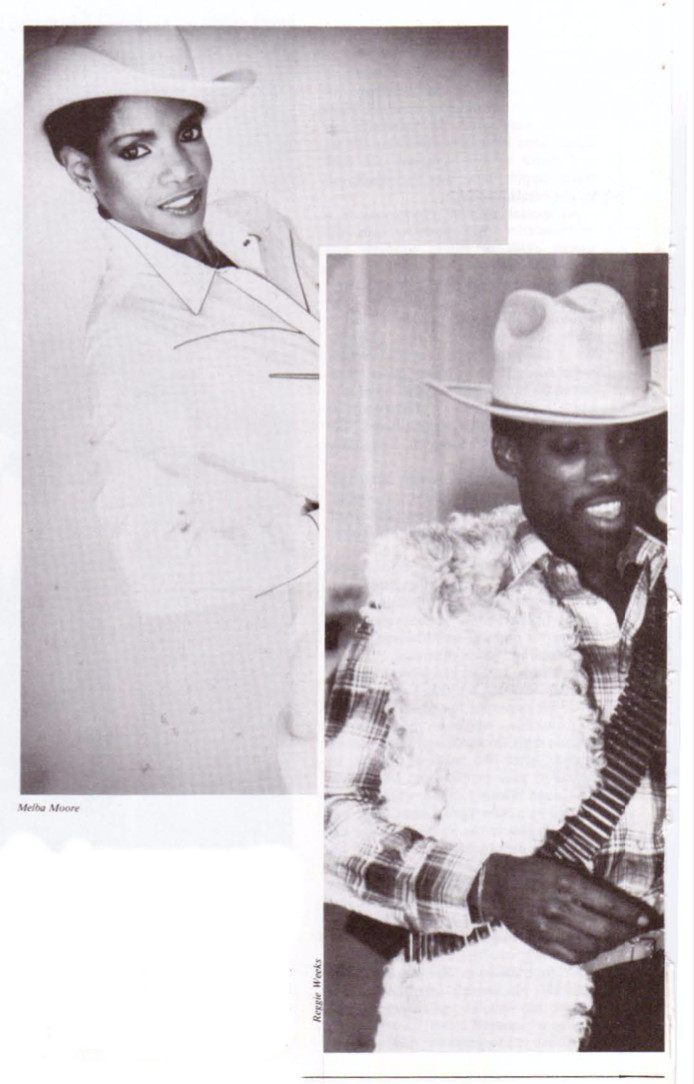 Texans may sneer and snicker, and ol’ J.R. Ewing’d curl his lip, but New Yorkers are getting into the western look and, surprisingly, are carrying it off with great style. The Western Look has become a part of cosmopolitan New York, and maître d’s at expensive restaurants no longer even as much as blink an eye at the sight of Stetson hatted, bolo-tied customers.

But what, to the urbane New Yorker, is the western look?

“It’s romance, it’s freedom, it’s a feeling,” a salesman at the exclusive western shop, McCreedy and Schrieber, reflected. At McCreedy’s, the price for beautiful hand-tooled leather boots can run into the four digits and similarly high-priced items move just as fast as less expensive styles.

But the western look is also denim and tri-colored cowboy shirts with yokes (a kind of scalloped cut), snaps instead of buttons, and piping (a thin roll of decorative material). It’s the bolo (string) tie, the wide-brimmed hats, the pointy-toed boots, and the perennial blue jeans.

While searching to unravel the mysteries of the western look, one will quickly find that there are two distinct categories: the gentleman cowboy and the ranch hand. Gentleman cowboy would apply to James Gardner in Wheeler Dealers or Larry Hagman in television’s Dallas—tailored suits with yokes and piping, and arrow stitched pocket corners; lizard-footed, tooled cowboy boots and trim, and light tan Stetson hats and cologne.

The demand for western clothes east of Amarillo and Abilene has inspired fashion designers like Ralph Lauren to create a special line. None other than Bloomingdale’s on New York’s fashionable East Side, carries the line, which includes a western-oriented men’s cologne called Chaps. Bloomie’s houses two Lauren western shops—one for men on the main floor and another for women on the third level. 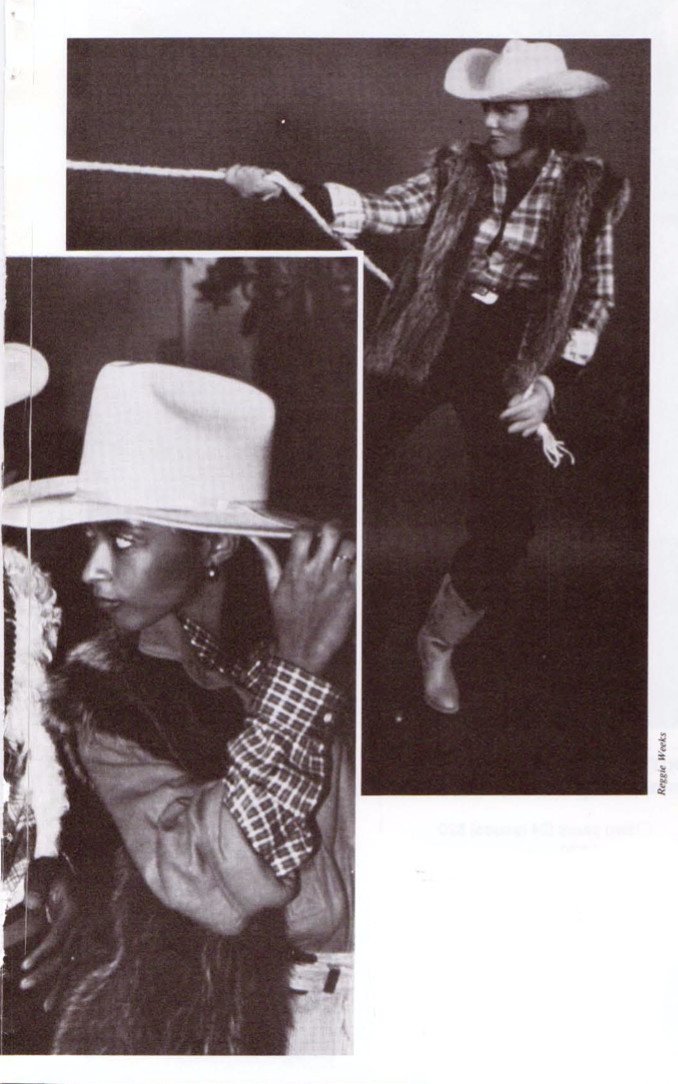 A salesman on the main floor, wearing a fringed leather jacket and calico print bandana called New York’s western look customers, The drugstore cowboys. They come in here and say they want to look like Texans, even though most of them have never been closer to a horse than the ones they see on television.

“Even I’ve only been on a horse once,” he grinned. “It went up and down to music and kept passing a brass ring.”

While Lauren offers neophytes such luxuries as supple suede cavalry shirts for $3.50, the words of Hollywood dress designer Bob Mackie (designer for Cher, Carol Burnett and Diana Ross) should not be ignored. He feels, quite bluntly, that designer western wear is a ripoff copy of items available at authentic riding and western shops at a mere fraction of the cost.

A lot of celebrities, including Teddy Pendergrass, have popularized western clothes. But still, nobody seems to have a handle on just what kicked off its popularity in the concrete canyons of New York. Michael, of the Lee Shop in Brooklyn, thinks that it’s always been with us.

If you go out west you’ll see people who’ve been dressing like that all their lives and whose parents probably dressed like that, too. The typical western cut in clothes has been pretty much standardized for the past 30 years. So people pick a boot they like, and a shirt and will keep buying that same style over and over again. It’s always available.

Legend has it that snaps on shirts instead of buttons, came about because pioneer women, wielding heavy clothes irons, didn’t have time to carefully press around fragile shell buttons, and usually smashed them. Necessity, always being the mother of invention, solved the problem with snaps. The bandana, on the other hand, was designed to be pulled over the nose and mouth to keep out trail dust after women got tired of men ripping up shirts to protect their faces from the rugged outdoor life of early America. Similarly, the cavalry shirt, with its high neck cut, was designed to fight trail dust.

The classic western boot, according to folk tale, was cut so that cowboys jumping on their horses could easily slide their feet into the stirrups. And last but not least, Levi Strauss supposedly designed the riveted blue jean because gold miners complained that their threaded pants pockets kept tearing from the weight of the gold ore they stored.

But all of that is a long way from the asphalt of New York, and it could hardly be argued that urbanites are turning to bandanas to keep out big city pollution.

If you stop and talk to people on the street about the western look, you’ll find that many native New Yorkers remember dressing up to play cowboy and cowgirl as kids, when Roy Rodgers and Dale Evans rode off into the sunset on their horses singing Happy Trails To You.

If all this has left you dying to get your own western outfit, just remember — it’s also a state of mind, so don’t run to the store, just ramble.