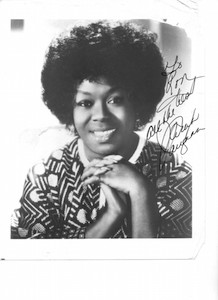 Robert Shaw was in town with the Atlanta Symphony Orchestra and Chorus to perform the Verdi, Berlioz and Brahms Requiems for the Easter season. Not being the most ardent pedestrian—as the transit system was out—lI was able to only see the Verdi.

The first subtle tones from the orchestra brought a sense of great expectations, which one could feel permeate the audience. The Requiem and Kyrie and the following Dies Irae seemed to fulfill those expectations, but the following sections—there are seven in all—didn’t quite measure up to the intensity and passion the Dies Irae left us with,

Any conductor will have a problem with Verdi’s Requiem. How do you give blood and thunder to the Dies Irae without having what follows appear anti-climactic? One solution is to have dramatic and full-throated soloists, This he did not have, with the exception of Elizabeth Mannion, mezzo-soprano, whose rich, dramatic voice, though muffled in the medium range, was the best suited to carry the opulence of the Requiem to a just conclusion. The soprano, Phyllis Bryn-Julson had the most free and natural sound, but her sense of urgency and fire, especially in the closing Libera me, was just not there. Seth McCoy, tenor, and John Cheek, bass — both newcomers to the Metropolitan Opera—sounded more like extensions of each other. They both sang as though they mutually clamped a mini-vice around their vocal chords, closing off the throat and losing half the resonance.

The 300-voice chorus, though rousing in the Dies Irae, also fizzle. Again, Shaw had the problem of balancing the power of all those voices against the comparative delicacy of the soloists, not to mention the weight and power of a full, passionate and beautiful symphony orchestra.

Shaw has always been a very musical and sincere conductor and this performance was well articulated, executed and overall enjoyable. It just needed more spice and less nice and a better strategy to keep the intensity from sagging. But you can’t have everything. Or can you?

Known in musical circles as nothing short of divine, Sarah Vaughan, in her return to the New York nightclub scene, filled the Grand Finale to capacity every night of her recent two-week engagement. Her stage presence remains a combination of natural ease and a wonderful sense of humor that delighted her adoring audience. Backed by a jazz trio (including noted drummer Grady Tate), Vaughan’s voice is luxuriously smooth with the ability to hit every anticipated note and draw it out into a thrilling scat crescendo. From the slowed down version of I’ve Got It Bad, to Jon Lucien’s Dindi, to the definitive rendition of Send In The Clowns, Sarah Vaughan proved that she is still a jazz vocalist in a category all her own. Her engagement was such a stunning success that she is due to return to this West Side nitery in late July. Don’t miss this rare treat.

Three days before Studio 54 closed its doors to the public, the legendary James Brown presented his mesmerizing stage show in a special midnight concert. Although suffering from the loss of its liquor license, Studio 54 was packed with a lively group of rock and rollers, who came to witness the one and only Godfather of Soul in action.

On one hand, the 1960s soul revue formula of Brown’s stage act is dated, tacky and pretentious — yet at the same time Brown himself is classic, ageless and as outrageous as ever. To set the landscape of contrasts, Brown’s band opened the show with instrumental versions of Alpert and Mangione hits that came across decidedly like M-O-R muzak. Next, Brown’s two back-up ladies came out to a dull reworking of I Will Survive. Finally, after an obnoxious M. C.  incited the crowd to shout praises for the star, Brown himself emerged. When the man is engulfed in his classics like It’s Too Funky In Here, It’s a Man’s World or Papa’s Got A Brand New Bag, time literally stands still. When the M.C. comes out and twice places deifying velvet robes around Brown’s shoulders and demands we chant James Brown, James Brown, the magic wears thin. But then again, it’s the same outlandish attitude that has made The Sex Machine unique. As wild and crazy as ever, James Brown is James Brown and still a one-of-a-kind thrill to experience in concert.

In a musical revue entitled Off The Coast Of Me, August Darnell’s latest musical incarnation known as Kid Creole and The Coconuts, has taken a newly christened rock club, The 80s, and the disco Magique, by storm. August, as you remember, is one of the members of Dr. Buzzard’s Original Savannah Band — the group that four years ago revolutionized the concept of disco in an exotic fusion of 40s big band be-bop sounds and distinctively danceable rhythms. Kid Creole is in reality Darnell, and along with Savannah alumnus Sugar Coated Andy Hernandez on vibes is accompanied by a four-piece band, a mysterious female vocalist dressed as a hooded executioner, and two lovely back-up ladies known as The Cocoanuts (dressed as Wilma Flintstone and Betty Rubble). Sounds bizarre? Well, Kid Creole and his Coconuts are — and very successfully so. Singing a stylized blend of disco and reggae, as well as the Darnell-produced hit, Deputy of Love, this wild rain forest vaudeville act is a hot new group to be on the lookout for.

Sandi Saundra Hewitt, the highly talented vocalist-wife of Teruo Nakamura, recently made her comeback into the jazz-cabaret circuit in front of a rather sparse Seventh Avenue South audience. Sandi, who has toured with Bubbling Brown Sugar, and who is somewhat of a household name in Japan, seems to be ready for the finicky tastes of the sophisticated New York jazz crowd.

New York’s high society got a taste of jazz recently, as pianist George Shearing appeared at the posh, ritzy Cafe Carlyle. Shearing’s venture-less renditions of standards were enough to keep the patrons subdued. The blind London-born pianist can deliver the goods whether in a posh club or a West Village be-bop hothouse … …Bang! Boom! and a little bit of Bossa Nova just to be sure, and what do you get? — Six shooting, heavy-handed drumming of Chico Hamilton. The legend in his own time appeared at the opening of a new Wednesday’s-only jazz club, Ipanema’s, which most may recall as being a Latin disco. Hamilton, who has been a survivor of the trends in jazz, totally awed the star-studded crowd with his rapid-fire, high-hat techniques and his ability to safely lead a young, ambitious group into the jungles of improvisation and then bring them back—intact. Hamilton fuses the rudimentary elements of funk with the easy listening melodies of bossa nova, to come out with a unique sound all his own. The only major flaw was the female vocalist who never really sings a word, and chose instead to blend with the reedman’s tenor.

Smokey Robinson’s latest album, Warm Thoughts looks to be out of season. With everyone’s mind on the beach, the poet par excellence chooses to pose in fur coat amidst a cold wintry landscape. But, as they say, it’s what’s in the groove that counts. Smokey has realized that ballads are what people want from him. Therefore, he has followed up his smash single Cruisin’ with a fine collection of ballads in the same vein. The album glides along sweet melodies and subtle harmonies. The standout cut here is Smokey’s composition, Wine, Women and Song, which features his wife Claudette, whom I haven’t heard croon since the early 1960s. Claudette’s voice is smooth, easy and warm and perfectly compliments her husband’s. It’s as if the two have been singing together for 20 years, which I presume, in their home at least, they have.

It is no big secret that Roberta Flack’s career has been floundering. Her latest production, featuring the late Donny Hathaway has broken the spell. After several listenings, it has become obvious that it is Donny’s voice that makes this album come together. The once dynamic duo glide through Stevie Wonder’s You Are My Heaven with all the conviction befitting a sincere relationship. Equally believable is Mtume’s Back Together Again.

Most of the other tunes on the album are less inspired. I had high hopes for God Don’t Like Ugly, but the supposed gospel flavor is more Anglican than southern Baptist. Roberta never really gets off the ground and her vocals are beginning to sound somewhat bored. This album’s worth it, if not only for Donny Hathaway’s memory.

With everyone proclaiming disco’s demise, it’s fun to listen to Dan Hartman on his adventurous outing, Relight My Fire,

Dan is seeking to give disco a little more than standard boom-boom, and has invited Stevie Wonder to assist, which the musical genius ably does, running away with his harmonica on Hands Down. This one might be labeled disco/rock, but whatever the label, it is an innovative look at an oftentimes mediocre medium. Hats off to John Luongo and Michael Barbiero, the mixers. They have redeemed their souls after putting out that horrible disco concoction, Ten Years Too Soon— the disco Sly Stone.

As for Hartman, his voice is nothing to write home about and he should thank the Lord every night for sending him the buxom and fiery Loleatta Holloway to tear up the album’s title song.

Equally high in quality is The Best of Dexter Gordon, part of a Best Of series just released by Columbia. The selections are culled from many of his previous albums, including, LTD, Body and Soul, and The Moontrane. The personnel on this collection are also veterans: Woody Shaw, Louis Hayes, Frank Wess, Benny Bailey, Goerges Cables. You can’t help but love the way Dexter curls notes around his horn or unfurls them, and chisels each phrase tike a master jeweler. Like all things beautiful, his music is never dated, Dexter Gordon.

If you’ve got a case of the blahs, there’s nothing like a sizzling platter of mouth-watering, nitty-gritty blues served up by the one and only B.B. King—this time on an album recorded live at the University of Mississippi. King is joined by an impressive retinue of musicians, arrangers, mixers and engineers. Ladled on the blues are heaping spoonfuls of B.B.’s mellow rap — pure molasses. Lucille and the King groove all the way from Rock Me Baby to The Thrill ls Gone. Included in the musical feast are some Crusaders tunes. The audience roars its approval. B.B. King is an institution and a wonderful one at that.

La Sonora Poncena is a great Latin band from Puerto Rico. Machito has called the musical director, Papo Lucca, the daddy of them all, although this daddy is barely thirty-three. This band bombs you with a ton of musical pellets. Ahora si starts with a trio of batas, the sacred Yoruba drums which nobody has used in a jazz context before. Then the rhumba jumps out of the groove, unleashing metals, skins and fire. Papo Lucca also tackles Night In Tunisia, not jazzy but tipico, as traditional Cuban music is called in Spanish—with a strong clave phrasing. Because of the abundant cross-pollination between jazz and Latin, jazz lovers should feel at home with this record. Its arrangements are a rich source of inspiration.

Singer/percussionist Jose Mangual, has released another fine salsa album. The personnel includes the fine flower of Latin studio men. While less original than La Sonora Poncena’s album, Mangual’s production makes for perfect dancing as well as listening. If you are not familiar with Mangual Jr., you might want to listen to his previous effort, Tribute to Chano Pozo. It has a Jazzier feeling and features delightful samba. Latin, of course, is giving fusion a tun for its money. Mangual will give you an edge on the game.