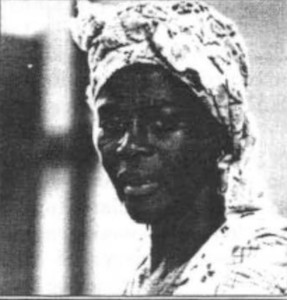 Early in the film, Fried Green Tomatoes, Buddy Threadgood tells a story about a big lake where the family used to go fishing. Then one day some ducks came to live on the lake. Soon after their arrival, there was a precipitous drop in temperature. The lake froze and the ducks flew away, taking the lake with them. Now the lake is out there flying somewhere over Georgia.

Although she has heard that story over and over again, Ruth, the girl Buddy loved, wants to hear that same story while she lies deathly ill in a darkened room. Stories are so very important in our lives. They thread together the fragments of our days. They don’t desert us when trouble knocks on our door and refuses to go away. They remain in our brains, soothing us when all else fails. Like food, stories console us and make bearable the unbearable.

As the title implies, food is pivotal in this film about the South and how it has and hasn’t changed since the early days of this century. During the Depression, Ruth and Idgie Threadgood, Buddy’s sister, refuse to accept conventional roles as women and instead operate a restaurant called the Whistle-Stop Café. They serve crusty and succulent pies, fried green tomatoes and barbecue (“the secret’s in the sauce”) that has become legendary. Their restaurant dominates a prominent corner in a tiny Alabama town right across from the train station.

There’s more than one story here. There’s the story of the Threadgood family, and the atomized black family (mother, son, and granddaughter) that works and cares for them. There’s also the contemporary story of Evelyn and her husband. Evelyn befriends the octogenarian Miss Tbreadgood who lives in a nursing home and fills her environment with flowers. Miss Threadgood keeps the past alive and blooming through the stories she tells Evelyn out of her memory garden. It’s because of these stories that Evelyn discovers the beat of her own heart.

The Threadgoods are good people. Their love is sturdy and consistent. Once they love you, they never stop no matter what the rest of the world thinks of you. They are the charmers and the charmed. Idgie Threadgood can steal honey from a bee. She can stick her band into the hive and walk away swarming with bees, but she never gets stung. This engaging story, adapted for the screen from Fried Green Tomatoes at the Whistle-Stop Café, a novel by Fannie Flagg, also plunges deep into the heart of violence.

Flagg tells a captivating story of undying love and untimely death, of domestic cruelty, of revenge and loss, and of high-hatted Klansmen stalking the night. The performances are thrilling. Jessica Tandy, Kathy Bates, Mary Stuart Masterson and Mary-Louise Parker couldn’t work better together. Cicely Tyson is amazing as the titular head of a reduced black family where each of three successive generations is represented by only one member. Stan Shaw is loyalty personified as her salt-of-the earth son.

Fried Green Tomatoes is above all a woman’s story. Men are present in the film but clearly subordinate. Therein lies a danger. Don’t misunderstand. I’m not arguing for male rights. But I am arguing that polarization of any kind leads in the wrong direction and generally veers off into anger. These days, far too many men are angry with women and far too many women are angry with men. It may be that this film, in trying so hard to be fair to women, has alienated some of its audience.

But this is a tangential quibble. In this film, the past is given flesh and fresh blood. We begin to understand something perhaps we never saw before. We see here a connection, undeniable and persistent, between yesterday and today. We begin to understand that life flows like a rushing river, and that, if we’re not careful, some very valuable things can vanish just like the lake that flew away with the ducks to Georgia.

Fried Green Tomatoes teaches us to cherish that from which we have come. This is a film about alliances and loyalty, about fierceness and lack of compromise, about fighting hard to maintain and protect the connections we feel deep in our bones. This film celebrates the ties between black and white, between woman and woman, between old and young, the ties uniting the poor, the powerless and the dispossessed. If that weren’t enough there’s the music. The kind of deep, rich, gutsy music that reaches down and warms your toes and all other parts of your anatomy sung by performers like Bob Dylan and Trixie Smith. You probably never hoard of Trixie Smith, but she’s one of the early black blues women who got tho recording industry started. Fried Green Tomatoes is a story as American, fully and wonderfully American, as the deep-dish apple pie once served at the Whistle Stop Café.

I really admire Cicely Tyson for taking that role. She did such a good acting job. I think she was courageous for taking on that part,” Angela said to Karen as they walked out of the theater after seeing Fried Green Tomatoes. “Well, I have just the opposite feeling. I was really upset that she played a maid. Though were lots of other actresses who could have done that role,” said Karen.

“Nobody could have done it b than she did,” Angela said. “And she had such a pivotal part. It was a plum of a role.” “She played a menial,” Karen rejoined. “I felt that she was dignifying a role that didn’t deserve to be dignified.”

“Maybe she was a menial,” Angela answered. “But she was at the center of the action. She does what no one else has tho courage or strength to do. She saves everyone else.”

“But isn’t that what we’ve been doing all along?” Karen asked. “We save everyone else without being able to save ourselves. That’s what bothers me.”

“But that’s real.” Said Angela. “It’s like that and it will continue to be that.”

“You’re right. It’s real.” Replied Karen. “I see it every day. Out don’t we ever get past that? Will we ever be able to lavish all that love and concern on ourselves?”