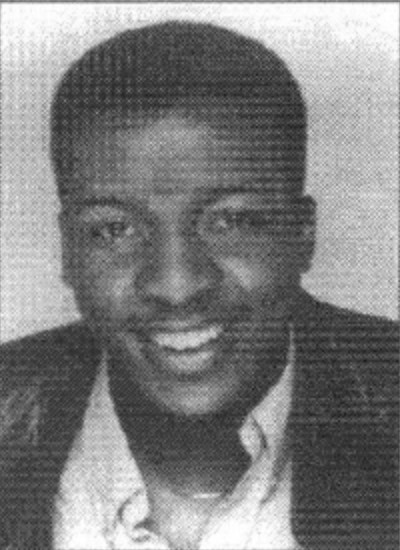 Dwight Smith sees everything, even pain and pleasure, in film terms. “I had a baaaddd toothache about a month ago,” Smith says. “The dentist told me I needed a root canal. I asked him how much that’d cost. He said $250. That’s 2 1/2 rolls of film! I guess you know what I told him.” Dwight Smith winces, then tries to dismiss the pain. “It’s okay, really… really . . . it’s okay.”

Smith, who recently earned his masters in film from NYU and the New School for Social Research, continues. “I recently turned down an offer to take a fourteen-day Caribbean cruise for $1100. An eleven minute roll of film costs about $100, that’s eleven rolls of film! That’s all the film I need to shoot my short, Jump Shock!

Smith’s last film, Samson and Delilah, a dance and rap musical based loosely on the biblical story, was the Gold Award winner in the 1991Houston International Film Festival. Dwight was not always a film enthusiast. The stage was his first love. After performing stand-up comedy and skits in high school, he enrolled at A&T University where he decided to perform for love and major in electronics. It was in the A&T Drama Club that Dwight Smith met Arnold Pinnix and the two developed a collaboration that has spawned stage and film work that some consider classic.

To date, the most celebrated Pinnix/Smith project has been the award-winning film short, The Adventures of Pigman and Possum, a finalist in Sony’s Innovator competition. Exaggerating their own physicalities to near caricature proportions, Pinnix is the selfish, greedy, sloppy Pigman and Dwight plays the selfless Possum who’s gangly and narcoleptic (that means he falls asleep anytime and anywhere). Pigman and Possum are two independent, Harlem-based, garbage collectors thrust into the superhero arena when they help fight neighborhood crime.

Playing the sleepy Possum was not at all difficult for Smith. He was “working full-time, attending school part-time, helping with the productions of seven other student films in addition to my own, getting 3 to 4 hours of sleep a night for weeks, falling asleep in the editing room in the wee hours when most sane people were comfortably bedded down at home. Sometimes I wondered if all this was worth it? Then at a showing at the New School, everyone in the auditorium gave us a standing ovation while the credits rolled. I knew then that there was nothing else more important that I could’ve been doing.”

Humble beginnings along with hard work and an emphasis on education can give form to sublime aspirations—weaving your fondest dreams into reality. Dauntless persistence pays too. And it doesn’t hurt to have a smart, ambitious mother and a father who’s a disciplinarian. “She was a genius,” Dwight Smith says of his mother. “She devoured whole books in mere hours, for real! She graduated from high school at the age of fourteen. Her father made her wait a year before entering college because he thought she was too young…. My father was a stickler for education and a hard worker who got us working when we were very young with light house chores like plumbing, roofing and chain sawing trees,”

Dwight Smith decided to make his living as an entertainer when he moved to New York City shortly after graduation from A&T. He has performed in numerous comedy shows including his own one-hour cable television special, and he made a guest appearance on Saturday Night Live while in college. But he gave up all this early success up to pursue film. “When you do stand-up,” he explained. “You’re out there all alone, naked, vulnerable. Like a dart board just waiting to be stabbed! Like a mink at a fur show! Like a pretty little bunny at a chicken hawk meet!”

And he quickly got tired of the auditioning process. It wasn’t long before he was bored with “being sent out for belly button cleaner commercials, silicon muscle implant ads, and all kinds of stuff. I was spending all this time pursuing jobs I just really didn’t care about. Then I’d go to bad movies and say, ‘I can do THAT!’ I had never heard of film schools or degrees in filmmaking before Spike Lee. The revelation that film school was possible plus my background of doing for self instead of working the circuit of O.P.P. (Other People’s Projects) led me to pursue a Masters and now a career in filmmaking.

Filmmaking is an expensive endeavor as a career or hobby. If you’re not well-known but have numerous awards, financial backers are still skeptical and scarce. At least that’s been Dwight’s experience, “In the beginning, my whole focus was on creating films regardless of the cost. I used credit cards in lieu of cash, but I soon learned I CAN’T GO ON LIKE THIS!!! I was making films faster than I could pay for them. I’m still paying for my last two films, right now—YEARS LATER! So I surrendered part of my creative focus to the necessary evil of the bottom line. I will devote nearly all of my time and energy to film, but I’ll try to use cash only, no charges.”

Trying to drum up backers while waiting for verdicts from grant and fellowship applications, so he can turn The Adventures of Pigman and Possum into a feature length film, Dwight Smith continues to hone his exceptional talents. He’s working on smaller projects and helping to weave others’ Big Time film and video dreams into reality.

What’s the common thread running through the fabric of the many tales he spins? “Laughter,” Dwight Smith says. “I like to create things that are meaningful and funny because people tend to remember what makes them laugh. I enjoy making people laugh even at the expense of making a clown of myself. One of my most satisfying compliments was when a girl told me she wasn’t going to come to one of my shows because she was feeling bad, but she was glad she came anyway. I made her laugh and she felt better. Laughter can heal.” An early April screening of Dwight Smith’s many film shorts is in the works. For more information, call (212) 617-1748.

See the complete issue of Routes, A Guide to Black Entertainment July 1978 as PDF.