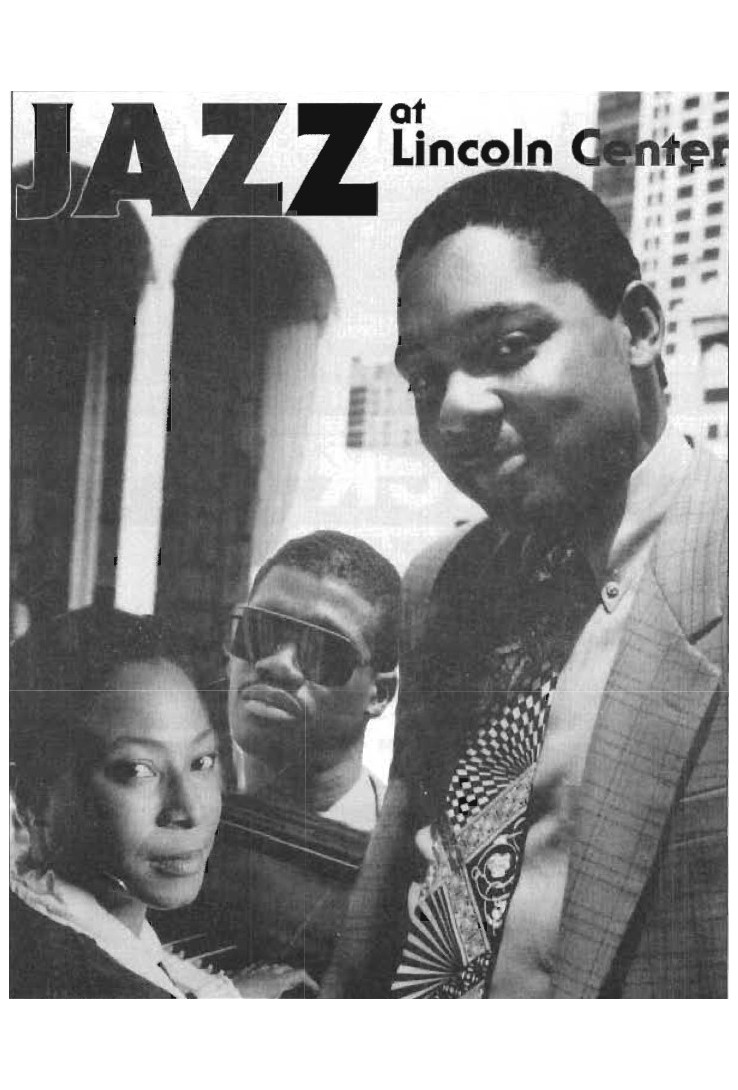 Several years ago, the Carnegie Hall people held a press party to announce a series of jazz concerts at their Recital Hall. As the assembled musicians and critics mingled and sipped their wine, a spokesman for the esteemed concert hall called for attention. “We are very proud to be presenting this series,” he said, “because we wish to demonstrate that Carnegie Recital Hall is not devoted exclusively to serious music.” You could have heard a pin drop.

Musicians who had devoted an underpaid lifetime to jazz and spent years fine-tuning their craft, were being told that their work was not serious.

True, jazz made its Carnegie Hall debut in the Thirties, and the institution should not be held responsible for one man’s unfortunate remark, but it points to a stigma suffered by jazz since the Twenties, when it functioned as dance music. Nobody thinks jazz ought to be relegated to beer halls and nightclubs —as it once was—but many people continue to regard it as a somewhat lesser art form than that which keeps such musical giants as Zubin Metha or Pavarotti going.

If the perception of jazz as serious music is growing — and it is — chalk up a goodly amount of credit to Jazz At Lincoln Center. Jazz has been a visiting cousin since Lincoln Center first raised its curtains and opened its stages, in the early Sixties, but now it is clearly a revered family member, More than just a series of concerts, Jazz At Lincoln Center is an ambitious program that entertains, educates, commissions original works, and even leaves its home to bring first-rate classic jazz to cities all over the country,

It all began in 1987, when trumpeter Wynton Marsalis, his sidekick, the noted jazz writer Stanley Crouch, and Alina Bloomgarden, Lincoln Center’s Director of Visitor Services created the institution’s Classic Jazz concert series. The popularity of those concerts—which featured live interpretations and recreations of historic performances, led to the formation of Lincoln Center’s Jazz Department, the firmly rooted tree under which all this activity blossoms.

With help from corporate and private sponsors, this jazz tree is growing fast. This year, Jazz At Lincoln Center enters its third season with a stunning week of events. First, pianist Marcus Roberts directs a nine-piece band at the Classical Jazz concert (Alice Tully Hall, August 3), celebrating the anniversary of a Thelonious Monk big band concert that took place at Lincoln Center thirty years ago. The following day, Robert O’Meally, author of The Many Faces Of Lady Day (Arcade Publishers, NY-1991) takes over Bruno Walter Auditorium to deliver a “Jazz Talk” that draws its title from his book. On August 5, New Orleans Clarinetist/historian Michael White presents a film program of Crescent City jazz at the Walter Reade Theatre. Friday, August 6, Alice Tully Hall will be the scene of a trumpet and tenor Battle Royale that promises to be memorable because the participants are a stellar cast, spanning several generations of players: Wynton Marsalis, Roy Hargrove, and Red Rodney are included on the trumpet side, and David Murray and George Coleman will be among the tenors. The creative juices will again flow at Alice Tully Hall on the following day, when “Jazz At Lincoln Center” presents © the world premiere of commissioned works by pianists Marcus Roberts and Geri Allen, each of whom. leads an octet for the occasion. Rounding out the eventful week will be yet another Alice Tully Hall concert by the Lincoln Center Jazz Orchestra.

Geri Allen is the latest in an impressive line of Detroit pianists that includes Tommy Flanagan, Barry Harris and Hank Jones. The Motown sound dominated the Detroit music scene during her childhood, but Ms. Allen — who has a bachelor’s degree in music from Howard University and a master’s in ethnomusicology from the University of Pittsburgh `- was more attracted to jazz.

For the past ten years, she has graced the New York scene, impressing musicians and generating new admirers both as a pianist and a composer. Ms. Allen has also contributed strikingly articulate Verve, JMT and Blue Notes’ albums to the jazz WM library. Her style is a happy amalgam of ragtime, Morton, Waller, African and Cuban rhythms, Bop and plain old funk, and she weaves it all into a distinct expression that compliments all these sources without imitation. Clearly, Geri Allen is one of today’s most substantial players, and her commissioned work is eagerly anticipated.

Marcus Roberts joined Wynton Marsalis’s group as pianist/arranger in 1985, and the association continues. In the past few years, Roberts has blossomed on his own, delighting concert and club audiences, and enriching the jazz record catalog with a series of Novus releases that are a reflection of jazz history, not to mention the pianist’s own eclectic taste. Roberts considerable talent for writing fresh material and his proven skill as an arranger make him the perfect recipient of a commission.

In September, Terence Blanchard and Roy Hargrove, two of the finest jazz players to come down the pike in recent years, will bring their quintets to Alice Tully Hall for world premieres of two more commissioned works. Earlier this year, Mr. Blanchard recorded his 11-part The Malcolm X Jazz Suite (Columbia CK 53599), which demonstrates a considerable talent for conceiving cohesive extended works. Duke Ellington, whose compositions and arrangements the Lincoln Center Jazz Orchestra often features, was an early master of jazz suites, but few younger writers have approached his ability to stretch jazz composition in a way that does not end up sounding forced. Terence Blanchard comes close.

At 23, Dallas-born Roy Hargrove is eight years younger than Blanchard, but he has already spent a few years in the New York spotlight, made several extraordinary recordings for the Novus label, and demonstrated a remarkably mature approach to jazz. Like so many contemporary under forty jazz musicians, Hargrove credits Wynton Marsalis with having given him the encouragement to go the jazz route. He, too, has proven himself to be an interesting and original composer.

Besides being the Lincoln Center Jazz Department’s Artistic Director, Marsalis conducts its Jazz For Young People concerts, a series of-informal presentations designed to be both entertaining and educational. Thanks largely to the late Art Blakey, who hired very young musicians for his group and prepared them for solo flights, the past ten years have seen the emergence of new generations of jazz musicians; Marsalis, himself a Blakey alumnus, has—by default and deliberate action—contributed to the current surge of jazz interest.

His gift for communicating with children makes him the perfect teacher and, having brought young musicians into the fold, he can now also plant the seeds for a new generation of jazz fans. Marsalis also occasionally goes on the road with the touring orchestra, spinning the magic of Lincoln Center’s jazz to audiences who might otherwise not have a chance to visit the performing arts center, much less hear live jazz of such high caliber.

When the Lincoln Center Jazz Orchestra makes its next tour, a one-month, thirty-city trek in January of next year, Marcus Roberts will be at the helm. The orchestra’s mid-February return to its home base will be celebrated with an Alice Tully Hall concert featuring the music of Jelly Roll Morton, Duke Ellington, Louis Armstrong, Count Basie, and Thelonious Monk. 1994 will also see the birth of a new venture, Jazz From Lincoln Center, a weekly radio program hosted by Ed Bradley, of 60 Minutes and Street Stories fame. It will carry Lincoln Center’s jazz message over nearly two hundred stations on the National Public Radio network. Is that not serious business? You bet it is.

See the complete issue of Routes, A Guide to Black Entertainment July 20, 1993 as PDF.