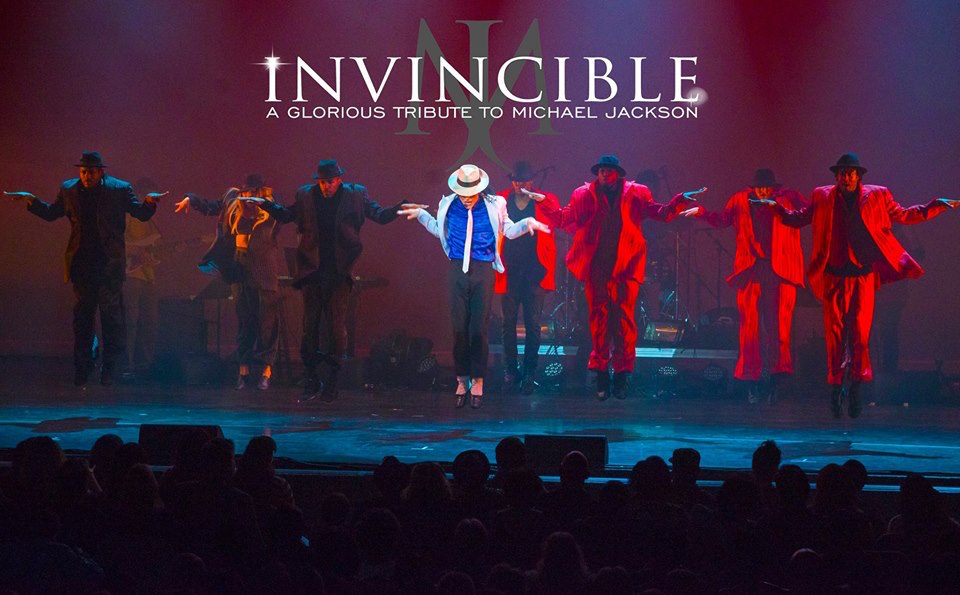 If you love Michael Jackson you will be pleased to know that Saturday, June 11th at 8:00 pm. is going to be a special day for Michael Jackson fans. It is the day that New Jersey Performing Arts Center (NJPAC) located at 1 Center Street in Newark, NJ, is sponsoring a “Michael Jackson Day,” to honor the King of Pop who left the world June 25, 2009. Yes, Michael is gone too soon, but Michael’s fans can keep his memory alive by remembering him and paying tribute to one of the greatest performers to ever live. So come on out to NJPAC on June 11th and celebrate Michael Jackson’s extraordinary life.

Producer Darrin Ross has been putting his blockbuster show, “Invincible: A Glorious Tribute to Michael Jackson,” before the adoring public for seven years and this year he plans to make the show better than ever by featuring The Jackson’s Greatest Memories Collection (one of the largest collections of MJ Memorabilia on the east coast) prior to the Invincible show. Fans who buy tickets to the Invincible show can view the large Memorabilia display earlier in the day (5pm-8pm). However, the Memorabilia display is only one part of Michael Jackson Day, a day filled with events, food, workshops, and a MJ look-alike, dress-alike and best MJ performance contest. Of course, there will be prizes for the winners.   The festivities will culminate with the spectacular INVINCIBLE show starting at 8:00 pm.

Best of all fans should be prepared to enjoy a day of never seen before items, dances and routines that Jackson worked out with his choreographer, Lavelle Smith, Jr., but never brought to the national stage. Fans will need tickets for Michael Jackson Day but those who purchase VIP tickets will be given the best seats in the house, a commemorative poster, see the MJ Collection, and be privy to a meet and greet session with the MJ performers after the show, one of whom recently appeared on the Ellen DeGeneres Show.

Via showcasing some segments of MJ’s Invincible CD, the Invincible show will bring the power of Michael’s music to the NJPAC stage with the impact of 2000 Watts. Darrin Ross plans to introduce a never seen before show that will leave the audience Speechless via an Unbreakable chain of dance numbers and Invincible tunes that will return the ghost of Michael to the concert stage. A guaranteed heart breaker that is so creatively ingenious, INVINCIBLE will be nothing short of Invincible. Of course there cannot be a Michael Jackson concert without the songs he made famous…songs like Billy Jean, Thriller, Beat It, Smooth Criminal and more. So prepare to see the new blended in with the old.

Ross invites MJ aficionados to come out and Celebrate Michael for One Night Only at NJPAC in Newark, NJ, where NJPAC and Invincible will be honoring the life and legacy of the King of Pop himself. Join the party…throw on your best Michael Jackson regalia and enjoy Michael Jackson Day!

For Group Sales visit www.njpac.org/buytickets/groupsales or contact Ticketmaster at 800-745-3000, and/or visit www.ticketmaster.com. Call the NJPAC box office at 888-466-5722 or see www.njpac.org

Subscribe to our free newsletter to be eligible to win 2 VIP tickets to NJPAC’s Michael Jackson Day Celebration!

The contest is over – thank you for your interest!

Deardra Schuler 5 years ago
Do NOT follow this link or you will be banned from the site!