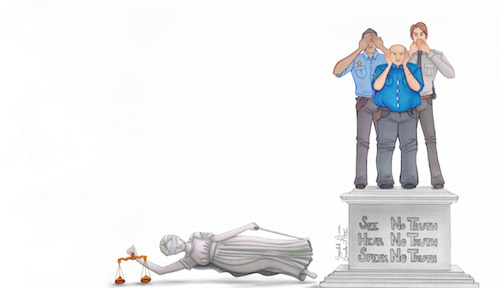 Chicago’s Homan Square loses men, mostly the dark ones. At night and during the day, they are pulled from the streets, then heard from no more, lost in the halls of a warehouse, full of heavy, sound-killing doors. Chicago is not the only city that misplaces and loses dark folk. It’s status quo all across America, north, south, east, west, and mid-west. Each city has its version of the deliberate vanishing game. City after city, the numbers mount. At least a million plus gone (so says a conservative blog, Newsmachete), and who is to blame for all this?—those bad parents who keep making monsters that have to be lopped off, like weeds. Because of all those irresponsible mothers and fathers, schools are neglected, prisons built, guns sold, bullets made, and drugs available all over.

They just push out babies like roaches, so there have to be roach motels to take them in and not let them back out. Those hardy little roach children just become adults much too fast; then they keep getting in trouble; they don’t know how to stay out of harm’s way. They go right to danger like moths to flame. They court harm at traffic stops; they flaunt toy weapons in public parks; they swagger down public streets, annoying the forces of the law who only ask that they obey immediately and when immediately doesn’t come fast enough, the trigger gets pressed over and over (16 overs in one such Chicago incident in the news recently for which legal representation is saying the video outrageously falsified the real).

Why are these off-white folks, male, female, elderly, young, crippled, mentally disabled so recalcitrant that they insist on having entitlements? This is a nation of upstanding people, who have earned their rights and know how to keep their records spotlessly clean and sweet-smelling. All they need is some peace and a bit of levity and song and sass every now and then from the dark, disorderly ones who keep mucking it up for their responsible, law-abiding keepers.

Haven’t they learned yet, after scores and scores of the same? Their bodies are best kept leashed out of sight, in the corner. And if they keep going where no one wants them, all they can expect is the treatment the Republican Party Presidential Candidate Donald Trump says “their kind deserves:” being silenced and ejected from the halls of inclusion. Like bobbing apples, they keep showing up. And their trifling selves manage to get lost in out-of-the-way warehouses in the cities, where counting things is basic practice. And it’s just so uncanny how they ramp up their hide-and-seek scenario every time an important and pivotal election looms.

August Wilson, the Pittsburgh poet and playwright, who refused to believe the teachers telling him he would never amount to anything, put the naysayers on a back seat to the men and women of knowledge in his community living the actuality of the everyday. So he cocked his ears to the “warriors,” who were sent over and over to the work farms that make the system purr and whirr and hum, and came home sharing the real deal of how the now-you-see-me, now-you-don’t game of urban America is played. Chicago was one of Wilson’s cities, and the old timers told him Chicago was no joke. It was real easy getting stuck in an off-the-beaten-track jail and never again seeing the light of day. Wilson kept studying the long record, from the 17th into the 21st centuries, and thus peeped the reiterating patterns of the revolving racial door.

And now, heading toward 2020, the folks who choose to shoot and ticket and eliminate a dark menace, for the most part, nostalgically believe they fared so much better before the Civil War up through the first half of the 20th century, when those bad-parent hordes kept their place without speaking up against the bugaboo of injustice they keep manufacturing when everyone knows the record of any wrongdoing done by the uniformed is just plain falsified.

As Trump proclaims his political perch: “those kind just don’t belong here.” And now the Trump clocks are getting set to Norman Rockwell days, when every next door kid was freckled-face and fair. With all those unmanageable dark others out on the streets, the men in blue have to keep the trigger finger ready.

And the chorus stands primed. “It is not our fault, goes the refrain. We have to save ourselves. You are to blame. Our families matter. We are the good guys in bright buttons, behind upright doors, driving our new cars, bought with good pay and secure pensions. And so we kick back, watching the death and disappearance show go. It’s our entertainment and safety, how we keep our streets and world the way we like it, without a spoiled and darkened view. And so, the future stays where we want it, in the palm of our hands and within easy reach of our steely strong and long fingers, itching and alive with sleight of hand.”

Killing her was not wrong. “It was justified”, according to the law. Natasha McKenna was her name, and she lived only a few weeks into 2015. February, Black History Month, was just around the corner when she died in police custody in Virginia. Her fortieth birthday was three years away, but she never got to celebrate it.

Looking at her image and its bright, brilliant smile, you would think that she could charm anyone at all. But the police who pinned her down, surrounding her on the gurney, hobbling her hands and feet, shocking her repeatedly and sending her body into dangerous spasms, were not at all charmed. “She was a threat,” they said, even though she was stripped of every stitch of clothing and was so thin that all restraints had to be tightened beyond their limits as they told her over and over not to resist, just to give in to them and do what they wanted, which was to have her undivided, acquiescent surrender.

But Natasha McKenna wanted some dignity, which she never got. In death, she remains silenced and unrequited: a woman, small and dark, whose violent extinction raises no official outrage. In that, she is far from alone.

July 2015 was a month of casualties for women resembling McKenna, her sisters in pain and erasure, and they range in age, from just starting their lives to standing on the far side of youth. Some were career women, some were mothers, and one left eight children behind. Kindra Chapman, the youngest, a teenager, died in an Alabama jail cell. She hung herself with a bed sheet, an hour after arrival, officials said.

Sandra Bland, in her twenties, died the day before Chapman. In Texas for a job interview, and hoping to turn her life in a positive direction, she got stopped while driving and arrested for a list of wrongs, including not signaling that she was going to change lanes. A spirited, educated young woman out of Chicago, an activist, she may have spoken up, believing she was being targeted unfairly. She had no recourse. Off she went to jail, and only came out again as a corpse.

Joyce Curnell, fifty, met her unexpected end on July 22 in a prison facility near Charleston in a state often in the news in the summer of 2015. In June, a man named Roof, who was enamored with klan literature, picked out a historic black church as the best place to let loose with a mass killing of dark folks under the sign of the Confederate flag, which Carolinians fought hard to keep flying high at the Capitol building. Among the dead were women who shared a similar profile as McKenna, Chapman, Bland, and Curnell, all casualties of hatred.

After a heated encounter with her ex-husband, who did not press charges, Ralkina Jones, ended up dead in a Cleveland jail in July 2015. Like Natasha McKenna, she was in her thirties.

The same week that Jones died, another mother, Raynetta Turner, was accused of shoplifting and thrown in a Mount Vernon jail. A few days later, without the medicine she needed, she died, leaving a husband and eight children to mourn her loss and wonder what happened to the woman who was the center of their lives while she was being held by the justified hands of officials absolved of all responsibility. 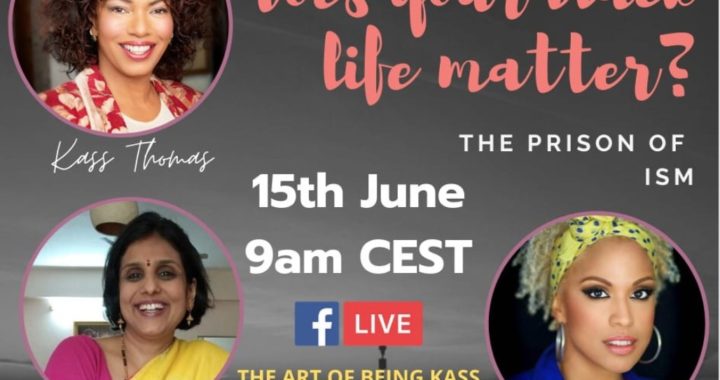 Extraordinary Encounters. “Does your black life matter”- The prison of ism. 1 min read 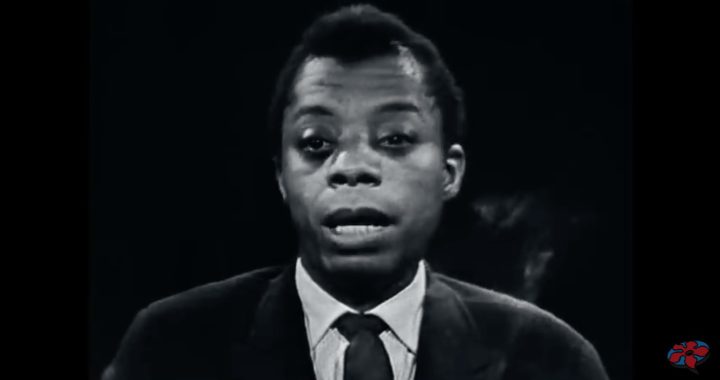 Barbara B. Lewis 5 years ago
Do NOT follow this link or you will be banned from the site!