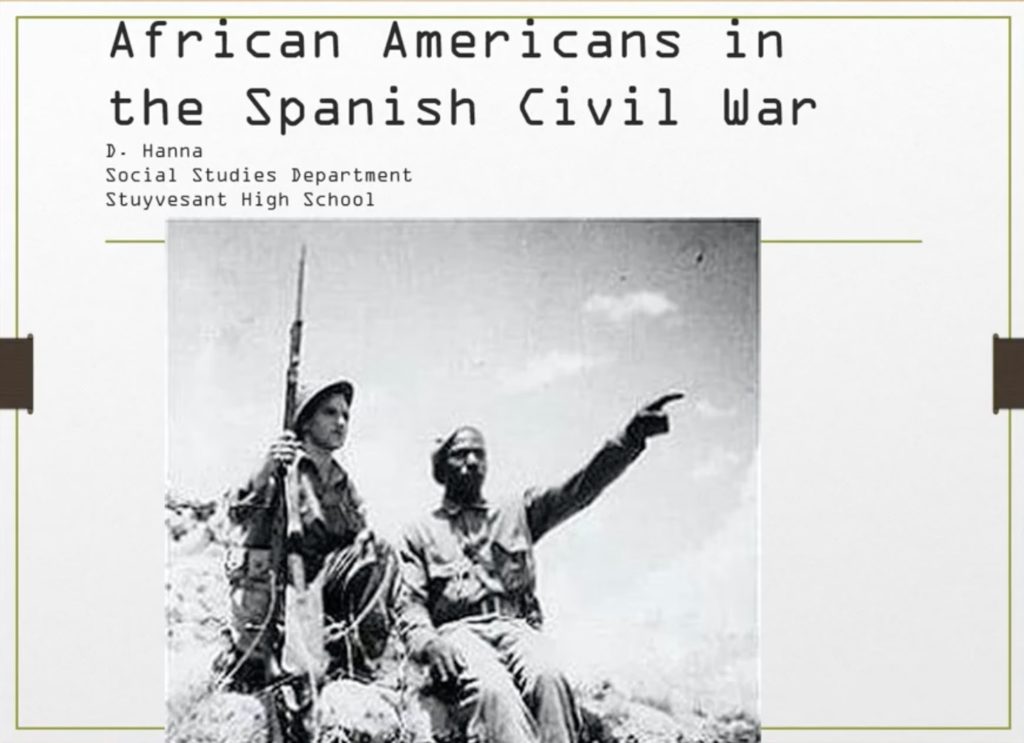 David Hanna discusses African Americans who in 1936 joined the International Brigades in support of the Spanish Republic. Hanna teaches about the Spanish Civil War in both his AP European History class and his AP US History class.

This topic was covered, too, at Schomburg Center February 4, 2015.

Invisible Heroes: African Americans in the Spanish Civil War, directed by Alfonso Domingo & Jordi Torrent, tells the story of the 85 African Americans who in 1936 joined the International Brigades in support of the Spanish Republic. This is their story, an untold chapter in the history of both the United States and Spain. The adventures of unsung heroes who answered the call of a distant war to fight for their own freedom. A talk-back will following the screening with Dr. David Levering Lewis, Mireia Sentis, and co-director, Jordi Torrent.

FIRST COME, FIRST SEATED For all free events, seats are generally overbook to ensure a full house. All registered seats are released 15 to 30 minutes before start time, so we recommend that you arrive early.