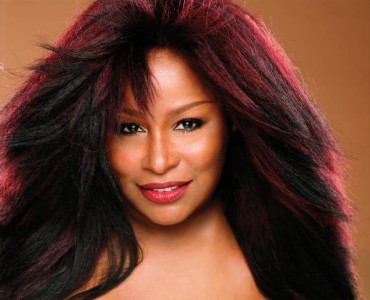 The legendary Chaka Khan will open the 37th annual Celebrate Brooklyn! Performing Arts Festival, with a free concert June 3 at the Prospect Park Bandshell. Dubbed the “Queen of Funk,” Chaka has stunned artists, audiences and critics alike over her 40-year career. She brings her unbridled talent to the Bandshell.

Chaka Khan is a true Renaissance Woman. A singer, songwriter, producer, visual artist, author, actor, philanthropist, entrepreneur, activist and mother, Chaka is an international music icon who has influenced multiple generations of artists and continues to do so. From the moment she arrived on the music scene in the 1970s as the 18-year-old lead singer of the multiracial band Rufus, her powerful voice and show-stopping stage presence set her apart from any other singer, and during her 40-year career, she has developed a vast international fan base and performed on six continents. Chaka is a ten-time GRAMMY® Award winner (with 22 GRAMMY® nominations) who has the rare ability to sing in eight music genres, including R&B, jazz, pop, rock, gospel, country, classical and dance music. She has released 22 albums and racked up ten #1 Billboard magazine charted songs, eight RIAA certified gold singles and eleven RIAA certified gold and platinum albums. She’s been awarded the BET Lifetime Achievement Award, the Soul Train Legend Award, and the World Music Lifetime Achievement Award; inducted into the Apollo Legends Hall of Fame and the Hollywood Bowl Hall of Fame; and received a star on the Hollywood Walk of Fame. Her influence continues to this day—her hometown of Chicago honored her with a street naming, called “Chaka Khan Way,” and designated July 28, 2013 “Chaka Khan Day.”