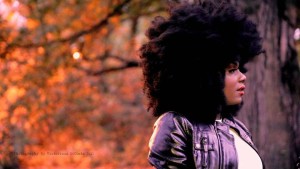 Powerhouse vocalist, songwriter, producer and recording artist Raye 6 has been calling Brooklyn home since 2005. Currently based between Brooklyn and Miami, she has evolved into a stellar talent who has been able to travel the world sharing her musical gifts. She’s collaborated with a wide array of artists such as but not limited to: M1 of Dead Prez, Joe Buddens, Ghostface Killah and Chris Sholar (Beyonce/Kanye West) to name a few. Her “Grace Jones-esque” audaciousness enabled her to crash the MTV Movie Awards Red Carpet in 2010 upon which, images of her went viral alongside Christina Aguilera & Katy Perry. She headlined the OUT Music Awards in Las Vegas at Planet Hollywood in 2012, toured Japan & London and has performed at major music festivals including SXSW, WMC, Art Basel Miami, CMJ and more.

B-Side, BRIC TV’s live in-studio music series, features performances from emerging and established musicians on Thursday evenings. These performances are open to the public,however our studio space is limited.

Doors open at 7:30PM. Guests who would like to be part of this intimate, in-studio experience are encouraged to arrive early. Show starts around 7:50PM and it’s first come, first served.