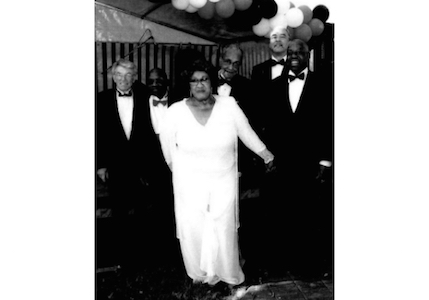 August 9, 2015, 2:00pm to 4:00pm
Harlem BluesJazz Band Charles A. Dana Discovery Center
inside the Park at 110th Street between and Fifth Avenues
Manhattan

The members of the Harlem Blues and Jazz Band include some of the originators of jump blues. They’ve played with America’s greatest jazz innovators including Louis Armstrong, Ferdinand ‘Jelly Roll’ Morton, Duke Ellington, Count Basie, Cab Calloway, and more. The Band has performed at Lincoln Center, countless jazz festivals worldwide, as well as main venues in Europe, Asia, Scandinavia and Moscow; the latter including the American Embassy and Tchaikovsky Hall.