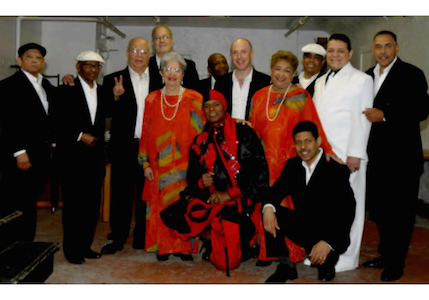 July 5, 2015, 2pm to 4pm
Charles A. Dana Discovery Center
inside the Park at 110th Street between Lenox and Fifth Avenues
Manhattan

Los Soneros de Oriente is a New York city-based group specializing in the Cuban Son – a folk style that forms much of the basis for modern salsa – for more than 30 years. The music, rooted in African-based rhythms and tunes performed on Cuban folk instruments, began in the 1880’s, in the Oriente Province. When workers migrated to the cities, they incorporated Spanish influences to create a unique Cuban music using harmony vocals, percussion, trumpets, piano, bass, and guitars, that soon became the most popular music of not only the working classes, but of Cubans on all levels of society. Los Soneros de Oriente brings with delight traditional Cuban music, a treasure that remains pulsing through you long after the show.