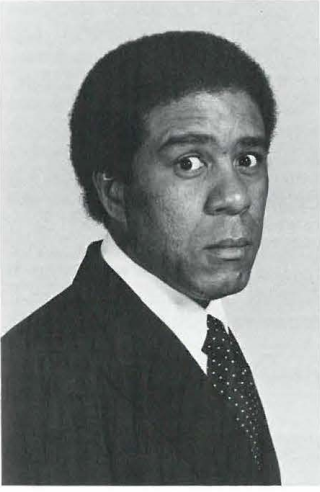 Focus Your Attention – Richard Pryor’s first show of the new season should have begun with Pryor insouciantly standing nude from the waist up saying, “I have given up nothing.” You then would have been treated to a long shot of a naked host whose flesh colored loincloth might have left one with the impression that he has in fact given up everything or at least something was missing.

Pryor’s entire video illusion, of course, was emasculated. Instead, a friendly voice intoned over a blank screen , “The first minute of the new Richard Pryor Show will never, ever, be seen!”

The day before, at a well timed press conference, an angry Pryor lambasted NBC for the omission as well as the network’s unbelievable faux pas of counter-programming his show in the extremely sensitive family hour against numero uno, Happy Days. “This show could be run at 10 o’clock or even 9 o’clock, but it is set for 8 o’clock because of financial reasons,” Pryor said.

Reportedly considering dropping the show, Pryor felt NBC’s control over his show was detrimental to the show’s well advertised bold image. “They do [have control] and that’s why they’re No. 3.” When the national Nielsen ratings proved Pryor to be right, his show finished third behind Happy Days and a local baseball game. The talk of splitting became more obvious with NBC leaking to the press “Pryor was failing to deliver.”

It was outrageous! A performer was threatening cancellation of a network. Was the nigger crazy after all? His album title not withstanding, Pryor was far from insane. An Emmy award winning writer, a Grammy winner for his stand up comedy routine, a concert performer who sells out at the mere mention of his name and the hottest actor to hit Hollywood since DeNiro, his media omnipresence has him tottering on the brink of cosmic stardom.

Pryor has parlayed his first starring role as Wendell Scott, the only Black stock car racer, in Greased Lightning into a four picture deal with Warner Brothers that gives the Peoria, Illinois born ex-hustler the artistic and financial clout of an independent producer. His acting ability has been met with a crescendo of critical acclaim. Pryor is that rare actor whose appeal to an audience is instantly sympathetic, whether he’s good or bad. Many critics even went so far as to advise those who would see Silver Streak to miss the first two-thirds of the film and wait for Pryor’s entrance in the final third.

Greased Lightning and Silver Streak’s bullish success at the box office coupled with his past money-making record with Wattstax, Lady Sings the Blues, Bingo Long and the Allstars and innumerable black exploitation films have made Richard Pryor a valuable asset to the cost conscious, bottom line thinking communication conglomerate executives who now run Hollywood.

If any one of his next releases during this year hit it big, and both (Which Way is UP? due in November and Blue Collar, due in January) smell like money, he’ll have to be considered one of the screen’s blue chip commodities along with Woody Allen, Mel Brooks and Gene Wilder.

As Daddy Rich would say, ” Money walks and bullish it talks!” Pryor has known many like the evangelistic con man he played in Car Wash, and with television the only sector of the media restricting his repertoire of characters and language, one can understand his willingness to “walk.”

Watching a sanitized Pryor on television can be frustrating. It’s funny, but somehow you know it could’ve been funnier. Pryor has transcended simple comedy. He is an artist who uses words like a painter does oils, to create abstract and visual images of what he perceives around him. (Pryor without his vocabulary of street language is the same as telling an artist he can’t use red.) After three decades of violence on television, Mr. Pryor’s use of common four letter words (although his expletives tend to be of the twelve letter variety) or even implied nudity cannot be considered profane. Once again a highly organized and verbal few, who believe in the puritanical philosophy of hiding one’s head in the sand against the reality of the sophisticated and unrestricted sense of moral values that now exist, continue to set viewing standards for us all. After all, if he can say, “Nigger,” he can say anything.

Perhaps Pryor’s battle against NBC will shed some light on other Black programs and the recurring battles the stars are having, trying to maintain some dignity in an industry that the Office of Economic Opportunity considers a perpetuator of racial stereotypes. John Amos and Redd Foxx screamed racial prejudice where Pryor condemns censorship. Perhaps it boils down to the networks being incapable of understanding and presenting Black lifestyles, language and culture without resorting to the homogenized pap that now is being presented as being representative of the Black experience.

If Pryor can win his fight without having to pander to the Amos ‘n Andy mentality of other shows, then the door might be opened to other serious Black artists who wish to perform their vision of comedy, drama and variety.

And it looks as if he might just have his foot in the door. One of the skits that was shown was an hilarious mis-en-scene that took place in the Star Wars Bar. Pryor as his ghetto everyman Mudbone, is seriously put upon by an octopus creature. When the tentacled aggressor is removed to “de back room,” by a bouncer, Pryor smiles into the camera and says, “. .. and while you’re back there, why don’t you get yourself a little Octopussy?” The man is still on the case.