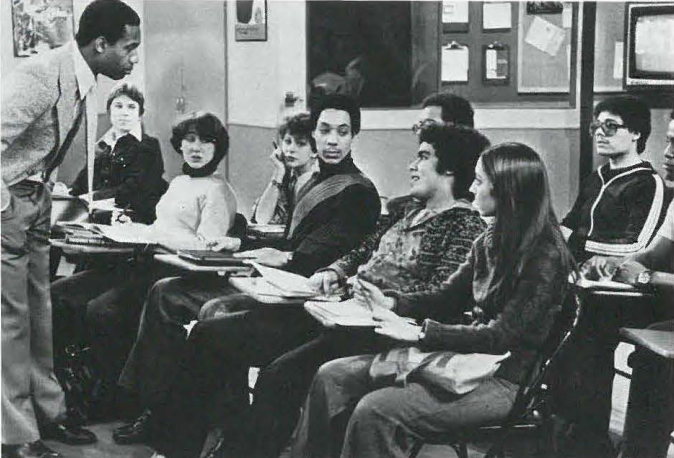 Recognizing the need to broadcast programs that reflect the Black experience without pandering to stereotypical punch lines has led to the development of Watch Your Mouth by Ellis B. Hazlip.

The series will focus on an imaginary all-racial, urban classroom of ten students and a teacher with cameo guest spots each week. The program will promote a deeper understanding of language by exploring ideal oral and written expressions through the incorporation of a number of teaching and learning goals in each story line. Funded by the Emergency School Aid Act administered through the Department of Health, Education and Welfare, the project is the result of extensive research in education, linguistics and television production with the aim of developing concrete communication skills.

“We hope to entertain our audience, capture them and at the same time pass on some language skills, therefore assisting them in their growth,” stated Mr. Hazlip in describing his lofty, admirable goals. And with such writers as Phil Fenty, Superfly and Bill Gunn, Black Picture Show, Angel Levine and Landlord doing several of the scripts, those goals might be attainable. The pilot was directed by Stan Lathan, Barney Miller, Sanford and Son and Sesame Street, “while the first three programs will be directed by Ivan Curry, Violence in America. Set for airing later this season by PBS, the twenty-six segments will be entertainment of high caliber, and although geared to 14 to 17 year old students, it should prove to be informative for the entire family.