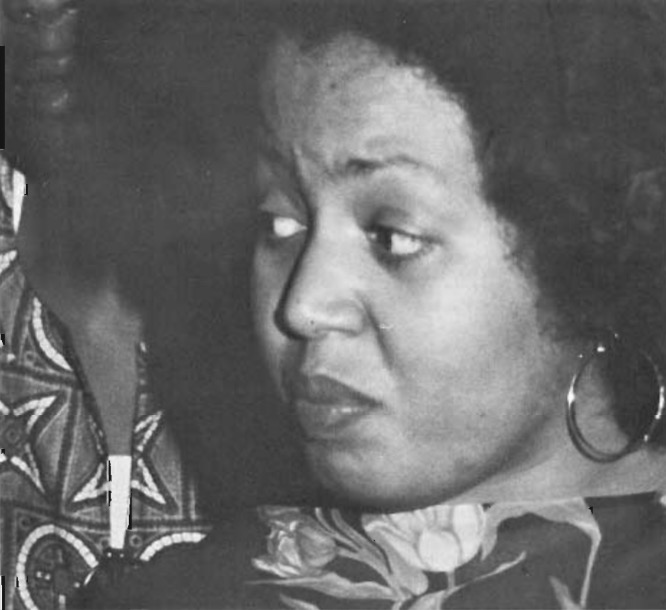 Black theater, one of the oldest and most constructive forms of Black entertainment, is presently in a financial crunch. Depending upon which way the balance scales tip it can either thrive or die. Unfortunately, the outlook at this point is bleak.

Following the revolutionary sixties, opportunities for Blacks in the entertainment field increased tenfold. The financial success of 1971’s Shaft (the pioneer Black superhero film) made Blacks a profitable and exploitable market for the sagging movie industry. Black America was hungry for its own heroes and, consequently, was ready to devour anything.

The huge box office successes of  Superfly and The Mack paved the way for a slew of movies that glorified pimps, prostitutes and junkies as though they were the pride of the Black community.

Television quickly jumped on the bandwagon and took things a step further: Amos & Andy returned in the role of J.J. Evans on the tumultuous Good Times. The fat, matriarchal “mammy” role (personified by cinema star Hattie McDaniel in the 1930s) was recreated in shows like That’s My Mama and What’s Happening? We’ve even seen the return of the shiftless and/or absent father figures in Good Times and What’s Happening?

Throughout this reverse trend black theater has held its own. Black plays such as Your Arms Too Short To Box With God, Bubbling Brown Sugar, The Wiz, and others are offering solid, well-produced entertainment for Blacks and whites while maintaining a positive Black image. Even Off-Broadway productions such as Survival (Astor Place Theater: 434 Lafayette Street, NY, NY) and Young, Gifted and Broke (Billie Holliday Theater, 1368 Fulton Street, Brooklyn, NY) strive toward positiveness.

Young, Gifted and Broke, for example, is the story of Flip (Ron McIntyre), an ambitious young promoter, and Clyde (Avan Littles), his shady partner. They plan to put together a talent showcase review worthy of Broadway. A series of underhanded maneuvers by Clyde thwarts Flip’s efforts but, in the end, all those involved decide to stick together and overcome all obstacles.

Why is it that Black theater can survive perpetuating this positive image while television and cinema, for the most part, choose to accentuate and grossly exaggerate the negativism of the Black community?

Marjorie Moon, Executive Director of Young, Gifted and Broke feels that television and film differ from plays because “the TV producers and cinema producers have to deal with money. They have to be able to sell that time and sell that product to the people who are the highest bidders. And, unfortunately, those people want to see certain stereotypes.”

Ms. Moon has been involved with black theater all her life and is virtually an expert in the field. (She’s an alumni of Cleveland’s famous Camel House which has spawned the careers of Langston Hughes, Ruby Dee, Ossie Davis, Greg Morris, Ron O’Neal, Moses Gunn and many others.) When asked about the chances for survival of Black theater when constantly being pitted against the big, alluring bucks of the other industries, Ms. Moon readily admitted that the future is cloudy.

“I don’t know of any Black theater that’s not subsidized through public foundations . . . you know, some state council or city agency. But these monies are really drying up very fast and it’s primarily the big, established institutions that are getting the big chunks of what is left. And it’s even dwindling for them.

“The only way for Black theater to survive is for Blacks in the community to support it. Without community support it’s very likely that most of the cultural arts centers will be forced to close. The Afro-American Studio for Theater recently had to shut its doors after eleven years of productive service.”

Ms. Moon further elaborated on this topic: “We [Black theater] are supposed to be there for the people and we really need to be people supported in a very meaningful and substantial way or we will die.

“We’re not gonna be having these public fundings too long. The Negro Ensemble Company, for example, is such a fine company and this year they’ve been hurt by funds. How can we let a fine institution like that die? I don’t mean to say that it’s dead yet but it’s dwindling and if the people don’t begin to really rally bhind their community cultural arts centers . . . there just won’t be any.”

Isn’t it ironic that the one medium which consistently portrays Black lifestyles openly and honestly is the one least likely to survive? Hopefully, the Black community will begin to take interest in Black theater and keep it alive. After all, if it dies — in many respects — we’ve only ourselves to blame.