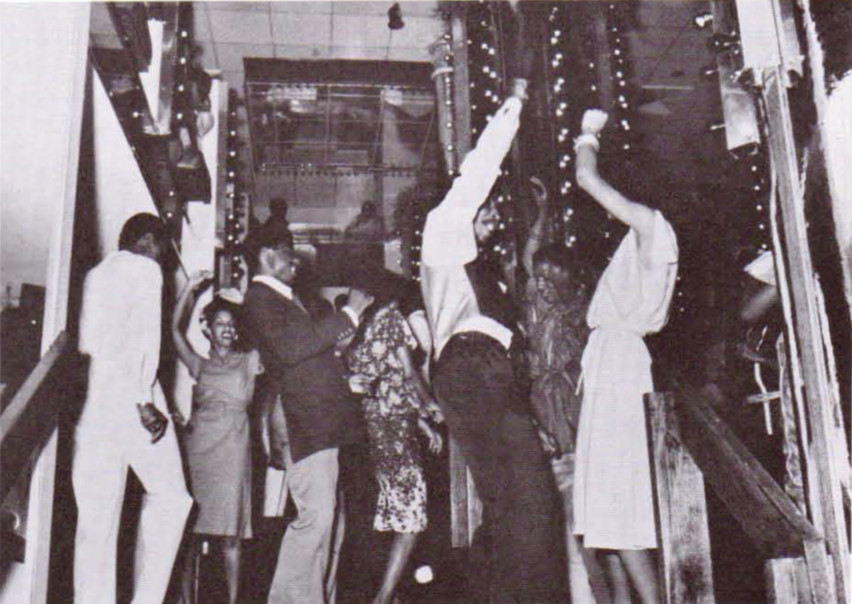 It’s Thursday evening — the music is pulsating hard, the atmosphere is elegant and the decor is plush. At Tribeca, amidst blinking lights, a smokin’ sound system and a DJ with an obvious doctorate in discology, the order of the night is boogying. There is no question that dancers Freak ’til their heart’s content. Shaped like an arena, tri-leveled Tribeca is an after work and late night disco. There are booths on each level. Some booths are positioned for relaxing and observing, while others are recessed in little nooks for private retreats.

When it’s time for a breather, there’s plenty 10 keep you busy. Near the front bar there’s a continuous slide show of past disco events and t0 the surprise of many regulars they may see their images flash across the screen they’ve been caught by the roving cameraman. On the lower level there is a smaller room with pin ball machines, love seats and a small bar. And for the intellectually inspired, backgammon and chess sets are available. 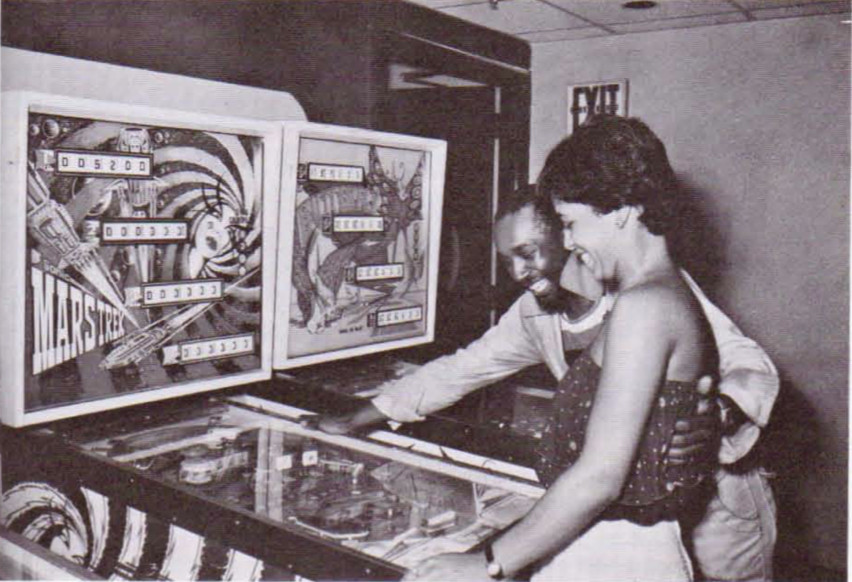 The men behind the scenes, Nat Robinson and Ray Gittens, have mastered Thursday evenings with one of the honest spots in the Big Apple. Promoters since 1972, they have located lucrative disco markets consistently, “Sought out to conquer the world,” says Ray.

Their string of successes began with weekly discos at Nell Gwyns and Headrest. In 1973, there was Charlie B’s, followed by a series of one nighters at La Martinique, Cork & Bottle and The Joint. In 1974, they discovered a “Gold mine called Wall Street,” says Nat and gained prominence from a club called 45 Below. On Thanksgiving Day, this same year, Ray and Nat hosted a crowd of 3,000 simultaneously at La Martinique, the Coachman and 45 Below — one of their most “memorable” endeavors.

“We love t0 promote anything!” boasts Ray. In November, during the Thanksgiving holiday, they’re planning a children’s disco at Tribeca. In 1974 and 1975, the Academy of Disco Promoters presented them with an award in recognition of their contribution to innovative disco promotion. The key to success says Nat, “Is to persuade owners to let you use their downtime to make money, the rest becomes history.”

Tribeca, located at 64 North Moore St. in downtown Manhattan is one of baddest discos I’ve seen. Go — you’ll enjoy yourself.