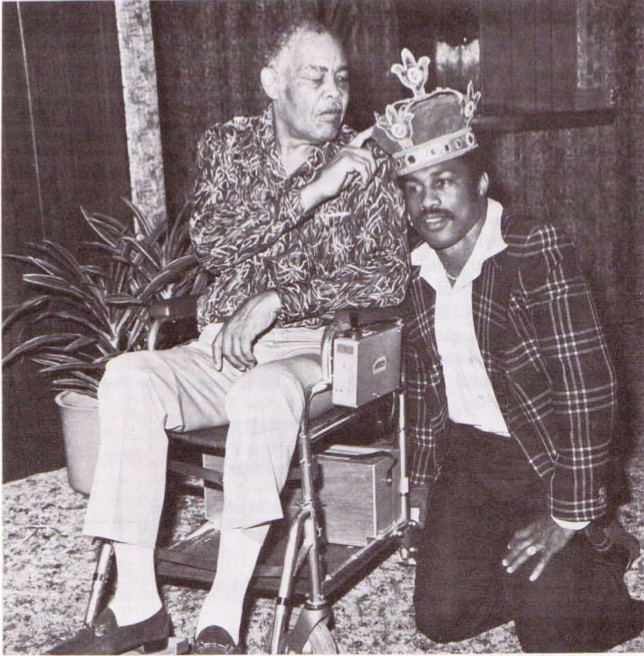 In the past few years, boxing has taken an alarming direction toward the world of entertainment.

True, pugilism has never been more popular, but an inflated emphasis on glamour and big money has had the effect of making it less of a sport and more of a show business attraction.

It all started as a simple, if barbaric game of survival — men resorting to fisticuffs as a means of settling disputes. Physical strength and the willingness to test it against an opponent was a measure of man’s courage and authority long before anyone thought of organizing fights for profit; as a sport, boxing goes back almost three thousand years, to the early Olympic Games, but it wasn’t until 1865 — with the introduction of the Marquess of Queensberry’s rules — that a serious attempt was made to regulate it.

Those rules became standard in 1889, and, with certain modifications, continue to govern the way bouts are fought today, but not in his wildest dreams could the Scottish nobleman — who died in 1900 — have envisioned the extent to which boxing would grow; the vast sums of money it would generate; or the fact that it would — at its highest level — become dominated by Blacks. He did, however, live to see a significant transition September 7, 1892, when John L. Sullivan — the last bare knuckle heavyweight champion of the world — lost to the first gloved champion, James J. Corbett, after 21 rounds. Sullivan’s previous championship fight — the last to be fought without gloves — took place in 1889, and lasted an incredible 75 rounds.

With today’s stricter rules, it is rare to hear of a boxer dying as a result of a bout in the ring, but serious, sometimes permanent injuries still occur. Given the nature of the sport, such injuries will continue to be an unavoidable risk, but there are other unfortunate aspects of boxing that could be remedied, and nowhere is the need for improvement stronger than in the area of organization. It is lack of organization that has created the ludicrous fact that we today have two recognized heavyweight champions of the world, Larry Holmes and Leon Spinks; both are professionals with good fight records, but common sense tells us that only one or the other can truly be the world champion. If there were one international governing body for boxing — as there, of course, should be — the situation would never have arisen, but there are two: the World Boxing Association (W. B. A. ), claiming the title for Spinks, and the World Boxing Council (W. B. C. ), claiming it for Holmes.

A bit of history: Two organizations were set up in this country in 1920: The National Boxing Association and the New York State Athletic Commission. Competing with each other, these two organizations soon began to recognize different champions in the same weight category. Europe, on the other hand, was recognizing the decision of only one ruling body,  the International Boxing Union [later renamed the European Boxing Union], but the world was rife with local boxing organizations, and differences over voting power always seemed to thwart attempts at setting up one international ruling body.

ROUTES asked various boxing experts to explain it all, and it seems that one of the W.B.C.’s rules requires the winner of the W. B. A.  championship to…but, on the other hand, the W. B. A.  has a rule that…then Leon Spinks reneged on a verbal agreement, and…We tried to figure it out, asked more questions, got more confusing answers, and were asked not to quote anybody. Why didn’t anybody want to be quoted? Well, they’re probably as confused as we are.

Let’s hope it all gets straightened out before long. In the meantime, here’s a score card complete with dual champions — you’re on your own.