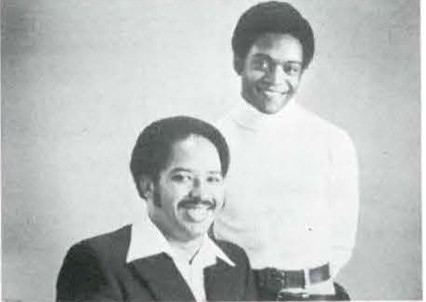 Literature, at its best, is the compressed consciousness of a society. Black literature, for too long, has been looking at itself from the exterior in which a dominant culture has to be dealt with, coped with or lived with. The different components of a prejudicial society have forced many Black writers to look at their society with the critical eye of a stranger.

What DeJongh and Cleveland offer us in their first book City Cool: A Ritual of Belonging, is an interior look at a part of Black society. The story of a teenager trying to find himself and his manhood within the cadre of a Harlem youth gang is written in retrospect and in the first-person singular. The form allows the authors to advantageously limit themselves from personal sweeping condemnations or indictments of society.

Neither the genre nor the form is new, what is new and promising is the cadence of the book. The narration is raw, powerful and violent and flows like a jazz album rich in rhythmic sound combinations. DeJongh and Cleveland knowledge for when the language should be ghetto filth, black idiomatic talk or ghetto teenagers’ closest approximation of standard English stems likely from the fact that the book is an extension of their play Hail, Hail the Gangs! They have perfect timing.

Mr. DeJongh, a teacher of Black literature at City University of New York, and Mr. Cleveland, a stage actor, look at their society from the bottom up. The story of this youth gang, in Harlem, dismantles the rhetoric or racial rapprochement: these young black men care less about the dominant culture — they are omniscient on their turf. DeJongh and Cleveland force the middle class reader, especially those who made it in the 1960s, to readjust their thinking.

The flaws of the book encompass poor plot formulation and the introspective thoughts of the storyteller, at times, are out of synch with his actual verbal ability. But these are trespasses the reader can forgive, for the bounciness and the use of language more than makes up for them.