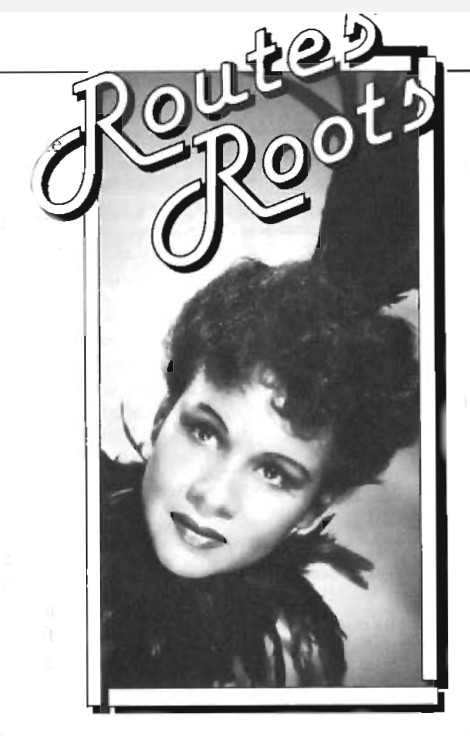 Until Katherine Dunham arrived on the scene in the 1930s, Black dance as a serious medium with a historical approach had never been convincing. Katherine Dunham and her company stunned the dance world with their unique performances, which were remarkable in their ethnic honesty. For she was concerned not only with the style and physical execution of a dance, but the cultural context as well.

Katherine Dunham’s desire to research and experience other people culturally possibly got its roots from her early childhood. Her mother died when she was three years old, and because of grave financial problems, she and her older brother Albert were shifted from one relative to another while her father worked as a traveling salesman.

To survive, Katherine learned to observe people’s habits. She talked to the planets for guidance and inner strength; and she studied dance because it was a natural release for self-expression; it moved her from the ranks of “non-person,” as she often felt as a child, to a point of self identity.

When she was eight, she made her dance debut in a church. A short time later, she was observed by a member of the Moscow Art Theatre, Ludmilla Speranzeva, who was so impressed with her talent that she provided Katherine with free dance lessons for several years.

When Katherine’s father remarried and opened a dry cleaning shop, life improved for her, but they still struggled to keep food on the table. And school experience was fraught with concern about personal appearance, which too often was composed of hand-me-down-clothes and shoes with makeshift, cardboard soles.

To pay for college tuition, she organized a dance school in an old, unheated barn in Chicago. A student of anthropology, she initiated an approach to dance that was to eventually make her the most distinguished person in dance. Katherine Dunham taught serious dance culture, the art, religion and, to some degree, the language of the people whose dances they performed; the drums, costumes, settings were faithful to the original concept.

Her students were students of culture first and dance second. But after their first performance, many parents persuaded their children to sever association with the company because they were offended by the scanty costumes. The faithful remained and continued to learn from the budding genius; they went on to perform at the Chicago Art Theatre and the Chicago Civic Opera Company.

Mrs. Alfred Rosenwald Stern, a patron of the arts, saw the show and was impressed with the skill and fidelity to origins. And she arranged an interview for Katherine with the Julius Rosenwald Foundation Scholarship Committee, which granted her a scholarship. When the committee asked what she plan to study, she replied, “The dancers of the West Indies, their primitive backgrounds, their choreographic and rhythmic patterns.”

And so, equipped like an explorer, she set off for the Caribbean, where she stayed for a year and a half. Her study was solemnly entitled by the foundation, Anthropology and the Dance. Haiti proved to be the most difficult and ultimately the best loved of the islands she visited. When Katherine arrived on the Island in 1936 she was eager to become close to the peasants. She had studied the Island’s early history of bloodshed and she realized that the unifying force was vaudun, or voodoo. She also recognized the patterns of culture and behavior that were strongly influenced by the African slaves.

In her book, Island Possessed, she relates the awesome details of her participation in lave’-tete, or the first class of vaudun. The ceremonies, using snakes, blood, fire and drums, certainly would have caused the average person to think twice about the initiation. But nothing discouraged her, for her need to understand ritual and explore unconventional mysteries was great. After she returned to Chicago University and received an M.A. in Anthropology, she began her career as choreographer and promoter in earnest and left for New York , where she founded the Katherine Dunham School of Cultural Arts.

She and her troupe performed in such Hollywood films as Cabin in the Sky and Stormy Weather. And they traveled around the world demonstrating the beauty and depth of dances of African origin.

After living for many years in Dakar, Senegal, she presently is Research Professor at the East St. Louis campus of Southern Illinois University, a short distance from Joliet, Illinois, where she was born in 1912. Her roots have held fast.