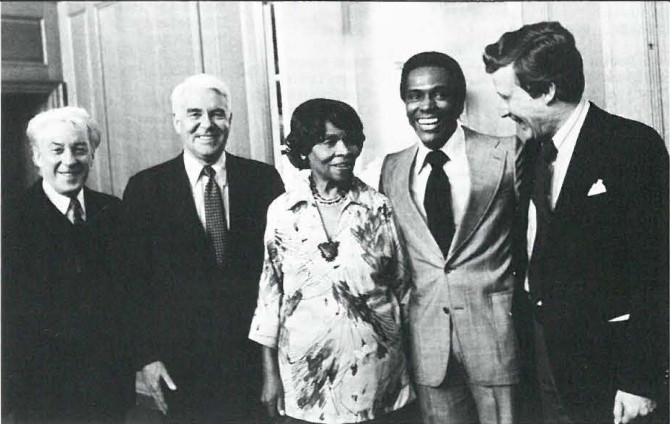 Columbia University And The Dance Theatre Of Harlem announce a collaboration in a broad range of performances, workshops and instruction.

The collaboration produced an Easter program, which featured Marian Anderson and will produce two more performance programs this year on the Columbia campus: an Arts Exposure series in June and the dance company’s Community Dance Series in September.

At the same time, the collaboration will help Columbia move toward introducing dance as one of the disciplines in its School of the Arts, which they do not presently offer. In addition, the Dance Theatre’s technical department will be moved into a Columbia building on the West Side, near campus. There, Columbia theatre students will be exposed to stage carpentry, lighting, design and other technical aspects of dance production.

New Apollo: Plans to reopen the Apollo Theater have been announced by a group of Harlem businessmen under the leadership of Guy Morris. Renovations have begun and the theatre is expected to open this spring.

Anchor Person: Carol Jenkins will join Jack Cafferty as co-anchor person on NewsCenter 4 on Thursday and Friday and will anchor the newscast on Saturday