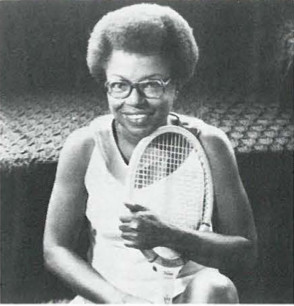 The first Decade National Amateur Team Tennis Championship, the only major team tournament for amateurs in the United States, will get under way on June 30 at 33 sites throughout the country. The finals of the event will be held in conjunction with the US Open at the new Flushing Meadow tennis complex in New York on September 10.

Each team in the competition will include three men and three women, and is open to players 21 years of age and over. Two players must be 35 or older. A match will consist of one set each of men’s doubles, women’s doubles and mixed doubles played under an eight game pro set format. U. S. T. A. rules will be in effect throughout the tournament.

Entry forms are available through national advertisements, tennis clubs, public courts, and product displays in supermarkets and other locations. Entries will close on June 17.