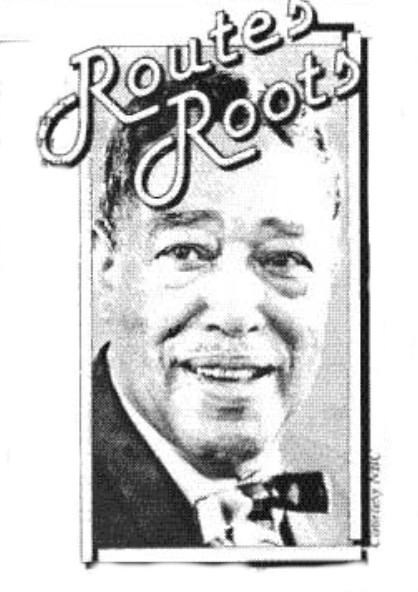 Edward Kennedy Ellington was born in Washington DC, on April 29, 1899. His father, James Edward was a blueprint maker for the United States Navy and provided a comfortable life for young Edward, his sister Ruth and their mother Daisey.

Both parents played the piano, and by age 14, Edward was interested in piano and music.

He began to spend a great deal of time at the movies, listening to the piano symphonies that accompanied many westerns. The poolrooms then were social clubs and provided a piano for local patrons to sharpen their skills and challenged newcomers. Hustlers and musicians frequented the poolroom along with young Edward. In this setting, Edward Kennedy Ellington developed his keyboard technique. And local house parties became his practice field.

When a school friend nicknamed him “Duke,” to make him sound more impressive, he soon had girls leaning over the piano as he played. He kept the nickname and maintained the same affect on pretty girls for years to come. When he was 16, Duke wrote his first piece of music — Soda Fountain Rag.

Duke and several friends ventured to New York and found work. In 1928, the Club Baron on 134th Street and Seventh Avenue hired the “Washingtonians”. From the Baron, Duke and his group moved to the Kentucky Club (Hollywood) on 4th and Broadway. They were engaged there for four years.

Duke and his band traveled to Europe, Asia, India, Africa and South American countries at a whirlwind pace, adding new material as they went along. The United States government sponsored many of Duke’s trips, for the band represented a true original American art form — Jazz

While Duke could have made more money as an independent superstar, he chose to keep a fifteen-piece band together for almost fifty years.

His musicians gave to him as well as he gave to them. Jazz to Duke meant, “Freedom of expression.” So together he and his band created some of most outstanding compositions — Mood Indigo, Duke said, “Took 15 minutes to write, Solitude took 20, but Sophisticated Lady took 10 days.” Creole Rhapsody, It Don’t Mean A Thing If It Ain’t Got That Swing, Diminuendo and Crescendo in Blue, Don’t Get Around Much Anymore, Satin Doll, Black and Tan Fantasy; the list goes on of songs that have become American classics.

Duke was a very private person. His friendships were long and close. Among his musicians, it was Billy “Sweet Pea” Strayhorn who collaborated with Duke to create Take the A Train. Billy Strayhorn, it was felt by many, was Duke’s alter ego. Duke had implicit trust in Strayhorn and they had a rewarding, harmonious union that lasted from 1939 until Billy’s death in 1967.

Except for women, Duke spent very little time away from music. His marriage to Edna Thompson in 1918 produced one son, Mercer. The marriage did not withstand the demands of his career.

He spent the remainder of his life in the company of Beatrice Ellis, who became known as Evie Ellington. She maintained a New York apartment with Duke for 35 years.

Duke was on eccentric. He wouldn’t wear a watch. He evaded discussing age, insurance, wills or death. He loved blue but hated green He never owned a private home. He had few of the material manifestations of wealth that most celebrities acquired. The road was his home, and, as he entitled his autobiography Music Is My Mistress — it proved to be true.

In his later years, he dedicated a great deal of time and energy to the Sacred Concerts and considered these works to be his finest contributions to the music world.

On his 70th birthday, he returned to his hometown for a birthday party at the White House, The honor was befitting, considering the contributions he made to music. And he received the Medal of Freedom, the highest civilian honor the United Stares Government can bestow.

Duke Ellington died at age 75. His death ended an era. At the time of his death, he was working on Three Black Kings. Ironically, Paul Gonsalves and Tyree Glenn, members of his band had also died around the same time. All three were laid out together in an Eastside New York funeral parlor on the night of May 24, 1974.