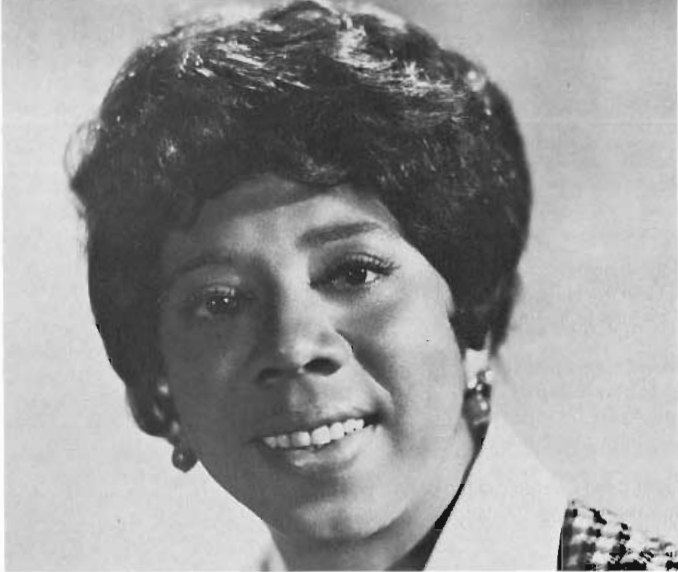 Tennis was once a kind of horseless polo-a game for people of leisure who wore traditional whites, swung traditional wooden rackets, and found traditionally discreet ways to reward the gifted amateurs who made tournaments worth watching. Now its popularity rivals bowling and golf as a participant sport. Players now don colorful clothes; attend tournaments to see unabashed professionals compete for thousands of dollars; and flock to the courts every day of the week trying to smooth out their strokes.

Liberty Racket Club and the International Highlighters Tennis Club are no different from most tennis clubs except that over the years they have trained more quality tennis players than any other clubs in the area.

Liberty Racket Club (Liberty Avenue and 104th Avenue) in Jamaica, June 29, 1978 – Florence Watson and Delores Johnson face each other across the net at game point for the winning title in the Women’s Intermediate Singles. Both obviously have had very good instructors. Their forms, approach and follow through are strong, powerful and smooth.

Delores Johnson serves an ace and wins over Florence. At court side we talked with the finalists and their coaches. “I’ve been playing tennis for two years and was taught by two of the best players I know – Ken Atwell and Bill Briggs. I don’t think I’d like to play any other game as much as tennis, I love it!” says, five time trophy winner and mother of a teenager, Florence Watson.

Delores Johnson has been playing tennis for five years. “I never took tennis lessons per se. I learned from my husband, Chris Mitchell, who’s a natural at the game. I’m very excited now. I can hardly find the words to express my happiness over winning the tournament. I love tennis and I recommend the game to everyone.

The number-one tennis player at Liberty is the Chairman, Chris Mitchell. How did he become number one? Well, Chris put it this way. “By a combination of my athletic abilities and my ability to transfer skills learned in other sports such as football, basketball, baseball and racket ball. In addition, l read a lot about the sport, watch other players, emulate what I see and keep to the basics. This is what’s helped my game over the years.

”People who play other racket sports will find it easy to play tennis.

“Bill Briggs of the club is the Director of the Juniors Program at Liberty and arranges the East Coast tournaments for juniors and adults. He teaches juniors ranging in ages 10 to 16. Bill boasts about the numerous championships won by members at Liberty. Carol Watson: P. S. A. L.  City Champion for 14 year olds and a winner of the Texas Southern University Tennis Scholarship for summer 1978; and Averil Chestnut: New York State Champion for 12 year olds. “We have the best juniors’ club around and it’s free”, says Bill. “There are just not enough junior tennis programs at the grass roots level. Our tennis programs keep youngsters off the streets and they love it. But Liberty is not only for the very young, our members range in age 4 to 60,” Briggs says. “One of our better players is 55 years old so everybody come on out and hit a ball.”

Mr. Sydney Llewellyn, a veteran instructor at the I. H. T. C.  says “don’t let my age fool you. I can take on some of the best professionals around and give them a good game for their money.” An advocate of the eastern forehand and backhand, Mr. Llewellyn has been playing and teaching since 1949, In 1950 he ranked 10 in the New York State Championships.

Mr. Llewellyn evidently makes a good impression on his students; 76 of his former students are presently tennis instructors. Three of his former students are familiar to us all: Althea Gibson, Bill Davis, President of the American Tennis Association, and Arthur Ashe. Mr. Llewellyn says ‘‘Althea had the ability to be a winner; in addition, she was antisocial and with that kind of equipment she couldn’t be sidetracked. I told her that she would be a champion of the world and look what happened. I train all of my students for competition, not to play just against those around the I. H. T. C.  We have all the facilities needed to train our students to reach the championship level and to win.” Mr. Llewellyn has designed a teaching aid for the tennis player.

“Since the body must swing in unison with the racket, this is considered a form of choreography. My drill master helps you learn the choreography of tennis without a ball and racket.You can’t swing wrong with it.’”

During the tennis season the IHTC sponsors both open and closed tennis tournaments. The
Club’s primary goal is to promote promising tennis players, regardless of age.

The American Tennis Association (A. T. A. ) was formed November 30, 1916. The first National Championship Tournament was held at Druid Hill Park in Baltimore, Maryland in August 1917. There were only three events: Tally Holmes won the Men’s Singles; Ms. Lucy Slowes won the Women’s Singles; and Tally Holmes and Sylvester Smith won the Men’s Doubles.

The opportunity to participate in tournaments recognized by the US Lawn Tennis Association (USLTA) was denied to Black Americans prior to 1940. Ten years Jater, in the 1950s, this barrier was broken when Dr. Sylvester B. Smith, then President of the A. T. A. , and two staff members, held a number of conferences with executives from the U. S. L. T. A.  The outcome was the acceptance of qualified Black players in U.S.L.T.A, tournaments.

In 1957, Ms. Gibson won the Wimbledon tournament making her the year’s greatest woman tennis player. She also emerged victorious in the U. S. L. T. A.  National Championship at Forest Hills that year.

Arthur Ashe, ten years later, once a member of the Junior Development Committee of the A. T. A. , won the Men’s Singles National Championship at Forest Hills and in 1972 won at Wimbledon.

Wilbur Davis, President of the A. T. A. , says “If it were not for the denial of equal opportunity on the courts in past years, the A. T. A.  could have been the springboard of many other world class players. Players like Jimmy McDaniels, George Stewart, Dr. Reginald Weir, Ona Washington, Flora Lomax, Bonnie Logan, to name a few. All had that potential from which champions are made.”

The A. T. A.  has no permanent place for holding its championship tournaments. They are held on various Black college campuses throughout the United States.