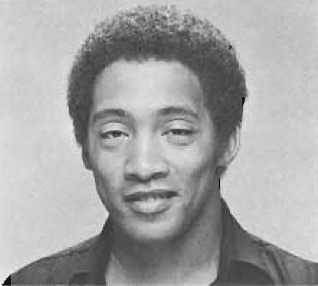 Jazz is in the air and WRVR-FM is the station for it. America’s only legitimate contribution to world culture, long admired by Europeans, Africans and Asians alike, has finally become commercially acceptable in the land that gave it birth.

Merging Fusion, the music newest label, with traditional Jazz (swing, be-bop, dixieland, blues, cool, etc.), WRVR’s jocks are playing what the people want to hear. ‘‘We get 200 calls every time our request line is open,’’ says Doug Harris, the stations’ Music Director and afternoon drive-time DJ. ‘‘And people ask for groups and albums we normally would play during the week anyway. Sure, there are the purists who want to hear Coltrane and Hawkins but usually the ones who complain about what we play when they condemn the station for being “commercial’’ don’t even have an ear for Jazz; many can’t tell the difference between Trane and the Hawk if they were played back to back!’

Why all the hoopla over commercial Jazz? One wonders where were all the traditionalists when Jazz needed them. The list of musicians who were caught up in Jazz’s No. 1 occupational hazard—drugs—all suffered from a notorious lack of income; Charlie
‘Bird’ Parker, Billie Holiday and even, at one time, ‘‘the man” himself, Miles Davis, were all caught up in the miasmatic world that was jazz.

Yes, times have indeed change. Today’s Jazz musician is young, adventurous and, more important, has his act together; Stanley Clarke, Return to Forever and Chuck Mangione, to name a few, constantly top the charts—Jazz as well as pop—with their brand of music. Established, older musicians like Yusef Lateef, Stanley Turrentine, Donald Byrd and Maynard Ferguson have joined the new movement with albums that not only bring pleasure to their fans but also sell enough to pay the mortgage.

WRVR’s jocks are aware of this new trend; Les Davis, G.Keith Alexander, Harris, Herschel, Rob Crocker all work from a record library that includes everything anyone might want to hear, Django Reinhardt’s classic guitar stylings of the thirties might be played with the most recent, supper club-slick George Benson release; Louis ‘‘Pops’’ Armstrong’s prototypical trumpet playing shares the airwaves with Freddie Hubbard’s melodic sound; while Art Tatum’s piano magic is joyously blended with Ray Bryant’s 1970s boogie-woogie finger striding. WRVR plays it all, 24 hours a day.

The station’s listening audience is growing by leaps and bounds; their latest ratings confirms that they are reaching a whole new audience consisting of young whites, tired of Top 40 pablum, as well as hip Blacks and Latinos who were initially attracted to Disco until it became redundant.

The jocks at New York’s only Jazz station realize you cannot Just play music for an elite segment of the audience and survive in today’s hard nose communications industry. In this country success is measured by profit, that’s cold reality, and that is why today’s musicians and radio stations alike are playing songs for the people not for themselves.