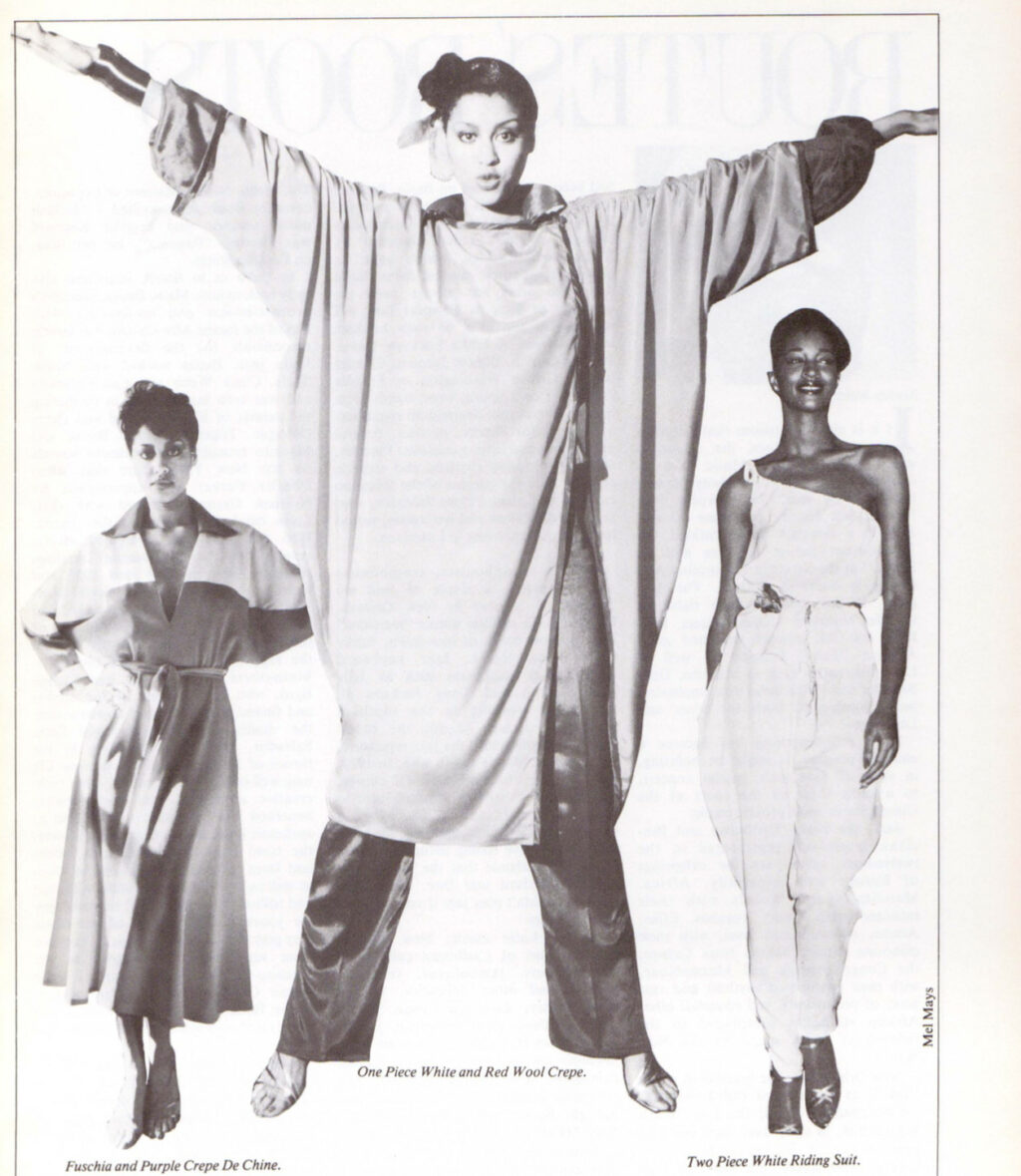 Fashion is and always will be a part of man’s existence. It’s an enhancement of the body’s beauty — and people always feel good when they look good. My designs do that for people, says Marian Williams.

Deva is the name of an exciting new clothing line designed by Marian Williams. Marian combines sensuality and sophistication to please the man and woman who wants to look good and feel good. The feeling, shape and fabric is uniquely Deva. Colors that dazzle the eye and imagination are the ideas behind Deva.

Deva premiered in 1977 at Bloomingdale’s New York store, hosted by Revlon and the line has been worn in Ebony’s Fashion Fair. Articles about the Deva line have appeared in the New York Times, the Soho News, the Daily News, Fashion Wear Daily, Women’s Wear Daily, and Eagle and Swan Magazine.

Marion not only designs for celebrities, but her label can be found at many of the fine boutiques in the city and around the country: Le  Grand Hotel, West Broadway at Houston; Darby’s, Kings Plaza, Brooklyn; Off Broadway, 72 Street and Broadway; Lonia’s, 55th St. and Fifth Ave.; Sonny’s, Kings Plaza, Brooklyn; Just Looking, Broadway and 81 St.; In Between Boutique, Fulton St., Lower Manhattan; Pierre Dolby’s, Fifth Ave. and 50 St. For further | information 243-9784