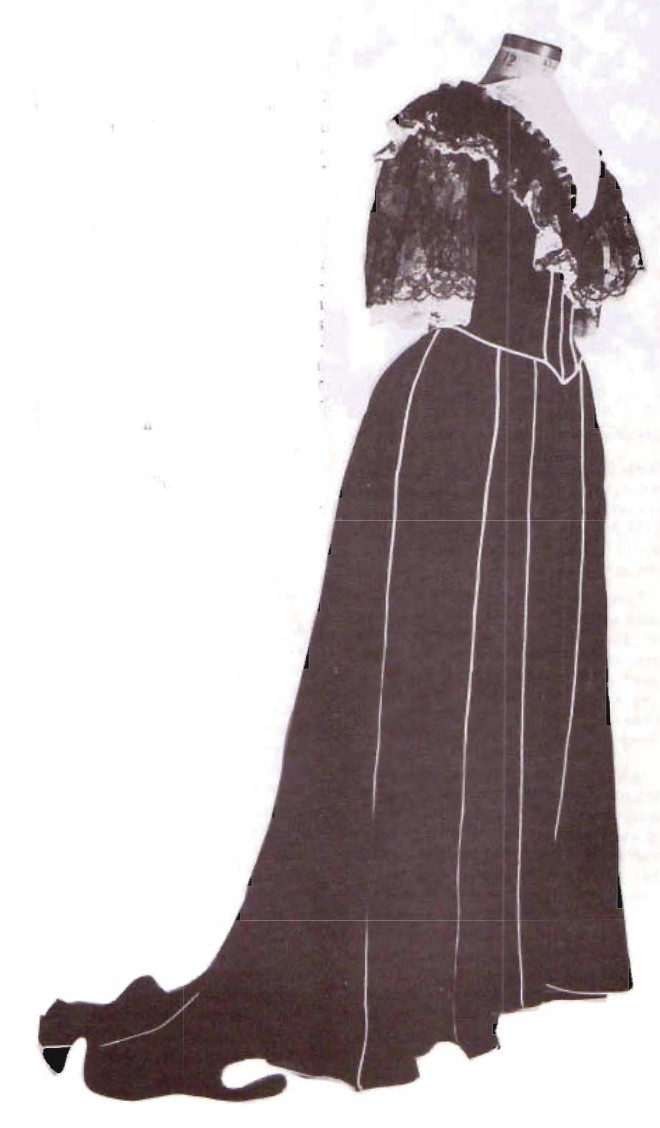 Behind the brick wall of a renovated Harlem brownstone, new discoveries from the annals of America’s fashion history are being unraveled — facts, figures, drawings and samples showing the wealth of creative talent offered to the fashion world by black designers and seamstresses. These discoveries belie a widespread misconception that black people are new found talent in the field of fashions.

Several years ago, a woman who knew better set out to correct this myth. On Sunday, Oct 21, 1979, Lois Alexander completed her mission to present to the world a museum that captures over a century of the colorful and fascinating world of black fashion. On that day in October, the doors of the Black Fashion Museum, located at 155 West 126th Street in Harlem, were opened to the public.

The museum, which rests in the shadows of the modern Harlem State Office complex, is the product of a labor of love. Witness, for example, the parlor’s charming turn of the century decor accentuated by its shimmering, wavy patterned wallpaper, the polished wood floor and the mahogany wood trim around the doors and windows.

One of the first museum pieces to arrest the eye is a line for line copy of the inaugural gown worn by Mrs, Abraham Lincoln. It was made by a black seamstress named Elizabeth Keckley, a former slave who bought her freedom by sewing. She created the First Lady’s gowns the entire time Lincoln was in the White House. The dress is executed in electric blue velvet, with white satin and black lace trim on the off-shoulder and elbow. The original is on view at the Smithsonian Institute in Washington, DC.

The parlor floor collection also includes a brown taffeta four-piece ensemble made in the 1850s, on loan from the collection of Mrs. Ann Lamb Davis of Greensboro, North Carolina. From that same donor, the museum acquired a white silk two-piece ensemble with fringe trimmed bodice and bustle and an authentic brown, orange and white print slave dress [circa 1865], which is now part of the Museum’s permanent collection.

Also on display is a child’s white christening robe and slip, made in 1918 by Beulah Carter. Mrs. Carter also donated an ecru pointe d’esprit wedding gown designed in 1895 by Annie Hauer of Brooklyn. Other fashion gems include a “white series’’ of 16 dresses made in 1888, lingerie dresses circa 1920 and a handkerchief lawn dress.

When the tour of the parlor floor is completed, visitors are invited to ascend the carpeted staircase to the museum’s third floor contemporary clothing collection. The most compelling piece in this group, for more reasons than one, is the yellow and black nylon Sunday-go-to-meetin’ floral print dress that Rosa Parks designed in 1955. Mrs. Parks never got to wear that dress, as she soon after found herself in the middle of the historic Montgomery bus boycott that launched the civil rights movement in the South, propelling a young preacher named Martin Luther King to its helm.

Rosa Parks set the wheels in motion when, tired after a hard day’s work, she sat herself down in the restricted section of a bus and refused to relinquish her seat. She was arrested, jailed and the rest is history,

Other items of interest are a white satin wedding gown from 1937, by Leana P. Thurman of Kansas City, a white ostrich-feathered and embroidered lace gown by Millicent Taylor and a stunning fire-engine red satin gown with rhinestone straps designed by Bernard Johnson of New York City.

Also featured on this floor is a display tribute to fashion designer Ann Lowe, who created and executed the wedding gown worn by Jacqueline Bouvier when she married John Fitzgerald Kennedy. Ms. Lowe, the great-granddaughter of a white plantation owner and a black slave, is now in her eighties, partially blind and lives in Harlem. Several of her creations are on display at the Metropolitan Museum of Art.

The museum’s gala October opening brought out dozens of famous and not-so-famous, as guests and well-wishers from around the country joined in the christening. A proclamation was issued by Governor Hugh Carey and Borough President Andrew Stein decreeing the day Black Fashion Museum Day in Manhattan. Civil Court judge-elect Bruce M. Wright performed the ribbon cutting ceremonies.

The Black Fashion Museum is an affiliate of the Harlem Institute of Fashion, which was founded by Lois Alexander in 1966. A $20,000 grant from the National Endowment of the Arts enabled Ms. Alexander to embark on a cross-country tour to find garments, memorabilia and donations of museum quality to add to the collection.

The Black Fashion Museum will serve as a repository for items conceived and executed by black designers and items worn by famous black personalities. Ms. Alexander has the costumes from the Broadway version of The Wiz stashed away in an adjacent building and is looking 16 acquire garments from such entertainment luminaries as Sammy Davis Jr., the Supremes. The museum’s offerings will be of both a temporary and permanent nature. Donations, financial and material, are always welcome and are tax-deductible if made out to the Harlem Institute of Fashion.