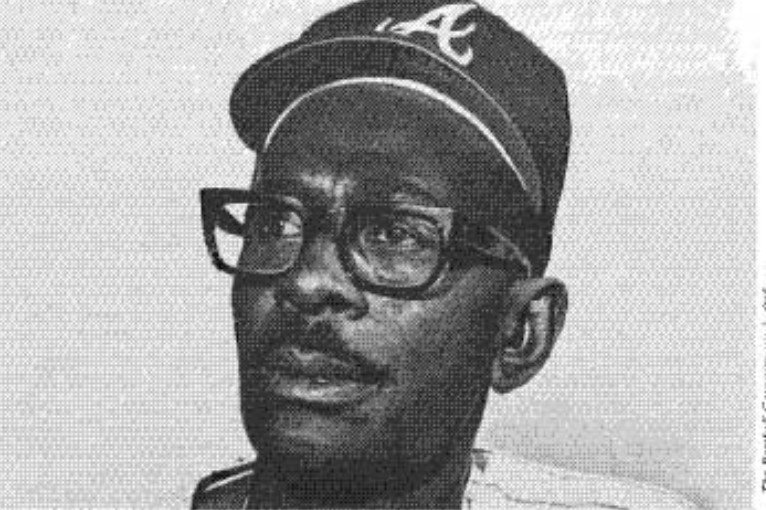 For more than half a century, from 1898 until 1947, black baseball players perfected the art of the game even though their activity was limited to the Negro Leagues.

It was during this time that great black baseball stars like Leroy Satchel Paige, Josh Gibson, Smokey Joe Williams, Pete Nill, Bill Yancey, and others were able to first flex their sports‘ muscles. They played mainly before black audiences, but once in a while had an integrated crowd during exhibition games with white teams. The Negro leaguers also played in Cuba, Mexico, Puerto Rico, and the Dominican Republic.

Leroy Satchel Paige was one of the prominent black baseball players in the Negro Leagues from 1926 until 1947, and is often described as one of the best ever to play the game. His pitching ability and accuracy cannot be measured by modern-day statistics, since no record books exist for those who played in the Negro Leagues, and among the meager statistics that are around, few can boast complete accuracy.

Paige’s effectiveness as a pitcher can be measured, in retrospect, by the comments and compliments paid him by white players and black teammates who played with or against him, According to Biz MacKey, one of the greatest catchers in the Negro Leagues, Paige’s fastball had that little something extra that made the difference between the good and the great pitcher. In 1937, Joe DiMaggio, the former New York Yankee great, said, “Satchel Paige is the greatest pitcher I ever faced, and should be in the big Leagues.”

Dizzy Dean, once the top pitcher for the St. Louis Cardinals, who played against Paige in the 1930s, said, “Satchel Paige is a better pitcher than I am, ever was, or will be. With me and Satch on the same team, we’d never lose a game.”

Paige started out as an overhand pitcher, but as he got older he used different techniques. He relied on his fast ball (trouble ball, Long Tom ball, bee ball) during the early part of his career. He perfected his hesitation pitch in the 1940s, which turned out to nothing more than a delay in his motion — but could throw off a batter’s timing. That pitch was later banned in the professional leagues.

Often before a game, Paige would predict he’d retire the first six or nine batters he faced. Rarely did he fail to stick to his promise, It has been said that he has struck out as many as 22 men in a game — a level he reached more than once, including a contest against major league players.

While in the Negro Leagues, Paige played for eight of the professional teams: the Birmingham Black Barons, the Pittsburgh Crawfords, the Cleveland Cubs (later renamed the Newark Elite Giants), the New Orleans Black Pelicans, the Baltimore Black Sox, the Chattanooga Black Lookouts, and the Kansas City Monarchs, and occasionally pitched a few games for several other black teams.

Paige estimated that by 1961 he had pitched in more than 2,500 games — winning roughy 2,000 of them. He is said to have pitched as many as 153 games in a single year and about 100 no-hit, no-run games. He was the highest paid of all black players, earning three to four times more than his colleagues — but his salary was a far cry from what managers and club owners were dishing out in the segregated major leagues.

Satchel never discussed his age. A birth certificate obtained by a baseball official in Mobile, Ala., Paige’s birthplace states he was born July 7, 1906, to John Paige, a gardener, and Lula Paige, as the seventh of 11 children. His family lived in the segregated black section of Mobile at the time.

At age seven, Paige worked after school to help fill the family bread basket. He carried bags at the railroad station for nickels and dimes. Legend has it that one day, he made a sling out of a pole and ropes to allow him to carry more bags per trip. After seeing his invention, the other redcaps labeled the young Paige a satchel tree. The nickname Satchel has clung to him ever since.

In between school and work, Satchel still found a little time to play baseball — that is when he wasn’t in trouble with the law or involved in rock throwing fights with young white kids. In 1918, he was sent to a reform school for black boys at Mt. Meigs, Alabama, for stealing toy rings from a store. During his five-year visit to Mt. Meigs, he played a lot of baseball and learned the ropes of pitching.

In the spring of 1924, a few months after his release, Paige played his first semi-professional game, pitching for a black team called the Mobile Tigers. He was paid one dollar. Paige went on to play for several semi-pro teams in the Mobile area and was later invited to play for the Chattanooga Black Lookouts, a club in the Southern Negro League.

In the years that followed, Paige jumped around from team to team, often playing for the sports club that offered him the most money. Traveling through the rural south and later in the big cities of the North, Paige would bed down in a ball park if his team had no money for a hotel room.

Pitching for the Pittsburgh Crawfords in 1931, Paige was well on his way toward becoming a nationally recognized pitcher. The Crawfords emerged as one of the best black barnstorming teams, with such stars as Judy Johnson, Oscar Charleston, Josh Gibson, Jimmie Crutchfield, Cool Papa Bell, and others. The Crawfords, who were not affiliated with any league, played against the top black and white teams. During the 1932 season, they won 99 games and lost only 36. Paige’s efforts on behalf of the Crawfords’s record gained him a monthly salary of $250. However, Paige would sometimes play for semi-pro clubs and earn an additional $100 to $500. He remained with the Crawfords through 1934 — the season he was the winning pitcher in the East-West game. At the close of the season, he left the Crawfords because owner Gue Greenlee refused to pay him more money.

A rare offer to play for an all-white team in Bismarck, North Dakota for $250 soon came up. He accepted, but overlooked his two-year contract he still had to finish in Pittsburgh. Greenlee, then president of the second Negro National League, promptly barred Paige from the league. He was welcomed back in 1936, when he returned to the Crawfords from Bismark.

In 1939, Paige developed a sore arm while playing in the Mexican League. He returned home where a doctor told him he would never throw another ball. Paige refused to give up, and, fighting the odds, signed with the Kansas City Monarchs, who picked him up to play on their second team as a pitcher and first baseman. The Monarchs were another driving team that played mainly in the Northwest and in Canada. That second chance uplifted Paige, who worked at his fastball until it had the fire and punch that once shook batters in their boots. The Monarchs won the Negro American League pennant from 1939 through 1942, with Paige as their ace pitcher. In 1942, he won three of the Monarchs’ four consecutive victories against the Homestead Grays, in the first Negro World Series that had been held since 1927.

Paige stayed with the Monarchs for the next five years, and in 1948 broke into the major leagues, a year after Jackie Robinson, another great black baseball player, shattered the color line in the big leagues and was assigned to the Brooklyn Dodgers.

A proud, 42-year-old Satchel Paige stood on the mound for the Cleveland Indians that year — the first black player to pitch in the American League and the oldest rookie in major league history at that time. In his first season, Paige pitched in 21 games — he won six and lost only one. The Indians let him go after the 1949 season, and Paige returned to barnstorming, only to appear in the major leagues again in 1951 in the uniform of the St. Louis Browns. After two years in Missouri, he commuted for 15 years between the major leagues and the life of a baseball barnstormer.

In 1967, toward the end of his professional career, Paige toured with the Indianapolis Clowns, receiving a $250 bonus when the team occasionally made an appearance at major league stadiums. During the off-season, he stumped as a sheriff’s deputy, later coached for the Atlanta Braves and tried unsuccessfully to run for the Missouri legislature. He now coaches the American Association’s Springfield, Illinois Red Birds.

After years of scrutiny by baseball officials, Satchel Paige, in 1969, was voted into the Baseball Hall of Fame in Cooperstown, New York.