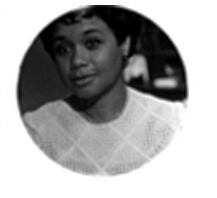 The new Micki Grant musical, It’s So Nice To Be Civilized, is scheduled to open on Broadway some time in late April. The interracial production about life in contemporary urban America had its debut last year at the AMAS Repertory Theatre. The show will be produced by Jay Julien and Larry Kalish, directed by Frank Corsaro, and choreographed by Mabel Robinson. Grant has scored several Broadway musicals, including Don’t Bother Me I Can’t Cope, Your Arms Too Short To Box With God, and Working.

The Negro Ensemble Company, NEC, has brought back Home, the Samm-Art Williams play about a young black man who leaves his southern home for the North. It will be featured at NEC’s St. Mark’s Playhouse through April. NEC has already produced five of Williams’s plays, including Welcome To Black River, The Coming, and Brass Birds Don’t Sing.

Jane White is currently starring in her own one-woman show at One Sheridan Square Theatre in Greenwich Village. Entitled Jane White, Who?, the show is an autobiographical account of her struggle in show business.

Indigo, a musical that takes a look at the blues, is not expected to make it to the Great White Way until the fall, even though it has been selling out in Toronto, Canada since the fall of 1979.

The Brooklyn Academy of Music (BAM), will again present Steps in Time, a tribute to tap dancing. The show will feature some great hoofers, including the Nicholas Brothers, Bunny Briggs, Leen Collins, Sandman Sims, Chuck Green, The Copasetics, Harold Singer and Joe Carroll. It was first staged last December and will run again from April 10-13.