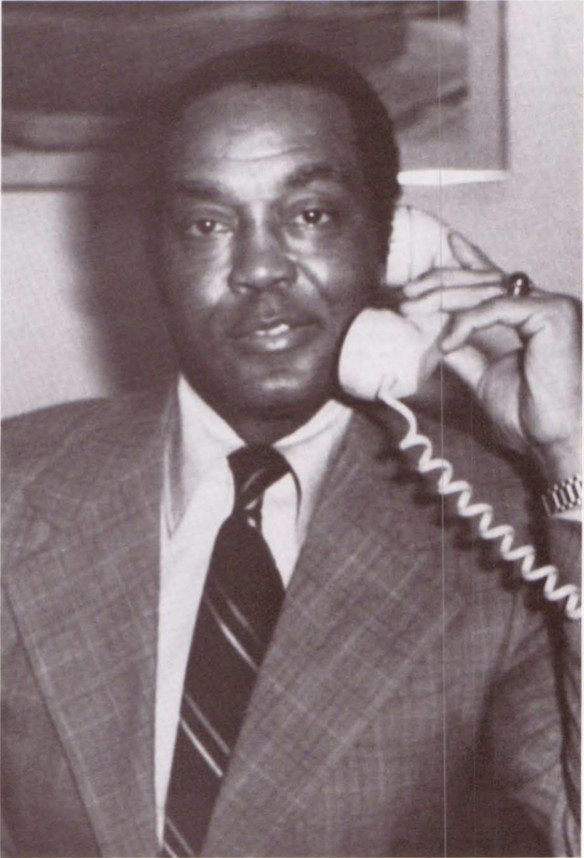 As special assistant, Irvin acts as a representative. His position calls for special skills in public relations and troubleshooting.

He has to explain the commissioner’s oftentimes unpopular points of view and actions to those who disagree. Case in point: Hank Aaron refused to show up for a luncheon in his honor because Kuhn was absent from the game where Aaron hit his record-breaking home run. Kuhn had sent Irvin. Apparently he (Kuhn) thought that was sufficient, but Hank Aaron didn’t think so, explained Irvin.

With players like Aaron and Lou Brock speaking out against the absence of blacks in front office, managerial and other pivotal baseball positions, Irvin is often in a tough situation.

He is one of the most respected figures in baseball and a man well-suited for his post. He considered his appointment a great opportunity. “I welcomed the chance to make a contribution, and I have done so,” Irvin once said, “If there hadn’t been a color line when I got out of high school, I think I could have made the majors at the age of 18.” Born in Columbia, Alabama, Irvin got his athletic start in an Orange, New Jersey school. After two years of college, he signed to play professional baseball in the Cuban Winter League, where he was spotted by a New York Giants scout and signed to play in the big leagues. He was a 30-year-old rookie and part of the Miracle Team of 1951 that came from 13 games behind, to take the pennant away from the Brooklyn Dodgers in a dramatic playoff game. Injuries, however, brought his career to an end in 1956, while with the Chicago Cubs.

Monte Irvin loves baseball. He knows his stuff. He doesn’t feel that the free agents, big salaries and superstars are having a negative effect on the game. Baseball is too great for that. As long as you have excellent baseball, as long as you have the stars playing the game, it’s going to be the number one sport.

Irvin knows what sports means to the youngster who dreams of breaking out of the limited horizons of the sand lot. It bothers him when accomplished athletes don’t take the time to inspire the young. Sportsmen have contributed to the overall struggle for blacks. We know there is a long way to go. Just like the intellectuals, athletes, too, have contributed.

Monte Irvin will be listened to in the future, learned from and as one of the bright minds in Bowie Kuhn’s office, will have some personal input into the solutions of many problems. He’s that kind of person.