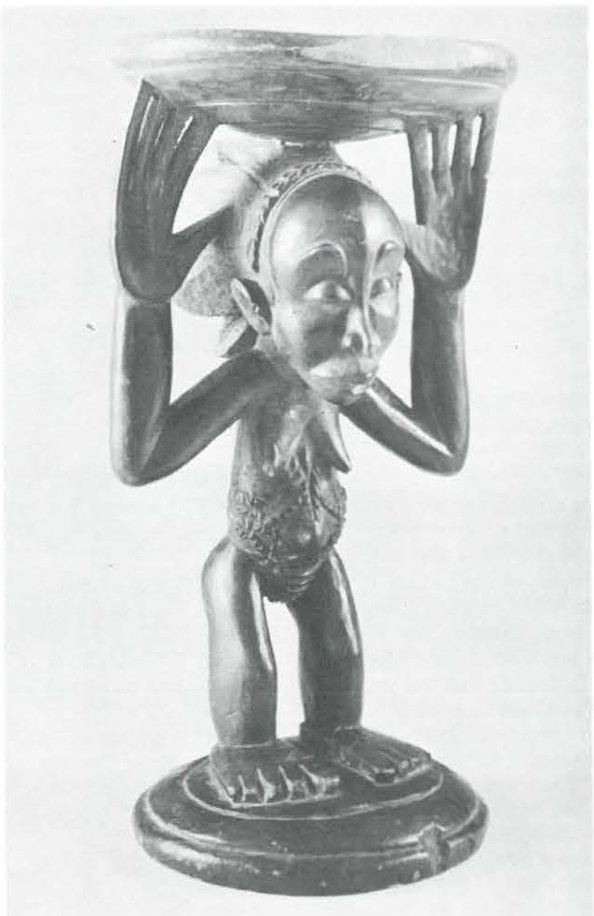 Years ago, when I first started to learn about African art, because there were few, if any, courses taught in school, the generalizations about African art were emphatic: (1) It was created by anonymous, illiterate carvers; (2) There was no aesthetic sensibility guiding the creation of the forms; and (3) Its only purpose was functional.

Now, as I learned at the recent Fifth Triennial African Art Symposium in Atlanta, the tables have turned. Aesthetics is the new by-word in African art research. Voluminous research is being conducted, utilizing random sampling and interview techniques to isolate aesthetic criteria among various African peoples.

Symptomatic of this new approach to African art is the exhibition, The Buli Master: An African Artist of the Nineteenth Century at the Metropolitan Museum of Art in New York. The focus of the exhibition is a female caryatid stool created during the period of the Luba Empire (16th-19th Century) which was located within the boundaries of present-day Zaire.

The Luba style is characterized by a round head, almond slit eyes, a triangular nose, and a parallel, slitted mouth. The Buli stool was carved by a Luba master who is the first African artist to have been identified and named. According to oral tradition, he was one Ngongo ya Chintu, of Kateba Village, located about 100 kilometers north of the town of Buli. His sculptural style is distinctive in its emphasis on the underlying bone structure particularly on the head, as well as in visually conveying the idea of the female figure actually stooped under the weight of the person who would sit on the stool.

Such anatomical consciousness is rare in African art, where figures tend to transcend mere physical considerations. This type of stool is peculiar to the Luba—like the Ashanti stool, and the Chokwe chair. It was made for kings, chiefs or family heads, and was used at formal receptions as symbols of authority. It invariably consisted of a circular seat supported by an element carved in the form of a standing or squatting woman. The Buli style featured an exaggeration of the feet and hands whose fingers splay out to visually reinforce the supporting function of the figure. The torso of the woman is covered with intricate designs representing the scarification, which was common to this area. The figures also sport elaborate hairdos which the Luba men and women constructed with the aid of cane frames, oil and clay. These magnificent coiffures often took up to 50 hours to complete and were expected to last two or three months. The Buli Master exhibit also includes several neck rests which protected these elaborate coiffures while the wearer was resting or sleeping. The neck rests mimic the form of the stools, and the tiny carved figures function compositionally in a similar manner. Several of the neck rests in the exhibition have been identified as carved by the same hand — the so-called Master of  the Cascade Hairdo.  These figures distinguished by a-two-tiered which flairs out from the skull,

The exhibition presents several examples of other female stools from Zaire region, and the comparison: instructive for their differences as their surprising similarities. This exhibition  represents a new direction in presenting African art to the public.

African art is no longer relegated to a lower rung within the art historical hierarchy. The past assumptions proven to be erroneous, and a new research will undoubtedly yield similar discoveries.