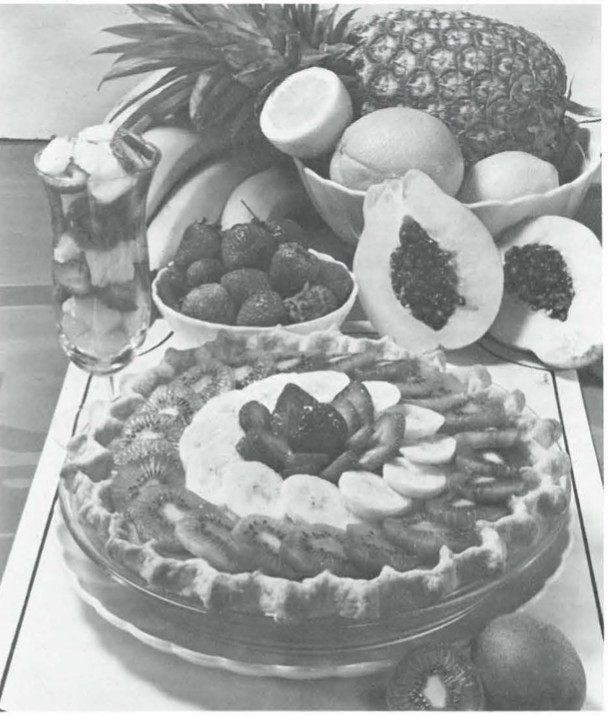 It couldn’t look less like its name. It’s dark purple, the size of a plum, hard, shriveled, and has slimy green seeds and pulp inside.

But the sign in the store said passion fruit and the grocery clerk insisted that it was and because the store was Balducci’s in Greenwich Village, I accepted that he was right and forked over a dollar to experience the tropics. After all, Balducci’s has the reputation of being the place in New York to get exotic fruits and vegetables.

Well, it wasn’t that great. Though a friend told me, it’s to die for served fresh in a bowl with heavy cream and sugar — just heaven!

As far as I was concerned, heaven could wait.

But I was amazed that in New York, vaguely dependent on the season, you can purchase just about every strange or hard to find food that is edible. And as a reminder of just how strange that in itself is, ask a friend from the suburbs or the hinterlands if their neighborhood grocer carries passion fruit, Cape gooseberries, mangoes, fresh lychee nuts or papaya – they might look at you as if you were from another planet.

Balducci’s maybe the other avant garde in presenting what’s new and exotic, but most specialty vegetable and fruit stores throughout the city will carry the delectables shortly thereafter. The stores with the widest variety seem to be operated by hard-working Chinese and Korean Americans, and can be found in most of the boroughs.

Just coming into the store now are the berries, black currants about the size of a cherry, they taste like small plums; boysenberries a cross between a blackberry and loganberry; blackberries larger than raspberries and not as tart; blueberries, huckleberries native to North America — they resemble a blackberry, and mulberries from the Mulberry tree, they’re similar in taste to the blackberry.

All of the berries are super with cream and sugar, or whipped cream. An Eastern European favorite is strawberries or raspberries with sour cream. Another sweet substitute to mix in with your berries comes from the Middle East, where yogurt and Kiefer are popular dressings

But the classical harbinger of summer is still the melon. While available in small numbers all year around, they’re now starting to hit the markets in full force with more varieties than can be mentioned, from the giant, pink, juicy watermelon to the golden colored Crenshaw.

Melons, African in origin, are closely related to the cucumber and are one of the oldest cultivated plants. They literally date back to the beginning of history and have been greatly prized because they can quench a thirst as well as water, and can grow in fairly arid climates. Usually served in slices, they can also be pickled and made into jams. Certain types of melons such as the cantaloupe, can also be served with sweet cream and berries.

Some Manhattan markets that carry the more exotic melons (including  Balducci’s) charge up to $6 a piece for them which has made the summer melon tasting party a sophisticated and costly rival of the wine tasting party.

So, with the variety of fruit available, it may be hard for you to imagine why the common apple got Adam and Eve kicked out of paradise, but if you’re allergic to sumac, eating a mango may remind you that all that grows and looks good is not meant to be eaten.

Called the peach of the tropics, the green, pink blushed mango is a member of the sumac family and can be poisonous to some individuals.