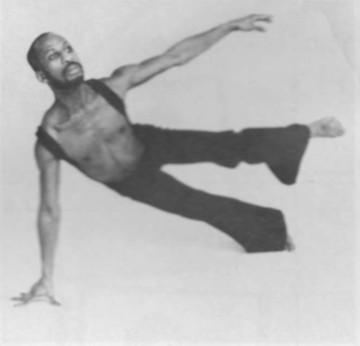 The American Ballet Theatre’s 40th anniversary was absolutely grand with a production of one of the oldest legends in ballet history, La Bayadere. Conceived, directed and choreographed by Natalia Makarova, the production was elaborate, elegant and obviously very costly.

La Bayadere is a passionate story of love, murder, mystery and revenge, set in exotic India. A love triangle exists between Nikiya, the temple dancer (bayadere), Solar, a noble warrior, and Gamzatti, the Radjah’s daughter. The ballet has many thrilling scenes, especially when Solar smokes a drug to see visions of his love dance with Nikiya. His hallucination lets him imagine that there are 24 Nikiyas in the Kingdom of the Shades as the corps paints the picture in dance.

This ballet story is a visual and aural feast, with several set changes and special effects. We were taken from the Sacred Forest to the Palace, from the temple where Solar marries Gamzatti, to the shadows of the great Buddha.

Nikiya, danced on alternating nights by Natialia Makarova and Jolinda Menendez, is murdered by her rival who hid a poisonous snake in a bouquet of flowers. The gods swear their vengeance against evil and the temple is destroyed.

The Alvin Ailey American Dance Theatre was not as inspiring as ABT. It has been said before and seems to ring truer every year—their main purpose is to dance for mass commercial consumption. There is a minimum of substance in the dance steps and themes, but loads of flash.

Two new pieces have been added to the repertoire. Later That Day, choreographed by Kathryn Posin is choppy and erratic, but typical of the work of her mentors, Louis Horst, Merce Cunningham and Anna Sokolow. It is difficult to watch, difficult to dance and the music by Phillip Glass drones on and on.

Donna Wood is excellent in Inside (Between Love…and Love). Replacing Judith Jamison as the lead dancer of the company, she seems to have no fears or sense of body limitations, as she flings herself around with total abandon in this magnetic, hypnotic look at the nature of love.

One of Ailey’s most satisfying pieces was the crowd pleaser, Suife Ofis, a tribute to the late Otis Redding and his music, choreographed by George Faison.

Eleo Pomare used to be the best known black activist in dance. His work is still based on social themes, tackling the movement and thought of prison isolation, the frustration of drug addiction and the psyche of the modern Lather and Cycle Man. Pomare’s troupe, however, seems to have a blind spot when it comes to the social issue of women. Of the six dances we viewed, five were either male solos or male pas de deux. One woman was featured in Sweet Deep Love, a work in progress, but her image was not appealing although the work has some innovative and humorous merit. The one female standout was Jocelyn Bergland, who danced the role of an Egyptian bird that burns itself alive and then rises from its own ashes in a piece entitled Phoenix.

One of the liveliest and most personable dance troupes from Africa, the Wulome Dance Company of Ghana, performed the folk opera Sasabonsam at the United Nations. They danced and sang praise to the warlords, blessed Mother Earth and even danced to the agony of being stung by an ant. Their visit to our shores was sponsored by the Marie Brooks Dance Research Theatre, who will soon travel to Ghana in an educational exchange program with the Wulomei company.