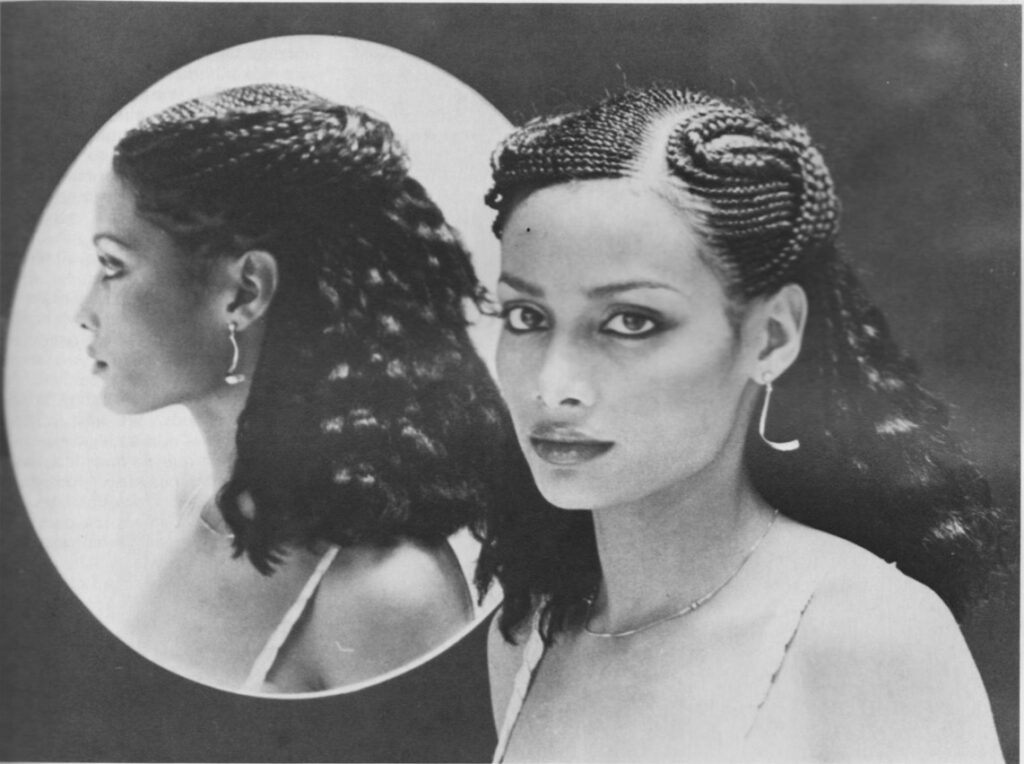 THIS TEXT IS MISSING BITS AND PIECES DUE TO BAD PDF! NEEDS SERIOUS PROOF READING

When I was growing up, the excepted ingredients for ideal feminine beauty were imposed on me by my mother. Not the least among these was long, flowing hair, preferably straight. That my sister and I would be fascinated with the cornrowed hair of the little girls across the street horrified my parent, who was on the passing on the precepts which she had learned at my grandmother’s. Cornrows, on straightened hair, and the like symbolize lack of sophistication — a condition to be avoided at all costs. We were to look to hair weaving salons, and straightening processes to get our here to be like that of the clear all girl.

Then came the liberation. Following the lead of pioneers such as Miriam Makeba and Cicely Tyson, we felt free to stop burning our hair and instead, let it blossom into a magnificent bush. This, in turn, led to the rediscovery of the art of braiding and patterning hair which had been practiced, and still is, by our ancestors and cousins in Africa. Braids were an art, not simply a fashion. The braided coiffures of Egyptian women, sometimes achieved through the use of wigs, offered inspiration, as did the marvelously sculptured and crafted coiffures created by men and women all over the continent.

Then came Bo Derek and that movie. A movie which talked about the preoccupation of men with finding the ultimate woman — the woman who would rate at the top of the scale—the woman who was a 10. And there she came, out of the water: 36-24-36, long legs, small hips, ample bosom; every anatomical detail tantalizingly revealed by her wet, clinging bathing suit; fair skin, blue eyes, blonde hair….in African braids? Yes, in African braids. A fad was born and many black women were angry. 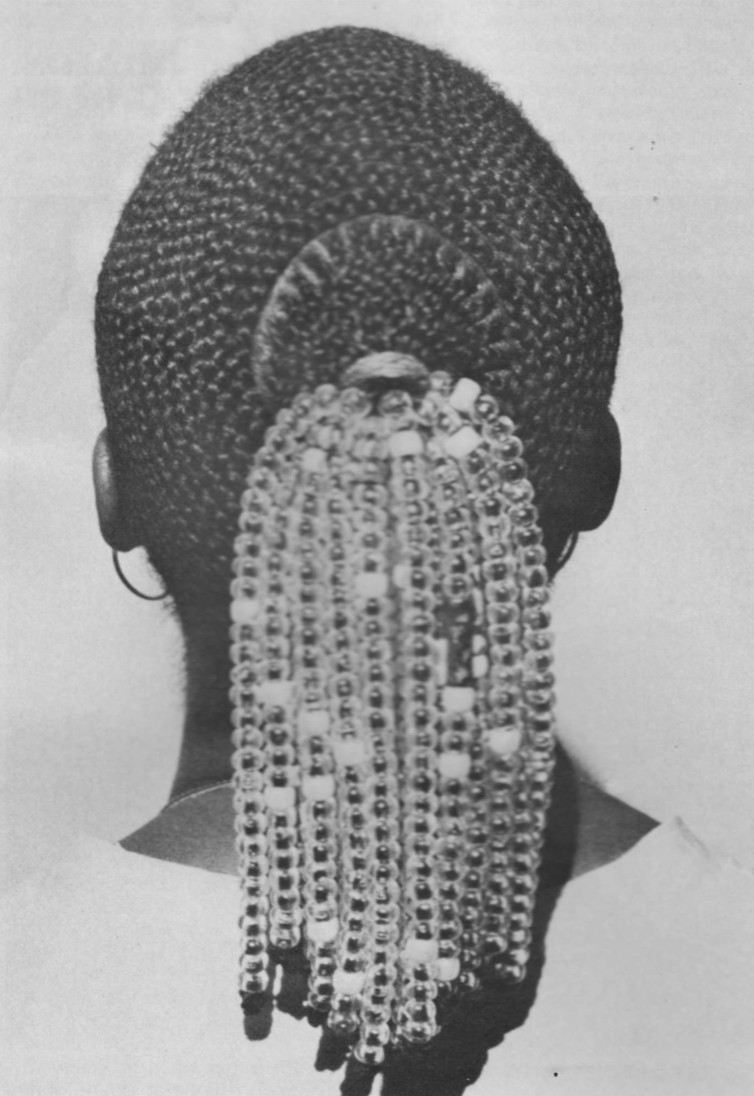 Suddenly women of all colors were bombarded with special segments on the six o’clock news about women having their hair braided and having to pay upwards of $300 at various salons. Stores began to feature barrettes and combs with fake braids attached to give you that instant hairdo or African accent. The protests were immediate, as Black America noted that Cicely Tyson, Stevie Wonder and other personalities had worn braids and cornrows long before Bo Derek emerged from the water.

The brouhaha was only partially justified. Braids are by no means the exclusive property of African peoples. A survey of fashion, costume and art books throughout history, reveals comparable stylistic manifestations in Europe, Asia and the Americas. All peoples, both male and female, have braided, shaved, bewigged, bejeweled, constructed and veiled their hair. The elaborately constructed coiffures arranged on and about bamboo frames in Africa, are rivaled by the extravagant wigs sported by the French aristocracy in the 18th Century. The girth and panoply of these coiffures were wondrous feats of art turned out by hairdressers, who would crown a powdered coiffure, already decked out in ribbons and bows, with model ships, and even bird cages complete with the live, singing bird.

The meticulous, voluptuous forms of traditional Japanese hairstyles also point to a similar sense of drama and presentation. Elsewhere, Pre-Columbian Indians as well as Africans in Angola and the Congo, elongated the supple forms of their children’s heads. These cranial shapes were later emphasized with the pulled-up and back hairdo complementing the line of the high forehead Renaissance women in Italy achieved a similar effect by plucking their hairlines—I used to remind my mother of this fact whenever she admonished me to wear bangs to hide my high forehead.

Scholars such as Bernard Rudofsky Michel Leiris, and Jacqueline Delange have demonstrated that these human foibles often had a significance far beyond the purely cosmetic. Often they marked transitions in life and status in society. For example, certain arrangements of head cloths, or the wear ing of certain types of ornaments, might be restricted according to a woman’s marital status. Or consider the bald head which is the bane of American men, and the sign of status in Kenya, even among women!

Given all these facts, why all the fuss about Bo Derek in 10.

Perhaps, for many black women, the fad was a bitter pill to swallow. The adoption of braids, not too many years ago, was the end result of a long struggle to find a unique black aesthetic that freed them from the tyranny of alien beauty standards. We had reclaimed that which was ours and had elevated it to an artistic tour de force that rivaled the creations of our African cousins. But there was an underlying uneasiness that the commercialized version once again shuffled aesthetics from subjugation to exoticism.

A couple of days ago, I encountered two specters which summed up the painful absurdity of it all—one woman was walking down Madison Avenue clad in a casual skirt and blouse, and sporting a white crocheted skull cap to which was added a fringe of white woolen braids, terminated in beads along the forehead and back edge of the cap. Her skin was reddened, tanned and leathery from too many sun-filled weekends on the beaches, or too many hours under the sunlamp.

The other woman emerged from an apartment building just a few yards away. Her coarse, gray hair was ill-concealed by a matted and molting synthetic wig, her brown complexion masked by a pasty, pinkish make-up. Two victims of the American dream; one risked cancer to look like the other, the other, in turn, distorted her looks to approximate the physical qualities of the first.

Undoubtedly, the Bo Derek fad will dissipate. But I wonder if my two specters will ever pass entirely from our experience.