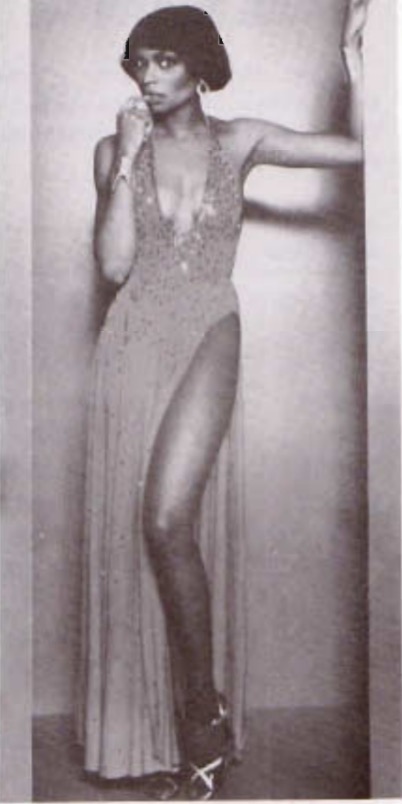 FOR THE KIDDIES … ABC’s “kids are people too” with handsome host Michael Young celebrated the beginning of its third season with a reception at Rumpelmayer’s Restaurant in the Saint Moritz hotel. The Emmy award winning Sunday morning entertainment series for young people will once again be produced in New York City by Laura Schrock, Hizzoner Ed Koch, omit other New York celebs, hosted the early evening party welcoming the show back to “Big Apple “… .

PAYNE FULLY ENJOYABLE … The beautiful and talented songstress Freda Payne received a thundering ovation following her opening night performance at Les Mouches. Clad in a white dress with a sexy side slit, sensuous open “tall on looks and talent” singer delivered a “mini” Vegas act, proving that she’s not only “just another pretty face.” The well arranged repertoire included the popular tunes Just The way you are, still, with one more look at you, and do you think I’m sexy? Freda was accompanied by a musical director/pianist Earl van Kyke, bassist Brian Allsop, drummer Peter Montano and guitarist Frank Paul.

SOULFUL MATE … While wifey Aretha Franklin was out on the West Coast basking in the glory of the fabulous reviews she received for an appearance in the money-making “Blues Brothers,” hubby Glenn Turman hit the East Coast with a bang! Ran into handsome Glenn at the popular watering spot for the BPP’s, the Cellar Restaurant. He was in route to Philadelphia to make his own waves in Ron Milner’s newest production “Seasons Reasons.” Costars in “Seasons” or Vonetta McGee, Ted Ross and Victor Willis, former lead singer of the Village People, husband of songstress Felicia Allen and brother-in-law of the Broadway star Debbie Allen.

LIZA’s MARK … Superstar Liza Minnelli assisted her hubby Mark Gero in the unveiling of his one-man, eight-piece sculpting showcase of human form abstracts in stone and wood, at the Point Rouge Gallery. Liza’s dear friend and favorite fashion designer Halston was on hand for the opening.

Demond Wilson upstaged everyone — the audience knew that the remaining acts could sing, but not the “dummy” as he was so affectionately referred to by his TV dead Redd Foxx. Well, dummy-up! Not only could Demond sing and tell good dirty jokes, but he danced and tapped his feet off as well.

I couldn’t believe how much I truly enjoyed the musical splendor of days gone by — good music never dies — it mellows with age. Radin’s Raiders should be the sleeper of the season!

CLOSING … Although Micki Grant’s “It’s So Nice To Be civilized” had a brief stint on Broadway, people are still talking about the marvelous performances by Vivian Reed, Mabel King, Obba Babatunde, the troupe of actors and dancers — and Vivian’s fabulous wardrobe. Despite the talented performers and the musical varieties of gospel, hard rock and disco, on opening night, some people didn’t return after intermission. They opted, instead, to get an early start on the premiere party at the Hisae restaurant on E. 58th St.