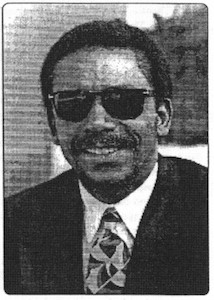 “A celebration and reunion of spirit… (A) historic and culturally significant event.” These were the words producer and artistic director Larry Leon Hamlin (September 25, 1948-June 6, 2007) used in describing the intent and impact of the 1991 National Black Theatre Festival. During the Opening night’s gala dinner Maya Angelou recounted the successes of the 1989 Festival then thanked Larry Leon for “dreaming such a big dream.”
This year’s festival was again held in Winston-Salem from August 5th through August 10th. It was the second of what will hopefully become a bi-annual gala tradition in Black Theatre. For six days, folks from Birmingham to Bermuda, from Louisiana to Liberia participated in cultural activities and educational events which taught them about the complexities of theatre.

But the Festival’s focus was, as its name clearly states, Black Theatre. And Black Theatre dressed up and showed out like only Black Theatre can. Each day was named after one or two celebrities who were to host the evening’s reception. The Stars were pre-selected and publicized, but an unofficial poll was tallied and talked about the following day.

For example, Monday was officially named after Denzel Washington. But the unofficial poll chose the African Drum Ensemble, Helen Martin and Carol Woods, the headliner act for opening night. It began with a powerful “song” of drums that called forth and paid tribute to God and our ancestors. Denzel’s Gala Dinner speech didn’t stand a chance against Helen Martin’s Living Legends Awards speech, which began (paraphrased quote) “I know I wasn’t asked to speak. but I got some things to say…”. And Carol Woods belted out a song from the musical Blues in the Night– the audience jumped to its feet and gave her arousing ovation that lasted several minutes.

Tuesday night, Avery Brooks moved a 1,300 plus member audiences to laughter, tears and song in an incomparable performance of the one-man show, Paul Robeson. He took seven curtain calls and could have had, easily, another seven to take had it not been interrupted with the untimely bestowal of a Festival plaque. Unquestionably, the night belonged to Avery Brooks, for whom it was named, but the day belonged to Joe Seneca. During the Living Legends Seminar, he recited an original poem entitled BAHMA. It filled the audience with pride and hope so fierce that they called to him, and applauded, and wept openly during the thunderous standing ovation that followed.

This is an account of the first two days. The others were just as exciting. When the Festival came to an end, as all good things must, it finished with the same panache with which it began: the rich rhythmic call and response of African drums permeating the lobby and mezzanine of the posh Stouffer Hotel — in salute to God, in salute to our ancestors, in celebration and reunion of spirit.

See the original layout of Routes, A Guide to Black Entertainment September 16, 1991 as pdf.