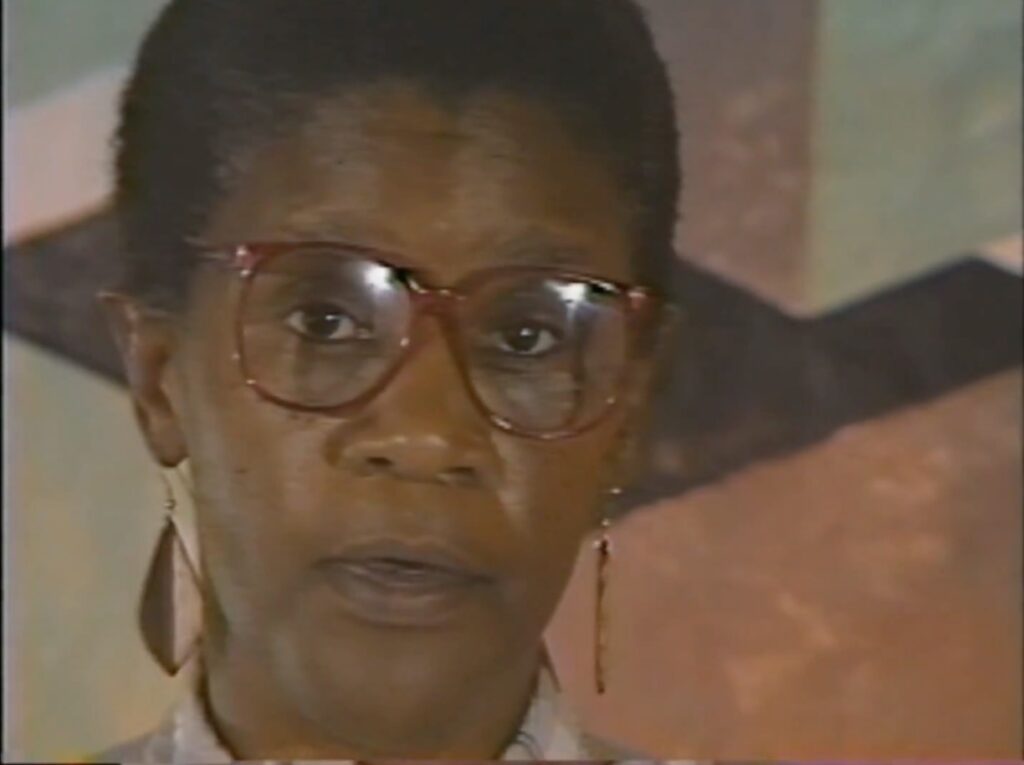 I tried finding photos of the “Mitote” production in 1991, alas I could not. However, I did find a video of Maisha Baton in 2016 reading her poetry in her apartment. I think the poetry reading is engaging.

The play is called MITOTE..Woman Talk. The word mitote is a Mexican colloquialism which playwright Maisha Baton translates as woman talk. The playbill further explains: Mitote or mito, as the Mexican men have called it, is an energy, a force that breathes life into an often cold world of male history. The Spanish word mito means myth..allegorical fiction, chiefly about a religious [or spiritual] subject. Maisha Baton’s play, Mitote, which unfortunately closed its second New York City run on Saturday, June 29, is as multileveled in meanings and messages as the Spanish words mitote and mito.

The one-act play is set in New Mexico at a time vaguely referred to as the American Western Traditional Period. Onstage are three women. Miss Yolanda (Lorenzo), Miss Kate (Jane Galvin-Lewis) and Miss Ruth (Linda H. Humes). The three actresses weave a magical spell as they move back and forth in time and in and out of reality to tell their individual, yet unifying tales of the African-American in the old southwest.

It is the tale of Miss Yolanda and her ghostly, dream lover, Esteban, the Spanish Blackamoor conquistador who made the first passage north from Mexico to what is now New Mexico. Big, black, red-plumed and handsome upon his horse, Esteban moves northward searching for gold and healing the Indians he meets along the way with his herbs and ancient African knowledge; while Miss Yolanda, in her time frame, awaits the return of this lover from a time long past. A lover who not only appears in her dreams but seems to transcend all laws of space and time by leaving love letters about the house.

It is the tale of Miss Ruth’s people, the Exodusters, freed slaves who pioneered parts of Oklahoma, Arizona and New Mexico. Miss Ruth, reading her-story from the patterns of her quilt and from the tea leaves tells of things unseen.

It is Miss Kate’s tale. Burly, tough Miss Kate of the gentle heart tricked The United States Army and fought alongside United States soldiers during the war with the Indians — until she was wounded and found out.