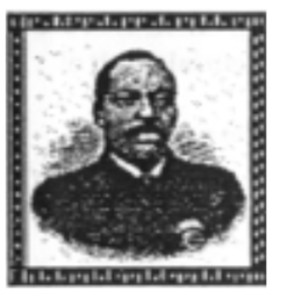 It was not uncommon for late nineteenth century railway passengers to offer up a quick prayer before boarding a train. Some, of course, prayed for protection against the menace of thieves and murderers along the road. More often, however, these prayers were a plea to God to see the train through its journey without a catastrophic collision. For prior to 1887, there was no system of communication between moving trains. Motormen had no way of knowing what the train behind or in front of them was up to —and often found out too late. And so, travel by railroad was pretty much a game of Russian roulette until Granville T. Woods’ invention and patent of the Synchronous Multiplex Railway Telegraph in 1887.

Woods was born in Columbus, Ohio, on April 23, 1856. He began his electrical and mechanical training at the “ripe old age” of ten when he left school to earn his keep as a machine shop helper. Woods later held various jobs on the Missouri railroad, eventually completing his education in electrical engineering at an Eastern college. By the age of twenty-two, Woods was employed as an engineer on the Ironsides, a British steamer. In 1880, he was employed by the Danville and Southern Railroad. But, as is still the case some one-hundred-ten years later, Woods soon reached the glass ceiling in the American corporate system and left to found his own company.

In its early days, The Woods’ Railway Telegraph Company was located in Cincinnati, Ohio. An article in the January 14,1886, Cincinnati, Ohio Catholic Tribune described Woods and his work “Granville T. Woods, the greatest colored inventor in the history of the race, and equal, if not superior, to any inventor in the country, is destined to revolutionize the mode of street car transit.” A year later, the same newspaper wrote, “Mr. Woods, who is the greatest electrician in the world, still continues to add to his long list of electrical inventions.”

Among the more than fifty products Woods’ inventive genius has given the world are: the “steam boiler furnace,” an “egg incubator” which was the forerunner of modern machines and the “automatic air brake” which was eventually obtained by the Westinghouse Air Brake Company.

Woods later moved his company from Cincinnati to New York City where he continued to produce and sell devices to large electrical manufacturers such as the American Bell Telephone Company and The General Electric Company. Many of the modern appliances and electrical devices which we take for granted are ours due to the creative genius, prolificacy and entrepreneurial spirit of Granville T. Woods.

Woods died in New York City, in 1910, at the age of fifty-four. A brief but well spent life.

See the original layout in the pdf version of Routes, A Guide to Black Entertainment July 22-28, 1991.